The prime ministers of Poland and Hungary are meeting Monday to discuss their threat to veto the European Union’s next budget and massive pandemic aid package that links the disbursement of funds to EU members’ rule of law standards.

Poland and Hungary have been in conflict with the EU for years over their democracy records and fear they may be targeted by the new mechanism that allows funds to be denied to those among the EU's 27 members who do not meet the bloc's standards. 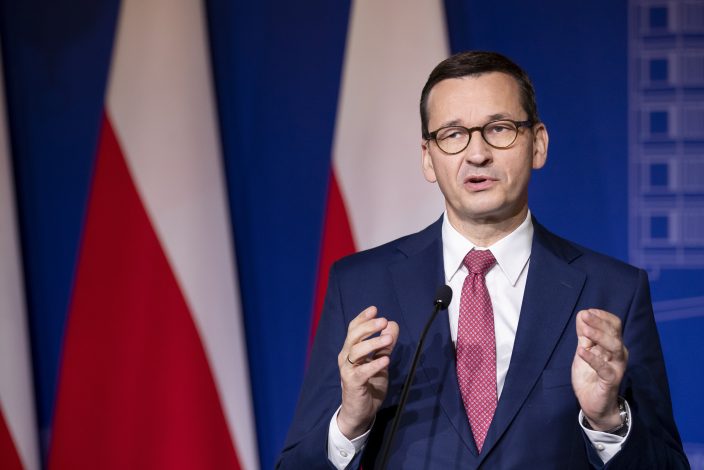 FILE - In this Sept. 17, 2020 file photo, Poland's Prime Minister Mateusz Morawiecki speaks during a news conference at the Palace of the Grand Dukes of Lithuania in Vilnius, Lithuania. Morawiecki says on Friday, Nov. 27 he has confirmed to German Chancellor Angela Merkel that Warsaw is ready to block the EU’s huge budget and recovery package because it’s linked to democratic standards in member states. Mateusz Morawiecki wrote on Facebook that he spoke with Merkel, whose country holds the rotating European Union presidency, about the 1.8 trillion-euro ($2.1 trillion) budget for 2021-2027 and the urgently needed coronavirus recovery package that is to be implemented in January.(AP PhotoMindaugas Kulbis, file)

It will be the leaders' second meeting on the subject in less than a week.

Thousands of women marched through ...