Indianapolis Colts punter Rigoberto Sanchez says he will have surgery Tuesday to have a cancerous tumor removed.

Sanchez made Monday's announcement in an Instagram post. He did not provide details about the diagnosis or how much time he might miss — only that doctors found the tumor before it spread to the rest of his body.

“I know that it will not be an easy bump on the road, but I know I have my amazing wife supporting me along with family, coaches, and friends reaching out," he wrote. 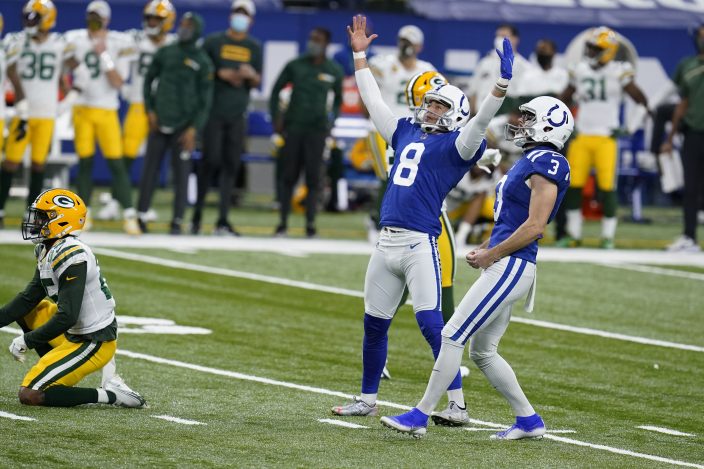 “Unfortunately, there are things you can’t control in life and this is one of them. No plans or preparation would have gotten me ready for this kind of adversity, but like I told my wife, we can’t flinch. Keep striving to come back stronger than ever. Makes me sick that I’ll have to miss some time playing beside my brothers, but I know they will hold it down."

Sanchez averaged 50.8 yards on five punts in Sunday's 45-26 loss to Tennessee, netting 40.8 yards on those kicks, but he did not kick off — something he's done since he entered the league as an undrafted rookie in 2017. Instead, the kickoff duties were performed by rookie kicker Rodrigo Blankenship.

Following the game, coach Frank Reich explained the change by saying Sanchez was dealing with a medical condition that required further evaluation and he was “proud” Sanchez performed as well as he did given the circumstances. 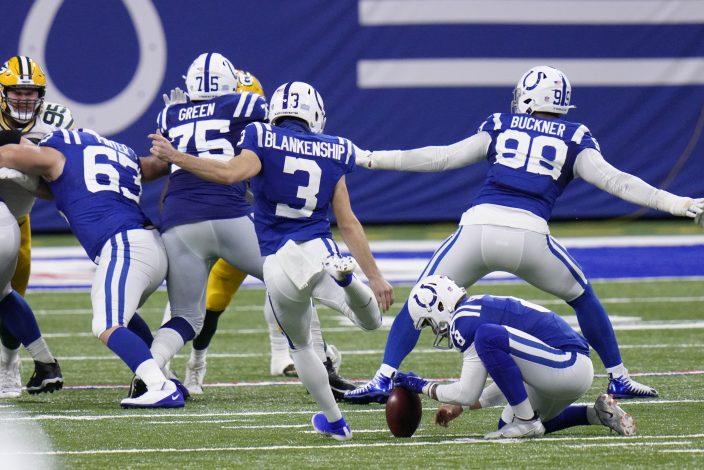 Indianapolis Colts kicker Rodrigo Blankenship (3) boots the winning field goal out of the hold of Rigoberto Sanchez (8) during overtime of an NFL football game against the Green Bay Packers, Sunday, Nov. 22, 2020, in Indianapolis. (AP PhotoAJ Mast)

Reich is scheduled to speak with reporters later Monday.