The San Francisco 49ers will play two home games in Arizona after new coronavirus regulations put in place by officials in Northern California forced the team to find a temporary new home.

The 49ers will host the Buffalo Bills next Monday and Washington on Dec. 13 at State Farm Stadium, home of the Arizona Cardinals. The team said it will have information on practice arrangements later.

The AFC East-leading Bills will be returning to Arizona for the second time in a little over three weeks, following a 32-30 loss to the Cardinals on Nov. 15. 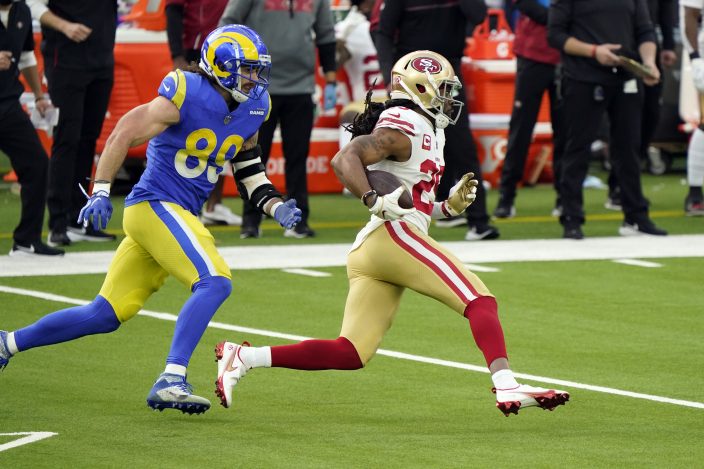 “The Cardinals organization, State Farm Stadium and League officials have been supportive and accommodating as we work through the many logistical issues involved in relocating NFL games," the 49ers said in a statement.

Santa Clara County, California, announced new rules Saturday that include a three-week ban on practices and games for contact sports starting Monday. The Niners were on a plane getting ready to travel to Los Angeles, where they beat the Rams 23-20 on Sunday, when the players and coaches heard about the rules.

The rules also will impact the San Jose Sharks of the NHL and college teams at Stanford and San Jose State.

Along with banning contact sports, the new rules require anyone who has traveled more than 150 miles from the county to quarantine for 14 days.