Georgia's top elections official on Monday announced investigations into potential violations of election law even as he continued to defend the integrity of the state's election against what he said are baseless attacks.

Secretary of State Brad Raffensperger has repeatedly said there has been no evidence of systemic election irregularities or fraud, but he said during a news conference at the state Capitol that his office is investigating any credible claims of illegal voting and violations of state election law.

More than 250 cases have been opened and need to be fully investigated, but there has been nothing so far that jumps out as being likely to change the outcome of the election, Gabriel Sterling, a top official in Raffensperger's office, said during the news conference. 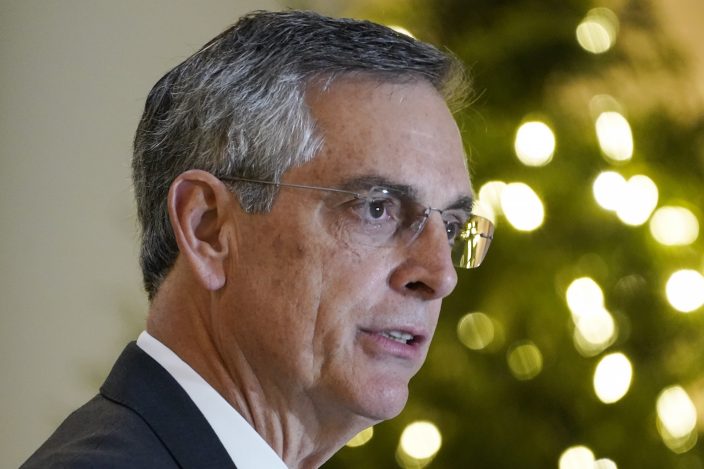 The secretary of state singled out groups that he said are working to register ineligible people to vote ahead of a high-profile runoff election for Georgia's two U.S. Senate seats. His office's 23 investigators also continue to look into allegations of problems with absentee ballots, as well as claims of people who voted twice, people who cast a ballot in a dead person's name and non-residents who voted in Georgia, he said.

But Raffensperger also punched back — as he has repeatedly in the weeks since the Nov. 3 general election — at allegations circulating online that the state's election was marred by widespread fraud. President Donald Trump, who narrowly lost to Democrat Joe Biden in Georgia, is among those criticizing the state's handling of the election.

“There are those who are exploiting the emotions of many Trump supporters with fantastic claims, half-truths, misinformation and, frankly, they’re misleading the president as well, apparently,” Raffensperger said. 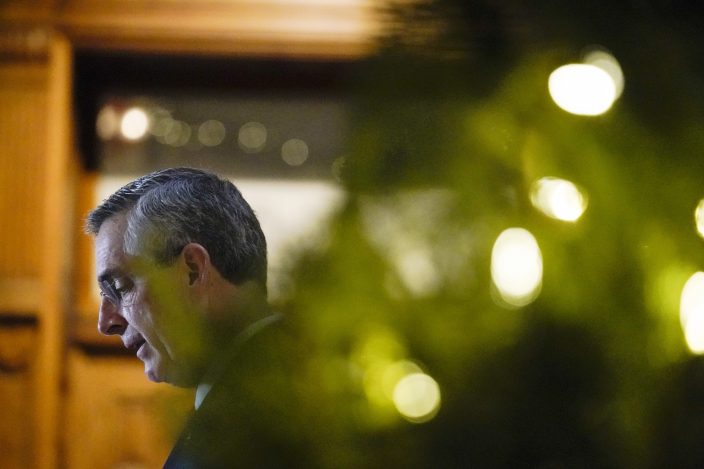 The secretary of state's office is looking into a sworn statement from a Republican official in Gwinnett County, in Atlanta's northeastern suburbs, that says there were more absentee ballots than absentee ballot envelopes, Raffensperger said.

“This is the kind of specific charge that our office can investigate and ascertain the truth," he said.

A county spokesman did not immediately respond to an email seeking comment Monday. 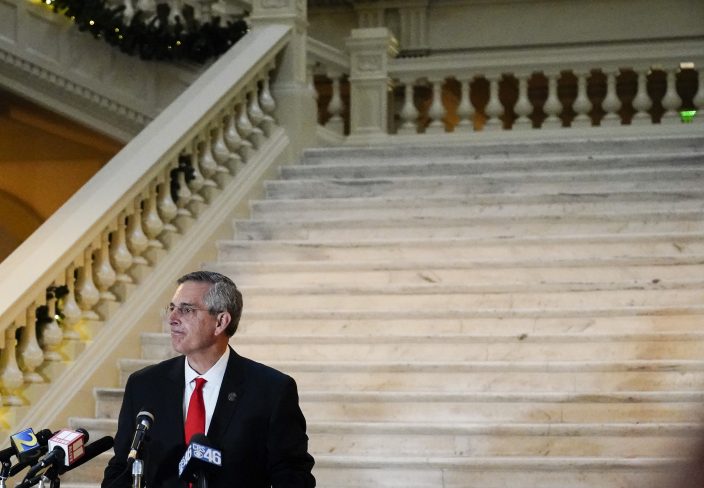 Raffensperger said his investigators are also looking into specific allegations of improper actions by four groups.

America Votes has sent absentee ballot applications to people at addresses where they haven't lived in more than 25 years, while Vote Forward tried to register a dead Alabama woman to vote in Georgia and the New Georgia Project sent voter registration applications to New York City, he said.

A spokesperson for America Votes said in an email to The Associated Press that the group is working to make sure every voice is heard. 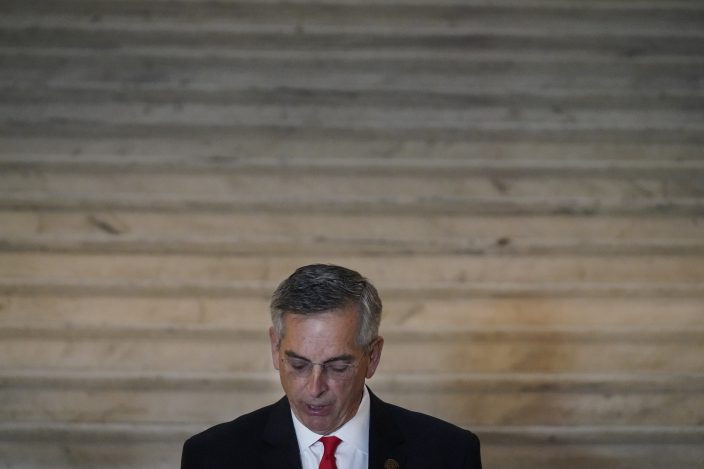 “America Votes has mailed registered voters in Georgia applications to safely and securely vote by mail in the January runoffs. These mailings were sent to the list of registered voters maintained by the Secretary of State," Sahil Mehrotra wrote.

Raffensperger also said a group called Operation New Voter Registration Georgia is telling college students they can change their registration to vote in Georgia for the runoff and then change it back to another state after the election. That group doesn't seem to have an online presence, and an email sent to an address on a flyer circulating on Twitter bounced back, saying the account doesn't exist. 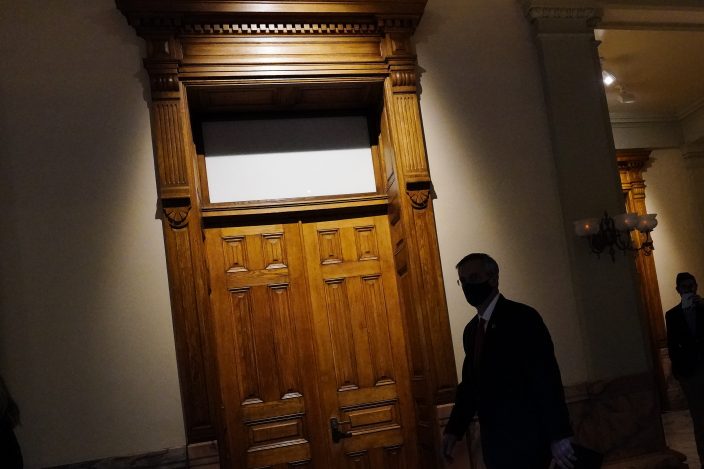 County election workers around the state are currently working on a recount of the presidential race that was requested by the Trump campaign, and Raffensperger said he expects them to finish by the Wednesday night deadline. Under state law, the losing candidate can request a recount when the margin is less than 0.5%. Certified results showed Trump losing to Biden by 12,670 votes, or 0.25%.

The recount, which is being done using scanners that read and tabulate votes, is the third time the votes in the presidential race are being counted in Georgia. After the initial count following Election Day, Raffensperger selected the presidential race for an audit required by state law. Because of the tight margin, he said, the audit required the roughly 5 million votes in that contest to be recounted by hand.

Blend it with Beckham: Neville hired to coach Inter Mia ...

Rarely has a coach’s job depended ...