The Hornets have re-signed center Bismack Biyombo and signed all four of this year’s draft picks, including first-round selection LaMelo Ball, on the eve of training camp.

Ball, the No. 3 pick in this year's draft, played for the Illawara Hawks of Australia’s National Basketball League, earning Rookie of the Year honors. He averaged 17 points, 7.5 rebounds and seven assists in 12 games and became the first player in the league since 2005 to record back-to-back triple-doubles. 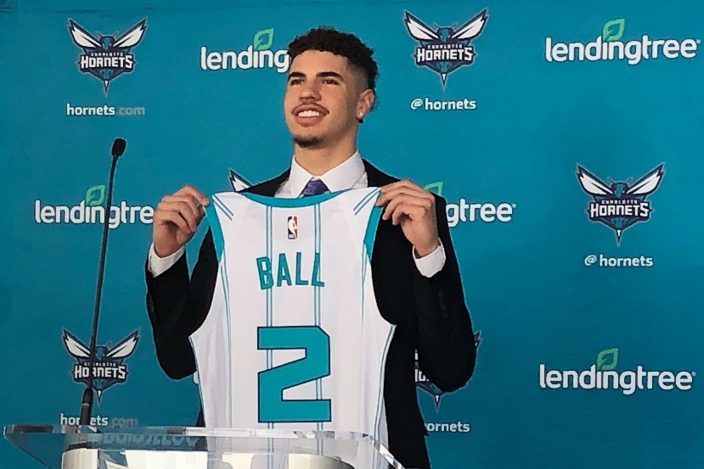 LaMelo Ball, selected by the Charlotte Hornets with the No. 3 overall pick in the NBA draft, holds up his jersey during an introductory news conference on Friday, Nov. 20, 2020, in Charlotte, N.C. (AP PhotoSteve Reed)

Biyombo appeared in 53 games last season for the Hornets, making 29 starts. The 6-foot-9 center averaged a career-high 7.4 points, 5.8 rebounds and 0.9 blocked shots in 19.4 minutes per game.