Irina Antonova, a charismatic art historian who presided over one of Russia's top art museums for more than half a century, has died at 98.

The Pushkin State Museum of Fine Arts said Antonova, its president, died in Moscow on Monday. It said Tuesday that Antonova last week tested positive for coronavirus, which exacerbated her chronic heart ailments.

Antonova began working at the Pushkin museum after her graduation in 1945, and in 1961 she became its director. She held the job until 2013, when she shifted into the ceremonial post of its president. The 52-year tenure made her the world's longest-serving director of a major art museum. 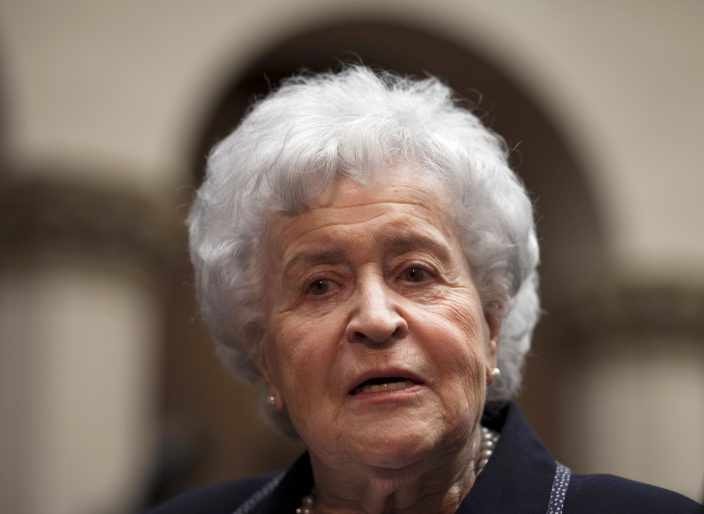 FILE - In this Friday, March 25, 2011 file photo, Irina Antonova, Director of the Pushkin fine arts museum, speaks at the opening of the exhibition at the Pushkin fine arts museum in Moscow, Russia. Antonova, a charismatic art historian who presided over one of Russia's top art museums for more than half-a-century, has died in Moscow on Monday, Nov. 30, 2020. She was 98. The Pushkin State Museum of Fine Arts said that Antonova last week tested positive for the coronavirus, which exacerbated her longtime chronic heart ailments. (AP photoAlexander Zemlianichenko, File)

As the Pushkin museum director, Antonova spearheaded major art exhibitions that saw the exchange of art treasures between the Pushkin Museum and top international art collections despite the Cold War-era tensions and constraints. Those exchanges, facilitated by her extensive personal contacts with colleagues in the museum world, brought Antonova wide acclaim worldwide.

She also was very active in promoting the museum's treasures to the public.

Antonova will be buried in Moscow's Novodevichy cemetery alongside her husband, who also was an art historian. Funeral ceremonies will be closed to the public amid coronavirus restrictions.

China law empowers coast guard to use force amid disput ...

China has authorized its coast gua ...