Bill Cosby's lawyers will argue Tuesday that his 2018 sex assault trial was marred by evidence and testimony that should have been excluded as they ask Pennsylvania's highest court to throw out the conviction.

Cosby, 83, has served more than two years of his three- to 10-year prison sentence for drugging and molesting a woman he met through the basketball program at his alma mater, Temple University. 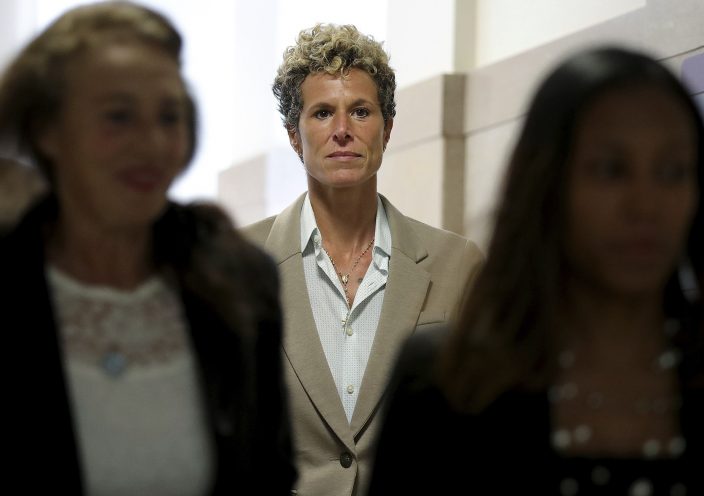 FILE - In this Sept. 24, 2018 file photo, accuser Andrea Constand returns to the courtroom during a lunch break at the sentencing hearing for Bill Cosby at the Montgomery County Courthouse in Norristown, Pa. Cosby, 83, has spent more than two years in prison since he was convicted of drugging and sexually assaulting Constand, a Temple University employee he had taken under his wing, in 2004. Now the Pennsylvania Supreme Court is set to hear his appeal of the conviction on Tuesday, Dec. 1, 2020. The arguments will focus on the trial judge's decision to let five other accusers testify for the prosecution. (David MaialettiThe Philadelphia Inquirer via AP, Pool)

The defense has challenged the judge's decision to let five other accusers testify for the prosecution about their encounters with Cosby in the 1980s. The women said Cosby offered them acting training or mentorship, but then sexually assaulted them after they were drugged or intoxicated. That's the same behavior trial accuser Andrea Constand said she experienced at his estate near Philadelphia in 2004. Courts have long wrestled with decisions about when other accusers should be allowed to testify in criminal cases. The Pennsylvania Supreme Court appears eager to address the issue.

The defense will also contest the decision to let the jury hear damaging testimony Cosby gave in a sexual battery and defamation lawsuit Constand filed against him in 2005.

The testimony was sealed for nearly a decade until The Associated Press asked a federal judge to release documents from the case as more Cosby accusers came forward. The judge agreed, and prosecutors in suburban Philadelphia reopened Constand's 2005 complaint against Cosby in 2015 — just months before the statute of limitations to arrest him would have expired. 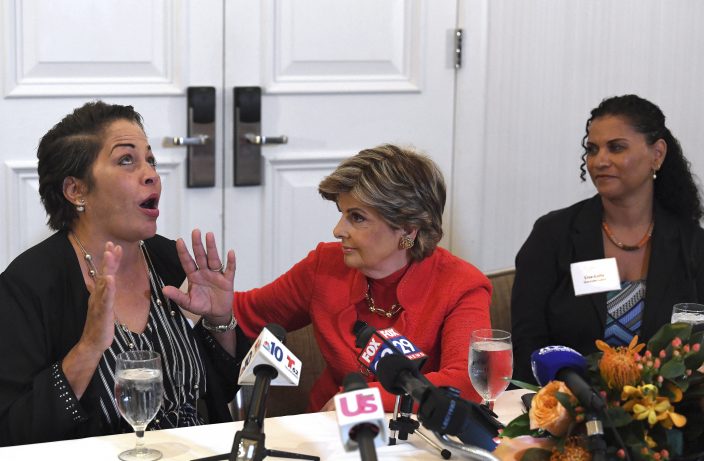 FILE - In this Sept. 23, 2018 file photo, attorney, Gloria Allred, center, along with her clients, Chelan Lasha, left, and Lise-Lotte Lublin, right, both of whom have accused Bill Cosby of sexual assault, talk to the media during a press conference at the Le Meridien Hotel in Philadelphia, Pa. Cosby has spent more than two years in prison since he was convicted of sexual assault in the first celebrity trial of the #MeToo era. Now the Pennsylvania Supreme Court is set to hear his appeal of the conviction on Tuesday, Dec. 1, 2020. The arguments will focus on the trial judge's decision to let five other accusers testify for the prosecution. (Jose F. MorenoThe Philadelphia Inquirer via AP, File)

Legal advocates line up on both sides of Bill Cosby's appeal