Climate change, voracious beetles and disease are imperiling the long-term survival of a high-elevation pine tree that's a key source of food for some grizzly bears and found across the U.S. West, U.S. officials said Tuesday.

A Fish and Wildlife Service proposal scheduled to be published Wednesday would protect the whitebark pine tree as a threatened species under the Endangered Species Act, according to documents posted by the Office of the Federal Register.

But the agency said it doesn't plan to designate which forested areas are critical to the tree's survival, stopping short of what some environmentalists argue is needed. 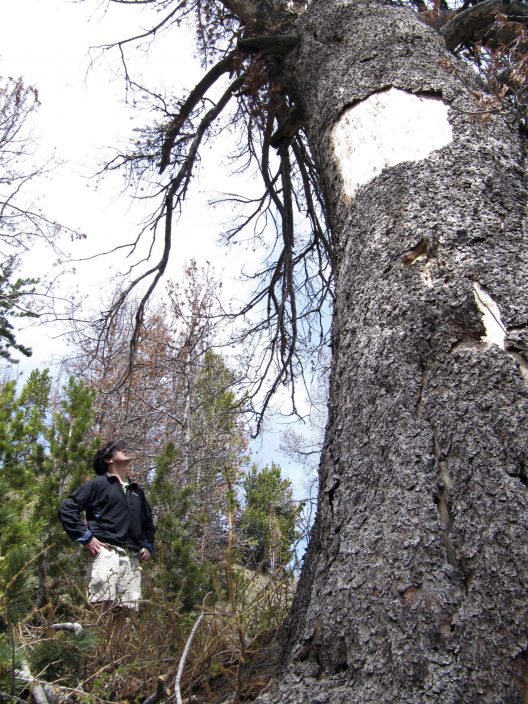 Environmentalists had petitioned the government in 2008 to protect the trees that grow in Wyoming, Montana, Idaho, Washington, Oregon, California, Nevada and western Canada.

They’ve been all but wiped out in some areas, including the eastern edge of Yellowstone National Park, where they are a source of food for threatened grizzly bears. 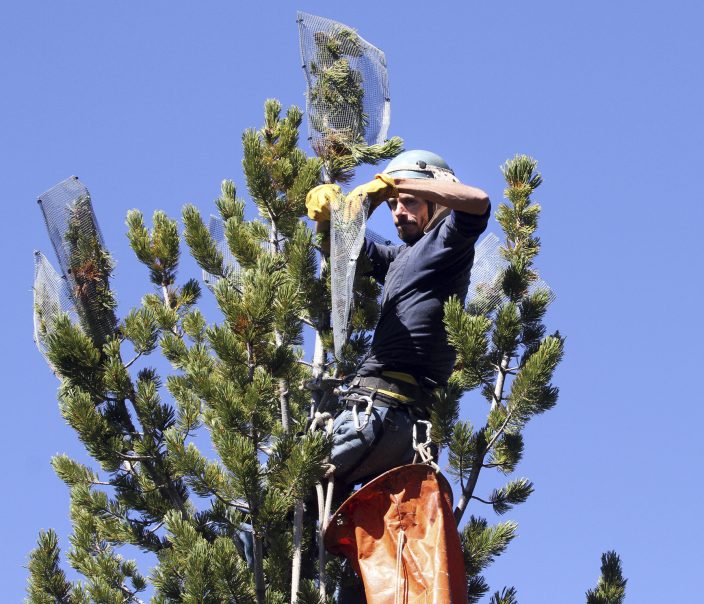 FILE - In this 2013 file photo, cone collectors like Gabe Thorne, of Hamilton, head up into the high country around the west to climb to the very top of whitebark pine and collect cones from disease-free trees in Sula, Mont. U.S. officials say climate change, beetles and a deadly fungus are imperiling the long-term survival of the high-elevation tree found in the western U.S.. (AP PhotoRavalli Republic via AP, File)

Grizzlies raid squirrel caches of whitebark pine cones and devour the seeds within the cones to fatten up for winter.

A nonnative fungus has been killing whitebark pines for a century. More recently, the trees have proven vulnerable to bark beetles that have killed millions of acres of forest and climate change that scientific studies have said are responsible for more severe wildfire seasons.

The government’s proposal described the threats to the trees as “imminent” and said whitebark was one of many plants expected to be impacted as climate change moves faster than they are able to adapt.

“Whitebark pine survives at high elevations already, so there is little remaining habitat in many areas for the species to migrate to higher elevations in response to warmer temperatures," Fish and Wildlife Service officials wrote.

An attorney with the Natural Resources Defense Council, which submitted the 2008 petition for protections, lamented that it took so long for the government to act but said the proposal was still worth celebrating.

“This is the federal government admitting that climate change is killing off a widely-distributed tree, and we know that's just the tip of the iceberg. There are many species threatened," said Rebecca Riley, legal director for the environmental group's nature program.