Joe Biden is calling on Congress to pass a “robust package for relief” to address the economic and public health crisis brought on by the COVID pandemic. 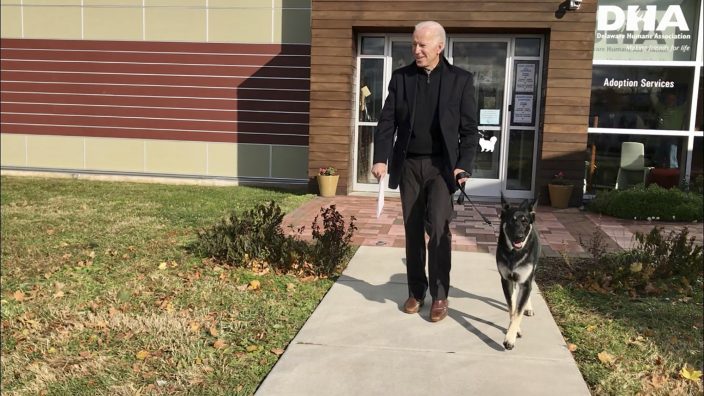 FILE - This Nov. 16, 2018, photo, file provided by the Delaware Humane Association shows Joe Biden and his newly-adopted German shepherd Major, in Wilmington, Del. President-elect Biden will likely wear a walking boot for the next several weeks as he recovers from breaking his right foot while playing with his dog Major on Saturday, Nov. 28, 2020, his doctor said. (Stephanie CarterDelaware Humane Association via AP)

The president-elect made the comments introducing his economic team in Wilmington, Delaware, on Tuesday. Congressional leaders have been locked in a stalemate over a COVID relief package, with Democrats and Republicans unable to agree on the price tag or content of a potential bill, though a team of bipartisan lawmakers released their own compromise legislation on Tuesday.

Biden said, however, any package passed during the lame duck session of Congress would be “at best just a start” and that his team is already working on his own proposal for the new Congress “to address the multiple crises we’re facing.” He said the team of economic advisers he announced Tuesday would play a “critical role” in shaping the Biden administration’s plan to revive the economy. 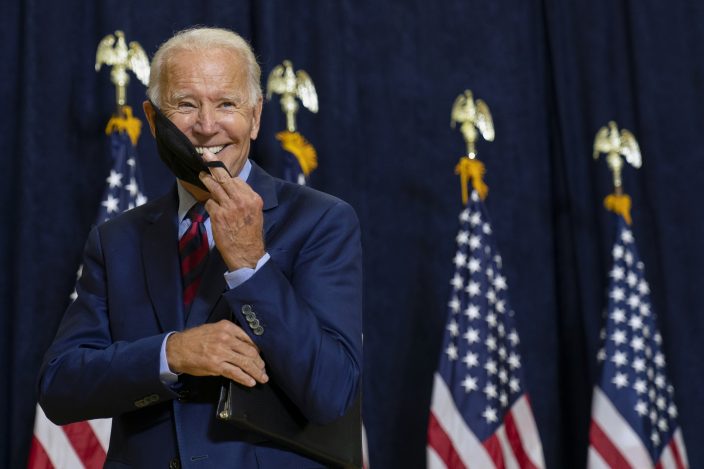 — Trump headed to Georgia as a turnout driver, but also a threat 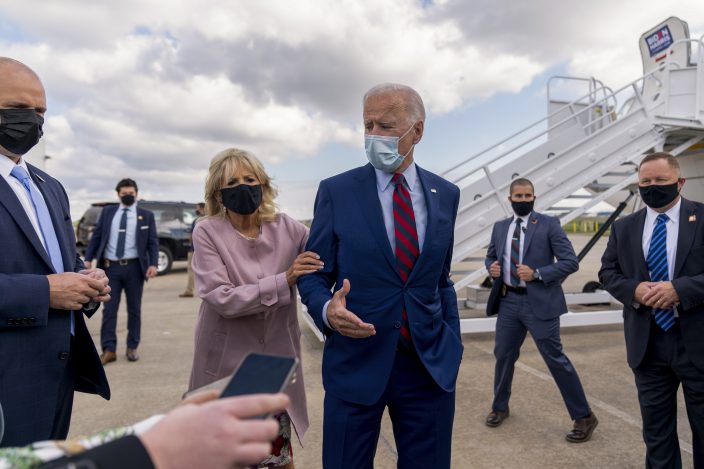 Jill Biden moves her husband, Democratic presidential candidate former Vice President Joe Biden, back from members of the media as he speaks outside his campaign plane in New Castle, Del., on Oct. 5, 2020. (AP PhotoAndrew Harnik)

— It’s Major: Pets poised for a return to the White House 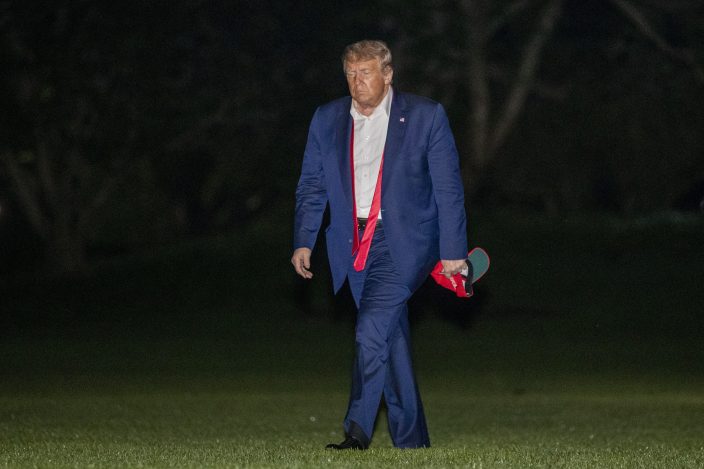 President Donald Trump, returning from a campaign rally in Tulsa, Okla., walks across the South Lawn of the White House in Washington after stepping off the Marine One helicopter, early Sunday, June 21, 2020. (AP PhotoPatrick Semansky)

Joe Biden is wearing a boot publicly for the first time, after fracturing his foot while playing with one of his dogs over the weekend.

The president-elect wore the boot at an event where he introduced his economic team Tuesday afternoon, walking with no obvious limp onto the stage. His doctor said Sunday that he suffered small fractures to his right foot from the incident and would likely have to wear a walking boot “for several weeks.”

Arriving to the event, Biden pointed to the boot and raised his leg as if to show it off. He walked gingerly, telling reporters his foot was “good.” The event was set up with chairs and tables, allowing Biden to sit when he wasn’t speaking before a podium in the center of the stage._