Turkish Cypriot leader Ersin Tatar said Tuesday efforts to resolve Cyprus’ ethnic division should start fresh and aim to achieve a two-state deal, because decades of negotiations for a federation-based agreement have got nowhere.

Tatar said a regional “new state of affairs” that takes into account the discovery of significant gas deposits off Cyprus creates the need for a two-state accord, under which equally sovereign Greek Cypriots and Turkish Cypriots can live “side by side.” 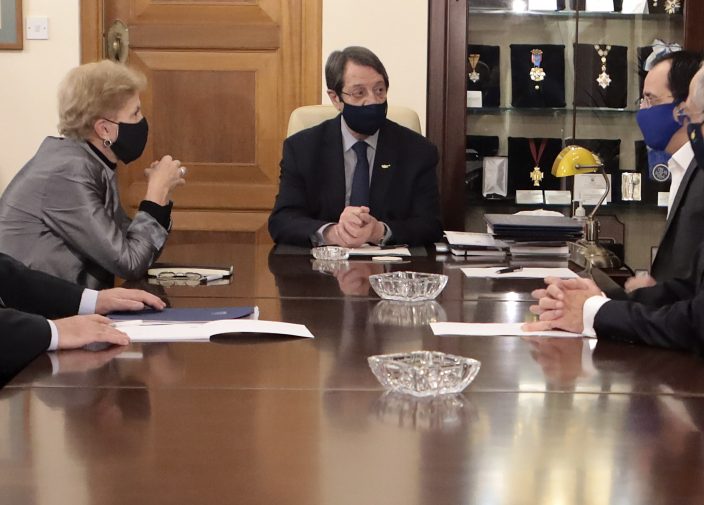 Tatar spoke after meeting United Nations envoy Jane Holl Lute, who arrived on the island nation to scope out chances of resuming peace talks that have remained dormant since 2017.

The approach by Tatar, a right-wing hardliner who defeated a leftist incumbent in Turkish Cypriot leadership elections in October, threatens to upend a 1977 agreement for the two sides to negotiate a federation.

Cyprus was divided in 1974 when Turkey invaded following a coup aimed at union with Greece. The island’s internationally recognized government is seated in the Greek Cypriot south. Only Turkey recognizes a Turkish Cypriot declaration of independence in the north.

The majority Greek Cypriots reject a two-state deal or any other arrangement legally sanctioning the country’s division by lending recognition to a breakaway entity.

Lute met late Tuesday with Greek Cypriot President Nicos Anastasiades who expressed his willingness to take part in the conference in hopes of resuming peace talks where they left off in 2017, according to government spokesman Kyriakos Koushos.

Lute will travel to Greece on Wednesday and to Turkey later this month for more talks.