Arsenal defender David Luiz is “in good health” after his clash of heads with Raul Jimenez but was traumatized by the incident that left the Wolverhampton striker with a fractured skull, the English club said Tuesday.

An update of the condition of Luiz gave no indication of any delayed concussion for the Brazil international, who carried on playing until halftime after the clash with Jimenez in the fifth minute of Sunday's Premier League game. Arsenal has maintained that Luiz remained conscious at all times.

The club said Luiz was substituted because he experienced bleeding and discomfort from a deep cut on his head. That cut will take some days to heal, Arsenal said, so Luiz will be unavailable for the Europa League match against Rapid Vienna on Thursday. 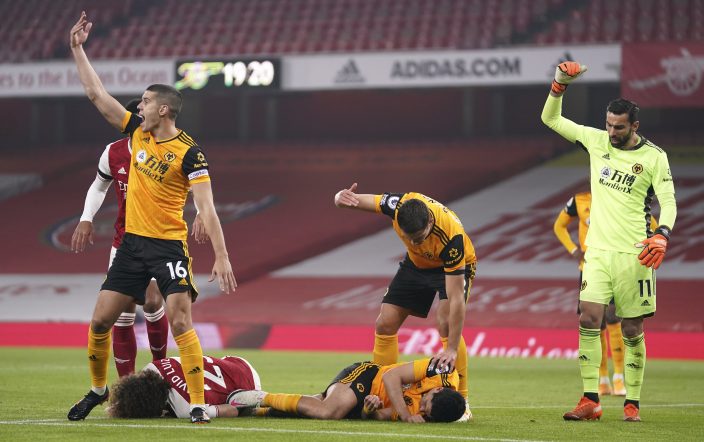 “Close care of David’s cut and general monitoring of his wellbeing will continue in the coming days and David continues to be in good health,” Arsenal said.

Arsenal sent its best wishes to Jimenez, who is under observation in the hospital after having surgery to treat a fractured skull.

“Together with David, our thoughts and best wishes continue to be with Raul Jimenez and his family, and we hope Raul has a strong recovery,” Arsenal said. “This accident has also been traumatic for David and the club will be giving him all the support he needs during this time.”

The head of the World Food Program ...

Biden's pick for UN post says US will counter Chin ...