President Andrés Manuel López Obrador took office two years ago promising to transform Mexico, but he acknowledged Tuesday that some pledges have been hard to keep.

The president said in a sober, restrained ceremony marking his second anniversary in office that “there is still a long way to go to bring peace to the country.”

Homicide rates have barely budged from his predecessor’s last year in office, with Mexico still registering about 3,000 homicides per month.

Mexican President Andres Manuel Lopez Obrador raises his arms after a speech during the commemoration of his second anniversary in office, at the National Palace in Mexico City, Tuesday, Dec. 1, 2020. (AP PhotoMarco Ugarte)

Nor has the coronavirus pandemic slowed the killings, though the disease itself has killed about 106,000 people in Mexico and has devastated the economy.

López Obrador touted progress in the fight against corruption and in government building projects, and claimed that over 70% of Mexicans want him to go on governing. Still, the country is more polarized than ever between his supporters and those who oppose him.

He said the government austerity drive had saved the country billions, but acknowledged his plan to transfer centralized government offices to cities throughout the country was a promise that he hadn't fulfilled. 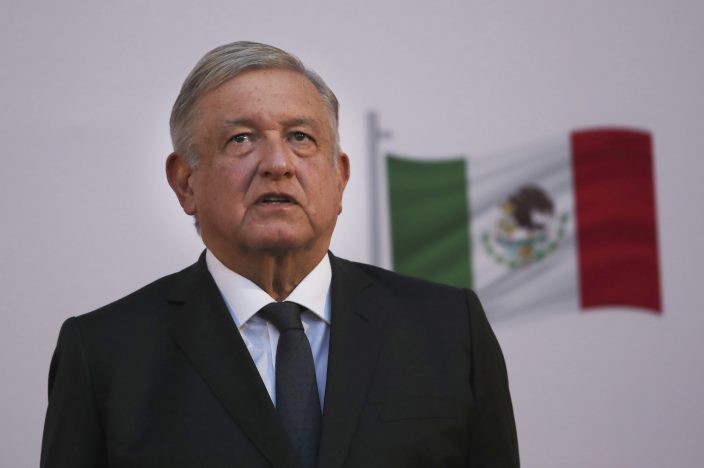 Mexican President Andrés Manuel López Obrador stands during the commemoration of his second anniversary in office, at the National Palace in Mexico City, on Tuesday, December 1, 2020. (AP Photo Marco Ugarte )

“Not everything is perfect," he said, but added “we have established the basis for transforming Mexico.” 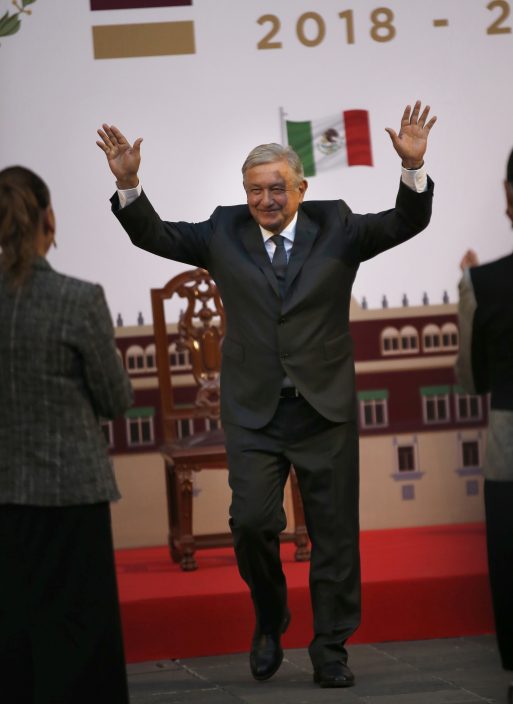 Mexican President Andres Manuel Lopez Obrador walks toward first lady Beatriz Gutierrez at the end of a ceremony to mark his second anniversary in office, at the National Palace in Mexico City, on Tuesday, December 1, 2020. (Photo APMarco Ugarte)