The United Nations says it and Ethiopia's government have signed a deal to allow “unimpeded” humanitarian access to the embattled Tigray region, at least the parts now under federal government control.

This will allow the first aid into the region of 6 million people that has been cut off during fighting that began a month ago between the federal and Tigray regional governments. Each regards the other as illegal in a power struggle that has been months in the making.

For weeks, the U.N. and others have pleaded for aid access amid reports of food, medicines and other supplies running out. 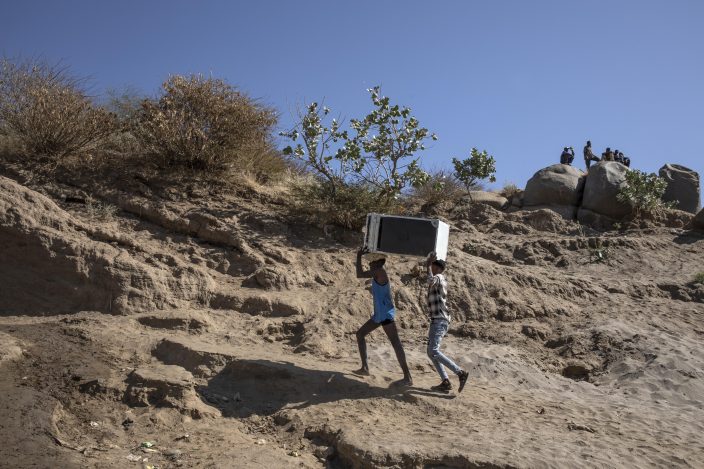 Sudanese men on the top of the hill look at Tigray refugees who fled the conflict in the Ethiopia's Tigray arriving on the banks of the Tekeze River on the Sudan-Ethiopia border, in Hamdayet, eastern Sudan, Tuesday, Dec. 1, 2020. (AP PhotoNariman El-Mofty)

A U.N. humanitarian spokesman says the first mission to carry out a needs assessment begins Wednesday.

The agreement was signed this week. “We are of course working to make sure assistance will be provided in the whole region and for every single person who needs it,” he said.

“The U.N. and humanitarian partners in Ethiopia are committed to engaging with the federal government of Ethiopia and all parties to the conflict to ensure that humanitarian action in Tigray, Amhara and Afar regions be strictly based on needs and carried out in compliance with the globally agreed upon principles of humanity, impartiality, independence and neutrality,” the spokesman added. 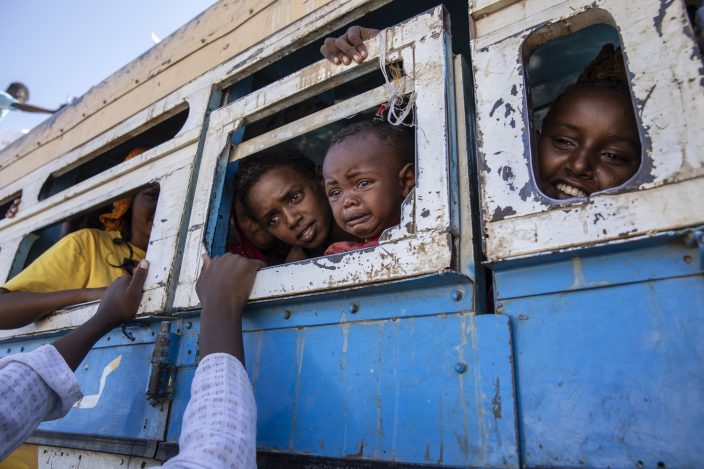 Tigray refugees who fled the conflict in the Ethiopia's Tigray ride a bus going to the Village 8 temporary shelter, near the Sudan-Ethiopia border, in Hamdayet, eastern Sudan, Tuesday, Dec. 1, 2020. (AP PhotoNariman El-Mofty)

The House Oversight Committee is i ...