Ronna McDaniel, the Republican National Committee chairwoman, is launching her bid for a third two-year term heading the GOP's governing organization after the party’s stronger-than-anticipated showing in November’s election, even though President Donald Trump lost.

In a letter Wednesday to the 168 members of the RNC announcing her candidacy, McDaniel said she has the support of Trump, Senate Majority Leader Mitch McConnell of Kentucky and House Minority Leader McCarthy of California, as well as a supermajority of committee members — all but assuring her victory.

McDaniel was selected by Trump for the role four years ago and he endorsed her for a new term about a week after the Nov. 3 election. That could give the outgoing president additional sway over the party as he ponders his own future, including a potential presidential run in 2024. 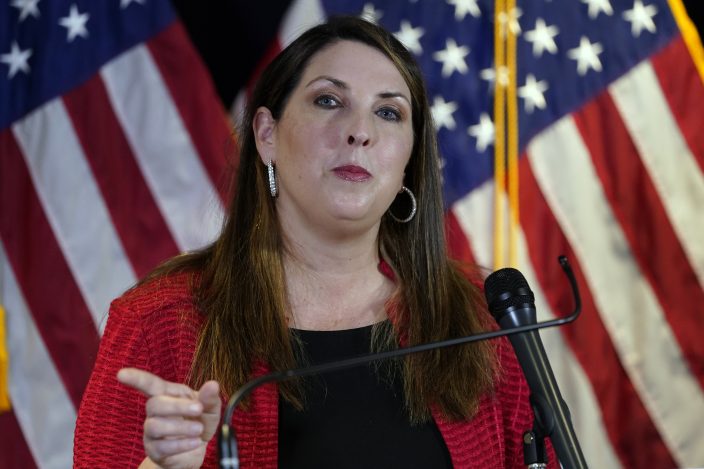 McDaniel, in her letter, echoed Trump's rhetoric about the election and said she would step up the RNC's voting-related litigation efforts and form a committee on election integrity "to continue battling the Democrats’ unprecedented attempts to change election laws."

While she did not repeat Trump's false claims that he won the election, McDaniel said the GOP continues “to fight for President Trump" as he makes legal challenges across the country.

McDaniel also promised “to explore ways to transition” from what she called the “biased” Commission on Presidential Debates.” Trump has vented about the nonpartisan commission, which instituted tight safeguards against the coronavirus that scuttled his second scheduled debate with Democrat Joe Biden after Trump came down with COVID-19. 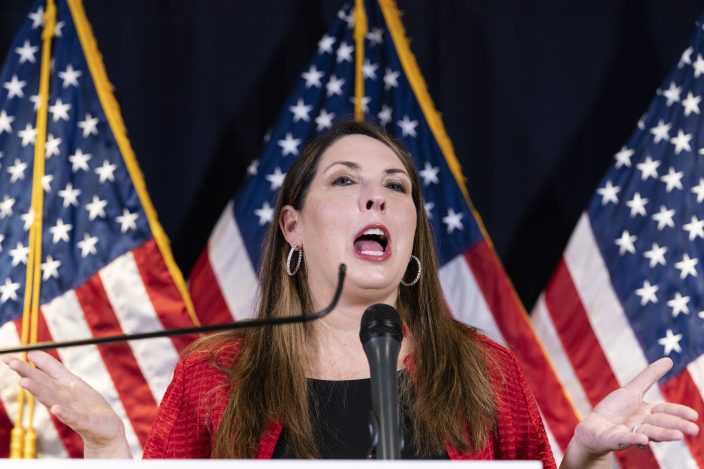 Despite Trump's musing about running again in four years, McDaniel pledged to uphold the party's neutrality in primaries. The GOP "will remain neutral and focus on laying the groundwork," she wrote. “I will work to ensure that all Republican candidates can be successful.”

Under McDaniel, the GOP deployed the largest field operation in politics, including more than 3,000 staffers and 2.6 million volunteers, and raised more than $1.3 billion for GOP candidates. Republicans restored much of their field program this summer despite the pandemic while Democrats largely kept to all-virtual voter contacts. Republicans believe that helped them outperform expectations by retaining vulnerable Senate seats and narrowing Democrats’ majority in the House.

“President Trump earned more minority votes than any Republican candidate in decades, and a record number of women, minorities and veterans were elected to office,” McDaniel wrote. “This is a legacy our Party can be proud of, and we must continue to build on this historic momentum.”

Harry Brant, a rising model and so ...