British regulators have become the first to approve the COVID-19 vaccine developed by American drugmaker Pfizer and Germany’s BioNTech for emergency use. Because trials of the vaccine have shown that it has 95% efficacy, there is acute interest in how the U.K. plans to implement its biggest immunization program in decades. Here's a look at what is known about Britain's vaccination plan:

HOW MUCH OF THE VACCINE DOES THE U.K. HAVE?

Not enough. The U.K. has put in orders for 40 million doses, which can inoculate 20 million people, since each person gets two doses of the vaccine 21 days apart. Because the U.K. will only immunize people over age 16, it means that it will have to find other vaccines for all 53 million or so people who are eligible for shots. 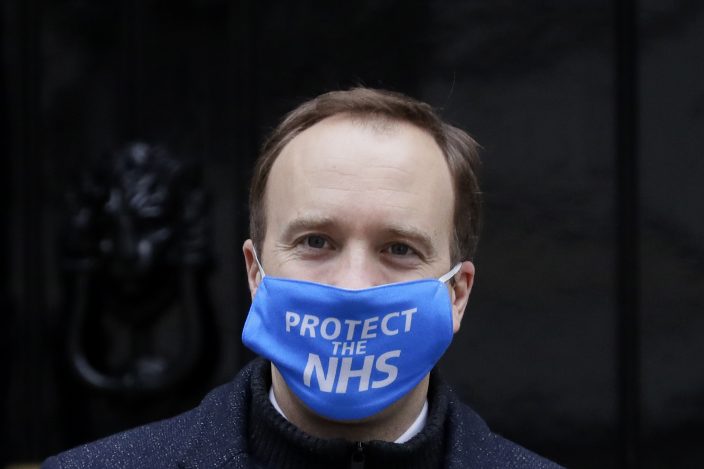 Britain's Health Secretary Matt Hancock leaves Downing Street in London, Wednesday, Dec. 2, 2020. U.K. Health Secretary Matt Hancock on Wednesday thanked scientists from Pfizer and BioNTech after the approval of their COVID-19 vaccine for emergency use by the country's drugs regulator. Speaking earlier Hancock gave details of how the vaccine would be distributed from the beginning of next week. (AP PhotoKirsty Wigglesworth)

WHEN WILL THE ROLLOUT BEGIN?

The plan is to rollout the Pfizer/BioNTech vaccine from early next week after the first batch arrives from Belgium. British Health Secretary Matt Hancock said 800,000 doses will arrive next week, with millions coming in the following weeks. But the vaccine remains experimental while final testing is done.

HOW WILL THE ROLLOUT WORK? 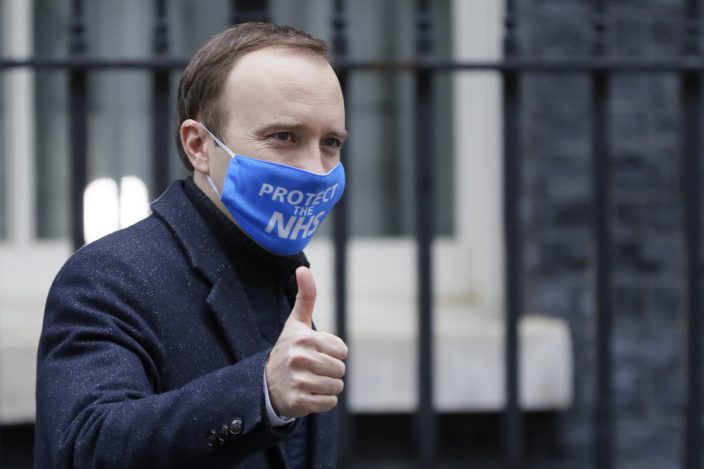 Britain's Health Secretary Matt Hancock leaves Downing Street in London, Wednesday, Dec. 2, 2020. U.K. Health Secretary Matt Hancock on Wednesday thanked scientists from Pfizer and BioNTech after the approval of their COVID-19 vaccine for emergency use by the country's drugs regulator. Speaking earlier Hancock gave details of how the vaccine would be distributed from the beginning of next week. (AP PhotoKirsty Wigglesworth)

It won't be straightforward. Because the vaccine must be stored and transported at about minus 70 degrees Celsius (minus 94 degrees Fahrenheit), there are clear logistical issues. Luckily, the vaccine is stable at normal fridge temperatures, between 2 and 8 degrees Celsius (35.6 to 46.4 F), for a few days, meaning that it can be stored locally ahead of being administered. The U.K. is planning to use the National Health Service to roll the vaccine out, including local general practitioners and specially built vaccination centers.

HOW LONG WILL THE VACCINATION EFFORT TAKE?

A few months at least. Because the U.K. does not have enough of Pfizer/BioNTech vaccine, it will need other vaccines. Two others are currently being assessed. The one from American biotechnology company Moderna had similar efficacy rates as the one from Pfizer/BioNTech. Another vaccine from the University of Oxford and British pharmaceutical company AstraZeneca had a lower efficacy rate but is far cheaper than the other two. The U.K. has bought 100 million doses of the AstraZeneca vaccine, which if approved is widely expected to be rolled out to those people not in the first phase of Britain’s immunization program. 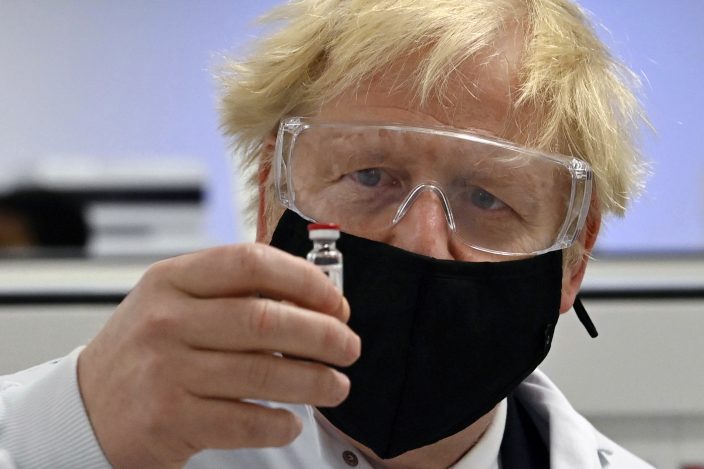 WILL THE U.K. MAKE VACCINES COMPULSORY?

No. Taking the vaccine will be voluntary, but the government and public health bodies are strongly urging everyone to take it. There will be no specific precautions required for anyone who has already had COVID 19 and there will no testing for the virus before anyone receives the vaccine.

WHO WILL BE VACCINATED FIRST?

The most vulnerable. The independent Joint Committee on Vaccination and Immunization, which advises the British government on the rollout, said those most at risk of dying from COVID-19 should be top of the priority list. So elderly people in nursing homes and their caregivers will be the first priority, followed by people aged over 80 and front-line health workers.

AND THEN WHO IS NEXT?

All residents 75 and older should be vaccinated next, according to the JCVI, followed by those 70 and over and people deemed to be clinically “extremely vulnerable.” During the first phase of the immunization program, Britain has created nine separate groups down to those aged 50 and above. Overall, it hopes that between 90-99% of people most at risk of dying from COVID 19 will have been immunized during the first phase of the vaccinations.

IS THE VACCINATION PLAN SET IN STONE?

No. The Joint Committee on Vaccination and Immunization acknowledged that the scale of the vaccination program is unprecedented and that operational flexibilities will be required. There are clear questions to be answered as to how the Pfizer vaccine will be transported to nursing homes, given the need for it to be stored and transported at super-low temperatures.

As the vaccination rollout gathers steam, the JCVI is also advising local NHS providers, public health teams and community leaders to keep an eye out for any potential health inequalities linked to ethnicity, deprivation or access to health care. Studies have shown a disproportionate number of people from poorer households and from ethnic minorities have died during Britain's coronavirus outbreak. The U.K. has seen nearly 60,000 virus-related deaths, Europe's highest death toll in the pandemic.

AFTER THE TWO SHOTS, HOW LONG BEFORE IMMUNITY KICKS IN?

Within a month. Data from the vaccine trials, which involved more than 40,000 people around the world, shows a similar immune response, irrespective of age, race or country the volunteers lived in. Partial immunity does occur after the first dose, but British regulators expect people to become immune about seven days after the second dose. It is not yet exactly clear how long that immunity lasts.

There are a number of answers that will only emerge through the test of time, such as its impact on transmission rates. It's also not clear how long immunity will last and whether people will need an annual dose of the vaccine, as with the flu vaccine. It's also unclear how the coronavirus will develop, whether it morphs into different strains. The U.K. will set up a monitoring program, whereby people will be asked to help build up knowledge. First up will be side-effects. They are expected to be modest, lasting a day or so and equivalent to those after other vaccines.

WHAT ABOUT VACCINE SKEPTICS?

Britain's Medicines and Healthcare Products Regulatory Agency, which authorized the Pfizer-BioNTech vaccine, insists no corners were cut in the process and that the experience of the vaccination rollout will show that the vaccine is safe and effective. The government has also indicated it will seek to stem anti-vax misinformation and is thought to be actively recruiting well-respected people to front a national immunization ad campaign.

The Group of Seven wealthy democra ...

Feud between Mbappé and Giroud escalates at Euro 2020

A brewing feud between France stri ...

William urges public to follow queen's example and get jab

UK readies for 'V-Day,' its 1st shots in war on coronavirus

UK defends vaccine decision amid criticism it moved too fast

With hope high for vaccine, Britain prepares to roll it out