China’s latest lunar probe has finished taking samples of the moon’s surface and sealed them within the spacecraft for return to Earth, the government announced Thursday.

The Chang’e 5, the third Chinese probe to land on the moon, is the latest in a series of increasingly ambitious missions for Beijing’s space program, which also has a probe en route to Mars carrying a robot rover.

The Chang’e 5 touched down Tuesday on a mission to return lunar rocks to Earth for the first time since 1976. 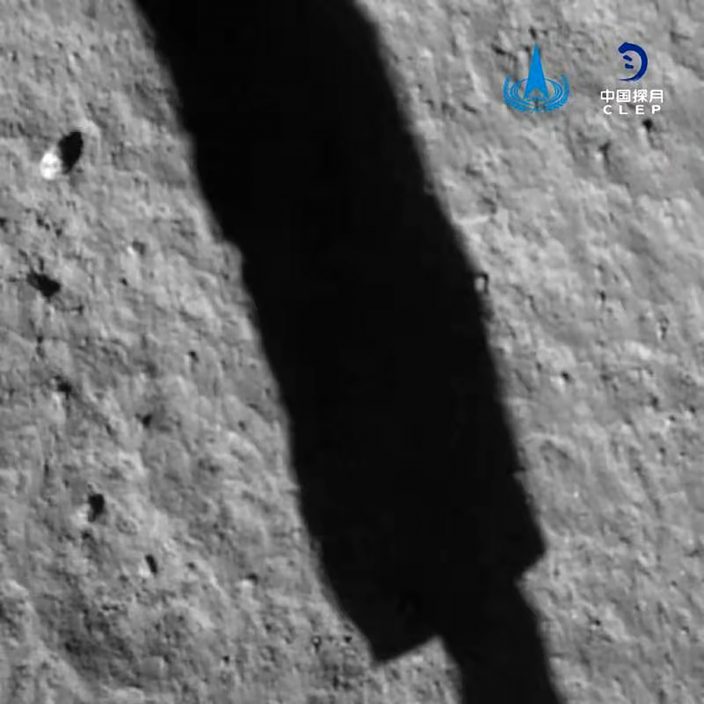 In this image taken by camera aboard Chang'e 5 spacecraft provided by China National Space Administration, its shadow is reflected on the surface of the moon during its landing process on Tuesday, Dec. 1, 2020. The Chinese spacecraft landed on the moon Tuesday to bring back lunar rocks to Earth for the first time since the 1970s, the government announced. (China National Space Administration via AP)

The probe “has completed sampling on the moon, and the samples have been sealed within the spacecraft,” the China National Space Administration said in a statement.

Plans call for the upper stage of the probe to be launched back into lunar orbit to transfer the samples to a capsule for return to Earth.