The Baltimore Ravens didn't practice for more than a week while COVID-19 raced through the locker room and forced the NFL to postpone their trip to Pittsburgh three separate times. They ran onto Heinz Field on Wednesday afternoon with 11 practice squad players added to the roster and star quarterback Lamar Jackson and starting running backs Mark Ingram and J.K. Dobbins back in Baltimore.

And somehow, they hung in there against the league's last unbeaten team. While their 19-14 loss eliminated the Ravens from defending their AFC North crown, head coach John Harbaugh didn't exactly raise the white flag on the season or his club.

“I appreciate our players the way they fought through this,” he said. “I’m proud of our guys for doing this. This is a crazy year in a lot of ways.” 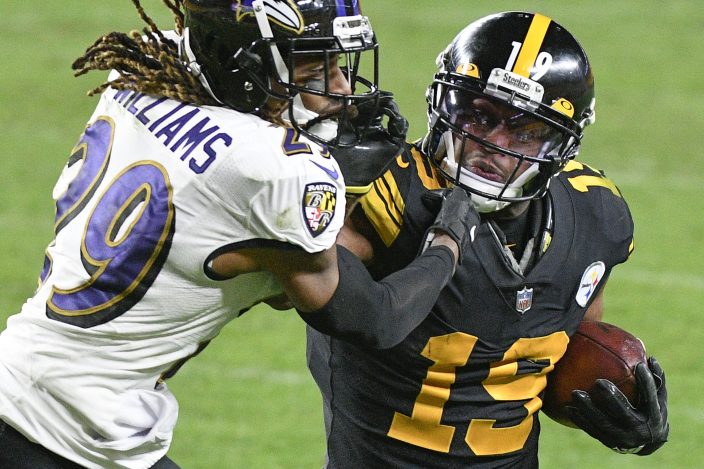 One that took a wild turn over the last week as the NFL pushed Baltimore's showdown with the Steelers from Thanksgiving night to Sunday to Tuesday to finally, Wednesday as the number of Ravens on the reserve/COVID-19 list ballooned to more than 20. Protocols forced Baltimore to work remotely while the league tried to sort things out. They finally gathered for a walkthrough on Tuesday and 24 hours later found themselves taking on longtime a rival off to a historic start.

It was ugly at times. Robert Griffin III, filling in for Jackson, turned it over twice in the first quarter, including a Pick-6 that Joe Haden returned 14 yards for a touchdown. A chance to take the lead late in the first half ended up with an incompletion to a backup tight end as time expired. There were penalties (seven for 84 yards) and just one first down achieved through the air.

And still, a 70-yard strike from Trace McSorley — who replaced Griffin in the fourth quarter after Griffin's balky left hamstring gave out — pulled the Ravens within five with 2:58 to go. Baltimore's defense had a chance to get off the field before Ben Roethlisberger's fling to James Washington in triple coverage on third-and-6 allowed the Steelers to run out the clock. 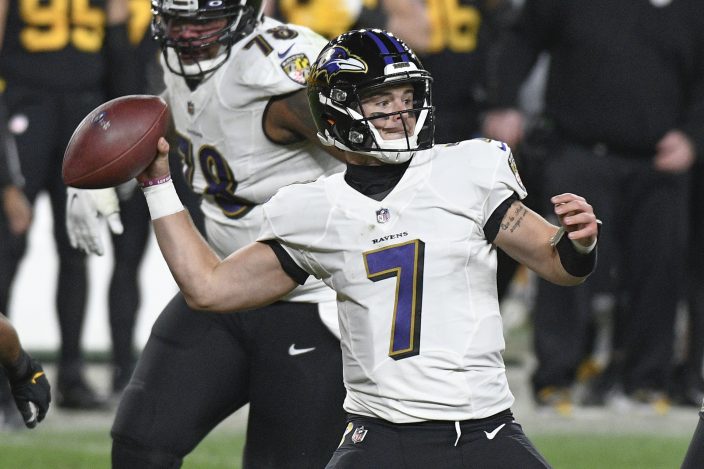 Baltimore Ravens quarterback Trace McSorley (7) throws against the Pittsburgh Steelers during the second half of an NFL football game, Wednesday, Dec. 2, 2020, in Pittsburgh. The Steelers won 19-14. (AP PhotoDon Wright)

“The guys showed a lot of grit and determination today, a lot of toughness,” Griffin said. “I want to commend the guys on how they fought. There are no moral victories in this league but I’m proud to be a Raven.”

Baltimore (6-5) has lost three straight and four of five, a slide that began with a tough loss to the Steelers (11-0) at home on Nov. 1. A month later, the Ravens are out of the hunt for the division title and currently outside of the seven-team playoff picture looking in.

“We’re going to be solid,” said safety Chuck Clark, who along with Griffin, Harbaugh and everyone else was interviewed wearing a mask postgame. “We’re just going to win games from here on out. We’re going to get in, and we can do it.” 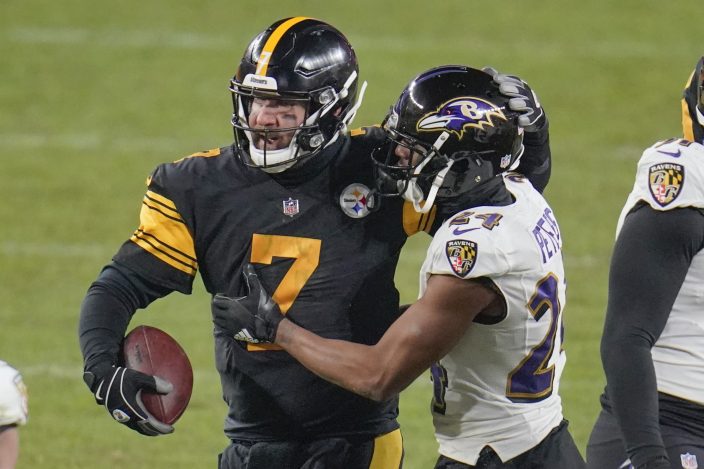 The schedule is user-friendly. Baltimore faces just one team currently with a winning record (Cleveland) over its final five games. Yet for all of Griffin's toughness, neither he nor McSorley are Jackson. The two combined to complete just 9 of 18 passes for 110 yards, 70 of which came on the throw to Brown.

“We’ve got to be better, but the fight we have in our team and how we were able to come together throughout this whole week – losing guys, not knowing what was going on – we stuck together, and we kept fighting,” McSorley said. "So, I think that’s just the core of what we have here. We’ve got to eliminate mistakes so that we can win games, that’s the big deal.”

The Ravens also need to find a way to avoid taking any further roster hits due to COVID-19. The team believes it has it under control but their wiggle room is practically gone. Their schedule continues to be a mess, with their game against Dallas — originally set for Thursday — pushed to next Tuesday. They will be forced to play three times in 12 days and any misstep could seriously put their playoff hopes in peril a year after they went 14-2 and were the AFC's top seed.

Yet that was then. Now, things are considerably more complicated. Baltimore will press forward wary of just how thin the line is between success and failure, both on the field and in terms of trying to ward off the novel coronavirus.

“There’s a lot of fight in this team,” offensive lineman Bradley Bozeman said. "This team is fighters. They came in, they came into the fight, they were ready to roll. We’re going to get a lot of guys healthy back. We’re going to just build from here. This is just the beginning. So, we’re ready to work.”