The Pittsburgh Pirates avoided arbitration with pitchers Jameson Taillon and Michael Feliz as well as shortstop Erik Gonzalez on Wednesday, signing each for the 2021 season.

The Pirates also declined to offer a contract to reliever Clay Holmes and sent catcher Will Craig outright to Triple-A Indianapolis.

Taillon, a former first-round draft pick, is expected to return in 2021 after missing most of the last two years following Tommy John surgery. The Pirates are relying on Taillon to anchor a starting rotation that will have a new look next year after the team cut ties with Trevor Williams. 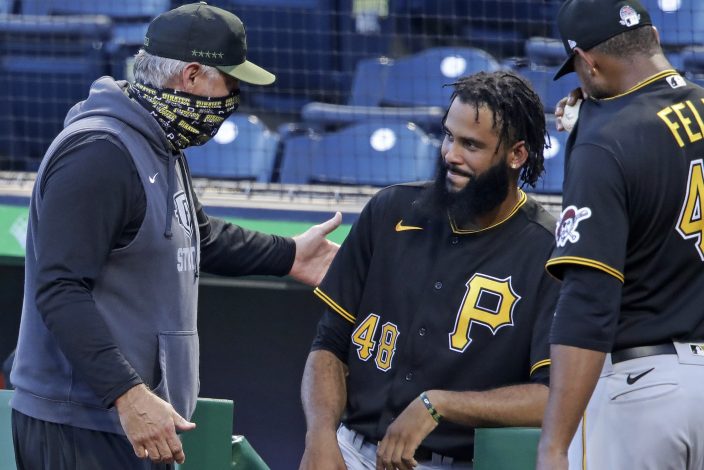 Pittsburgh Pirates manager Derek Shelton, left, talks with pitchers Richard Rodriguez (48) and Michael Feliz (45) between innings of an intrasquad game during the team's baseball practice at PNC Park in Pittsburgh, Wednesday, July 15, 2020. The Pirates first-year manager is a mix of old-school grit and new-school analytics nerd. The club also believes he's a breath of fresh air for a franchise in need of a jolt. (AP PhotoGene J. Puskar)

Feliz pitched in just three games during the abbreviated 2020 season due to a forearm injury. He could be in the mix to find a role at the back end of the bullpen.

Gonzalez faded after a hot start but drove in a career-high 20 runs last season while hitting .227 in 50 games for Pittsburgh, which finished with the worst record in the majors at 19-41.

Holmes appeared in just one game for the Pirates last season before being shut down with a forearm issue. He went 2-5 with a 5.91 ERA in 47 games for Pittsburgh from 2018-20. 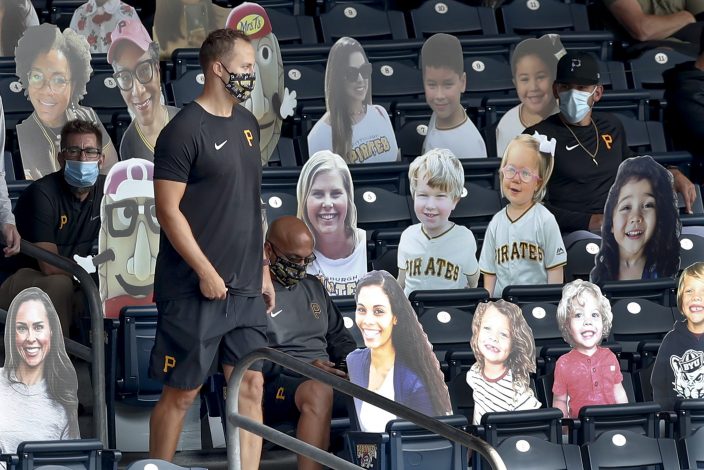 Injured Pittsburgh Pirates pitcher Jameson Taillon walks through the section with cutout images of fans in the stands at PNC Park before a baseball game against the Minnesota Twins, Thursday, Aug. 6, 2020, in Pittsburgh. (AP PhotoKeith Srakocic)