The moves came a day after the Rockies agreed to one-year deals with catcher Elias Diaz and right-hander Jairo Diaz, two other players who were eligible for salary arbitration.

The 26-year-old Dahl is recovering from right shoulder surgery in September, his latest setback. In 2015, he had his spleen removed after running into an outfield wall in the minors. A rib cage injury sidelined him in 2017. In 2018, he missed two months with a broken right foot. 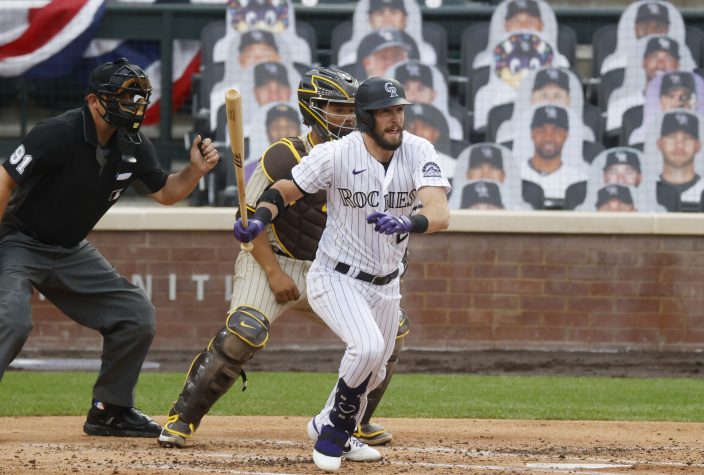 Even his breakout season in 2019 was marred by injury. After making the NL All-Star team, Dahl injured his right ankle and didn’t play after Aug. 2. He appeared in a career-high 100 games that season, hitting .302 with 16 homers and 61 RBIs.

This year, Dahl played in 24 of 60 games during the pandemic-shortened season and had just 99 plate appearances, hitting .183 with no home runs, two doubles and two triples.

“Sometimes it’s tough to move on from guys and say goodbye to guys, but there’s times where you have to for business reasons,” general manager Jeff Bridich said Wednesday night on a conference call.

The decision on Dahl, Bridich said, was done for roster reasons — getting other outfielders more playing time — and due to financial factors and health concerns, “which has been a struggle with David at times with us.”

Bridich said it will allow Dahl “to hopefully find a great opportunity for him elsewhere and get to know a new team. And again, it’s not always what you want to do, but sometimes what you have to do.”

Bridich said he spoke with Dahl on Wednesday night and Dahl told him his rehab was going well.

The Rockies selected Dahl in the first round of the 2012 draft out of Oak Mountain High School in Birmingham, Alabama. Dahl made his major league debut on July 25, 2016.

Bridich said the decision to non-tenders Wolters, a popular member of the clubhouse “falls under the category of, this is not business as usual and sometimes you have to make difficult decisions.”

“We also feel good about having somebody like Dom Nunez, who is knocking at the major league door to become part of a major league catching rotation, and we came to an agreement with Elias Diaz, as well," Bridich said.

Review: 'Raya and the Last Dragon’ is a dazzling a ...

Contrary to what “Game of Thrones” ...