Nearly 100 world leaders and several dozen government ministers are scheduled to speak at the U.N. General Assembly’s special session that opens Thursday to discuss the response to COVID-19 and the best path to recovery from the pandemic, which has claimed 1.5 million lives and shattered economies in both rich and poor countries.

Assembly President Volkan Bozkir said when he took the reins of the 193-member world body in September that it would have been better to hold the high-level meeting in June. Nonetheless, he said Wednesday that the session “provides a historic moment for us to come together to beat COVID-19.”

“With news of multiple vaccines on the cusp of approval, and with trillions of dollars flowing into global recovery efforts, the international community has a unique opportunity to do this right,” he said. “The world is looking to the U.N. for leadership. This is a test for multilateralism.” 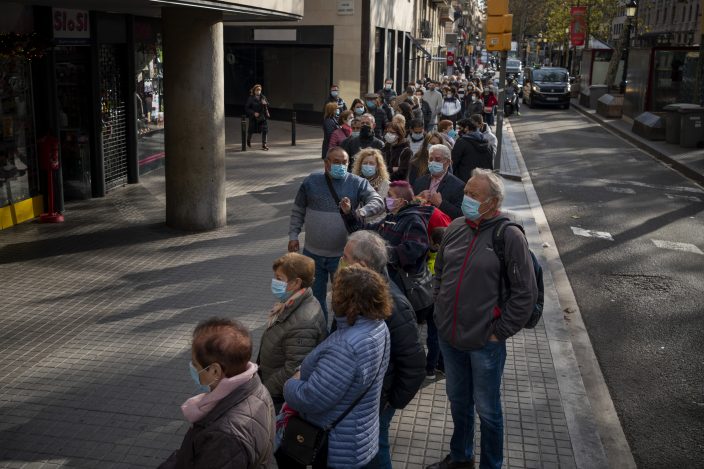 When financial markets collapsed and the world faced its last great crisis in 2008, major powers worked together to restore the global economy, but the COVID-19 pandemic has been striking for the opposite response: no leader, no united action to stop the pandemic that has circled the globe.

U.N. Secretary-General Antonio Guterres sent a letter to leaders of the Group of 20, the world’s richest nations responsible for 80 percent of the global economy ahead of their summit in late March as COVID-19 was starting its killing spree urging that they adopt a “wartime” plan and cooperate on an international response to suppress the coronavirus. But there was no response.

The two-day special session will not be raising money to finance vaccine immunizations or taking any political action, and there will be no final declaration, just a summary document from Bozkir.

“The real point of this special session is to galvanize concrete action to approach our response to COVID-19 in a multilateral and collective way,” General Assembly spokesman Brenden Varma said Wednesday. He added there are currently many responses to the pandemic, but what’s needed now is to bring together all countries, U.N. actors, the private sector and vaccine developers.

Leaders and ministers from over 140 countries will deliver pre-recorded speeches on Thursday after an in-person opening in the General Assembly including speeches by Bozkir and Guterres.

Friday’s session will focus on three virtrual panels, the first on the U.N.’s response to COVID-19 and the second on vaccines that will include representatives from producers BioNTech and Oxford University-AstraZeneca, and the World Health Organization’s ACT-Accelerator which is working to get vaccines to the world’s poorest people. The final panel is on recovery from COVID-19. WHO chief Tedros Adhanom Ghebreyesus is expected to participate in all three panels.

Canada’s U.N. deputy ambassador Louise Blais, who organized the special session with Azerbaijan’s Ambassador Yashar Aliev, said it will be the first time that the U.N. system is bringing key players together to focus on COVID-19′s “myriad impacts.”

“Countries around the world are facing their own internal impacts, but it’s important that the U.N. continue to advocate ... that this crisis impacts us all and the solutions are global,” she told The Associated Press in an interview. “So, we have to work together in order to ensure that all of us get out of this, because until everyone does, no one is really safe.”

Blais said the session is “an important step” and will focus on implementing the three resolutions adopted by the General Assembly on COVID-29, especially the wide-ranging measure approved in September.

The special session “comes at a critical time,” Blais noted, “because we now know that there are a number of vaccines that have proven to be effective.”

U.N. spokesman Stephane Dujarric said secretary-general Guterres will be focusing on the need for all countries and people everywhere to have access to vaccines.

“The vaccine needs to be treated as a `global public good’ and that will be the basis of the secretary-general’s message” Thursday, Dujarric said.