Kane Williamson and Tom Latham shared a 154-run second-wicket partnership which steered New Zealand into a strong position at stumps Thursday on the first day of the first cricket test against the West Indies.

After a two-hour rain delay the tourists won an important toss and bowled first on a bright green pitch at Seddon Park. 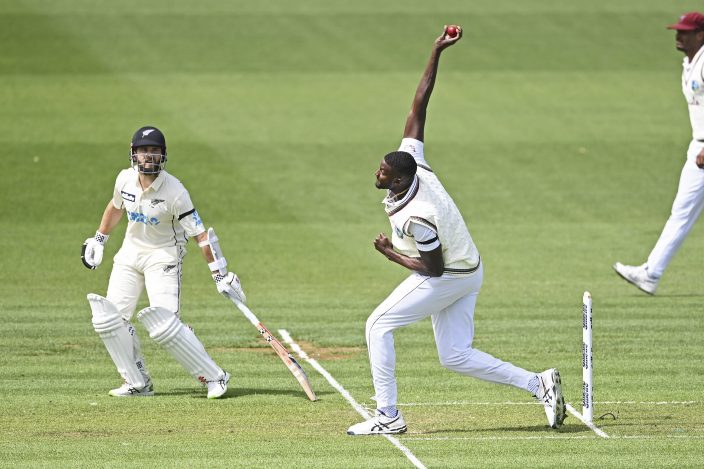 They claimed the early wicket of Will Young for 5 on test debut but Williamson and Latham combined in a partnership which dulled the impact of the toss and conditions and put New Zealand on top.

The stand ended when Latham was out for 86 and New Zealand was 168-2. Williamson added a further 75 with Taylor before stumps. He posted his 33rd half century from 132 balls. 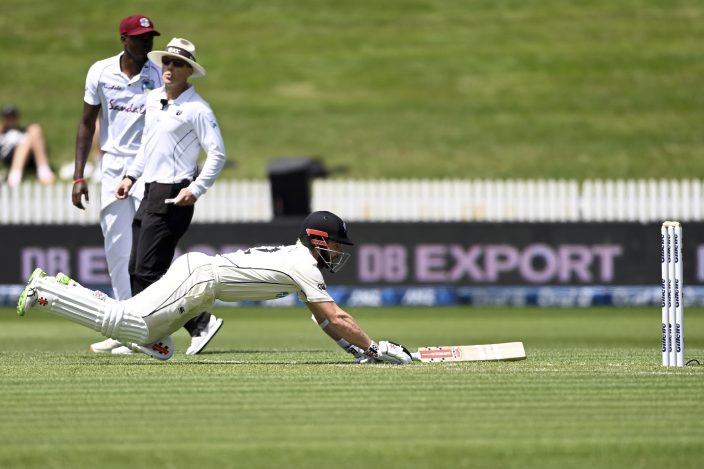 New Zealand batsman Kane Williamson dives to make his ground during play on day one of the first cricket test against the West Indies in Hamilton, New Zealand, Thursday, Dec. 3, 2020. (Andrew CornagaPhotosport via AP)