Norway hired Ståle Solbakken to replace Lars Lagerbäck as coach of the national team on Thursday.

Lagerbäck had a contract until 2022 but leaves after failing to qualify for next year’s European Championship following a loss to Serbia in the playoffs in October.

The Norwegian soccer federation said it has been in talks with Solbakken “in full transparency with Lars Lagerbäck” about being the team’s future coach and has chosen to make the change immediately. 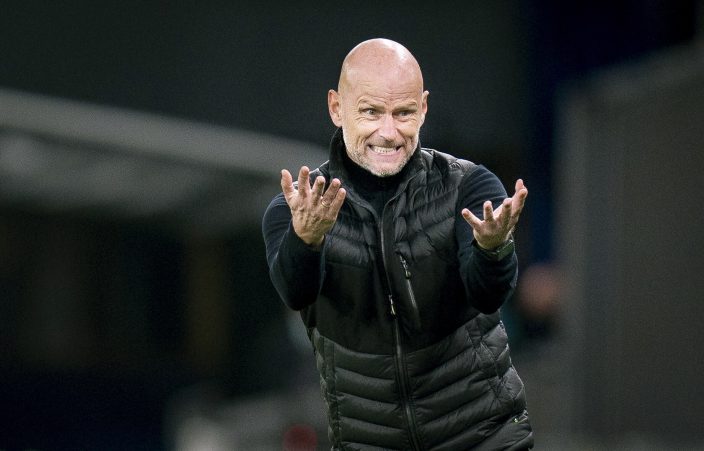 FILE- In this Oct. 1, 2020 file photo, FC Copenhagen's manager Staale Solbakken gestures, during the Europa League match between FC Copenhagen - HNK Rijeka in the Parken Stadium, in Copenhagen. Solbakken resigned as manager of FCK due to dissatisfaction from the management with the team's results, it was reported on Satuday, Oct. 10, 2020. (Liselotte SabroeRitzau Scanpix via AP, File)

Solbakken is a former midfielder for Norway and recently resigned from his job as coach of Danish team FC Copenhagen.

“For me, this is a good time to take over,” Solbakken said. “Lars Lagerbäck and (assistant) Per Joar Hansen have done a solid job and developed a foundation that will be exciting to work on.

“I look forward to taking on the task of building a strong team.”