HEALTH CARE PICKS: Up soon for President-elect Joe Biden: naming his top health care officials as the coronavirus pandemic rages. It’s hard to imagine more consequential picks. Biden is expected to announce his choice to head the Department of Health and Human Services next week. 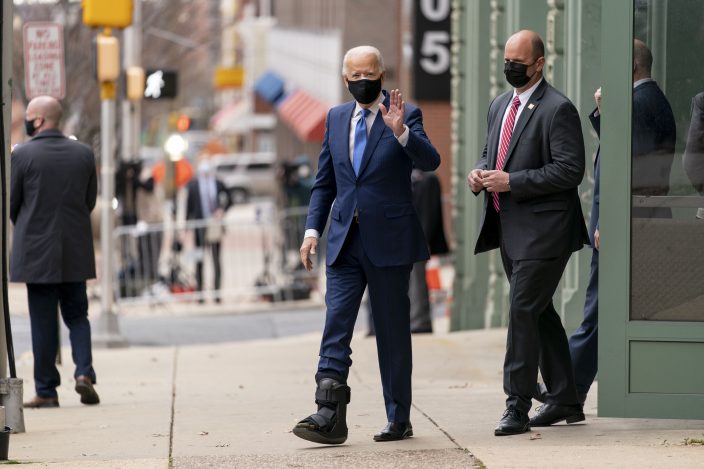 DEFENSE PRESSURE: Biden is facing escalating pressure from competing factions within his own party as he finalizes his choice for secretary of defense. Black leaders have encouraged the incoming Democratic president to select an African American to diversify what has so far been an all-white prospective Cabinet, while others are pushing him to appoint a woman to lead the Department of Defense for the first time.

CONGRESSIONAL JAB: President Donald Trump is threatening to veto a hugely popular defense bill unless lawmakers clamp down on big tech companies he says are biased against him. It’s one more example of the Republican president’s willingness to undercut Congress, even in his final months. 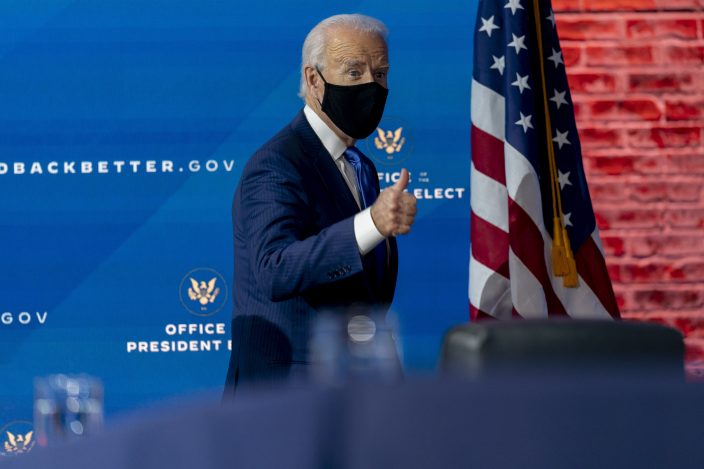