Atlético Madrid's first chance to lead the Spanish league comes on Saturday when it hosts Valladolid.

A seventh league victory in a row would put Atlético two point ahead of Real Sociedad, the current leader which has played two more games than Atlético and visits Alavés on Sunday.

Atlético is already six points ahead of defending champion Real Madrid with a game in hand, and nine points in front of Barcelona, which it beat two weeks ago for the first time in more than a decade in the league. Atlético’s next league match will be the derby against Madrid, when the gap to the city rival could reach as much as 12 points. 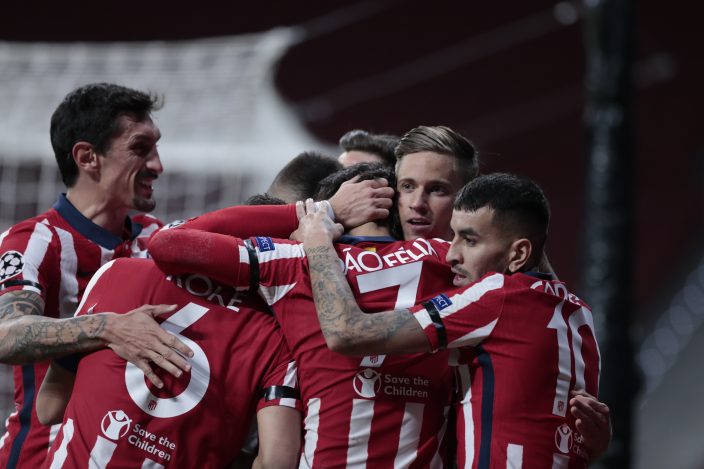 “We are doing well in the league and we want to finish it well,” said Portugal forward João Félix, who has been key in Atlético’s excellent run.

Atlético has been thriving despite the absence of Luis Suárez, who has missed games after testing positive for COVID-19 while on Uruguay duty. It remains unclear if he will be available for Saturday’s match against Valladolid, which sits 17th in the 20-team standings.

Atlético coach Diego Simeone is certain to be without the injured Diego Costa and probably José María Giménez also the defender injured a leg muscle in the Champions League match against Bayern Munich on Tuesday. 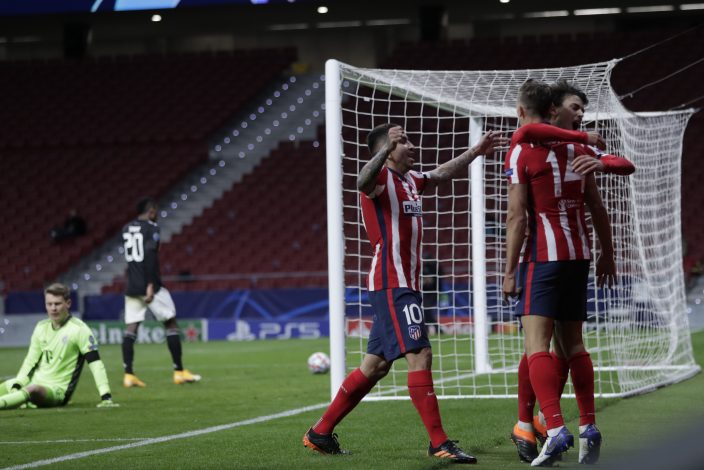 Atlético has a decisive Champions League game against Salzburg next week between the league games against Valladolid and Real Madrid. It needs at least a draw in the final Group A match to guarantee a spot in the knockout stage.

Real Madrid, which also has a crucial Champions League game next week, visits fifth-placed Sevilla on Saturday with coach Zinedine Zidane under pressure. Madrid has won only one of its last five matches in all competitions and is winless in three straight league games.

Barcelona rebounded from its loss to Atlético by routing Osasuna 4-0 last weekend and moving back into the top half of the standings again. This Sunday it visits promoted Cádiz, which has had a good start and sits sixth in the standings.

With the Cádiz match in mind, Barcelona coach Ronald Koeman rested Lionel Messi and other regular starters in the 4-0 win against Dynamo Kyiv on Wednesday in the Champions League, where the Catalan club has already secured a spot in the next round.

Third-placed Villarreal, thriving under coach Unai Emery, hosts mid-table Elche on Sunday. Villarreal is four points behind Sociedad, which will visit Alavés trying to win for the seventh time in eight league games. Former Spain international David Silva should be back for Sociedad after recovering from a hamstring injury.

Dutch govt to beef up lockdown amid fears about new var ...

GM teams up with Microsoft on driverless cars

General Motors is teaming up with ...