It was nearly three months ago that Pierre-Emerick Aubameyang pronounced upon signing his big new deal: “I want to become an Arsenal legend.”

He’s scored one English Premier League goal since then, from the penalty spot.

Mesut Ozil, reportedly the only player earning more money than Aubameyang at the club, spends more time on social media during matches than he does on the field. A few weeks ago, during Arsenal’s lackluster 0-0 draw at promoted team Leeds, he got into a Twitter spat with TV presenter Piers Morgan. 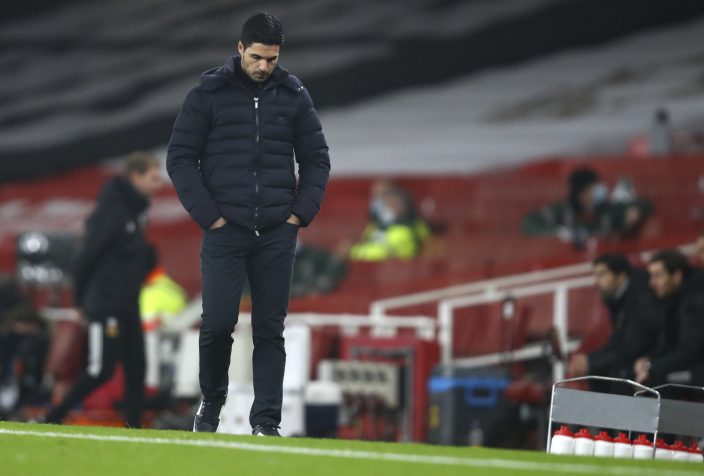 Nicolas Pepe, the team’s most expensive signing ever at 72 million pounds ($87 million), has started two league games this season. He got sent off for a headbutt in the second of them.

There’s also the rookie manager, Mikel Arteta, who has overseen Arsenal’s worst ever start to a Premier League. A year into his first senior coaching job, he has his team in something of an identity crisis.

Oh, and there’s even worse news for Arsenal in what is fast becoming a season to forget for a fading force of the English game: Its biggest rival is absolutely flying. 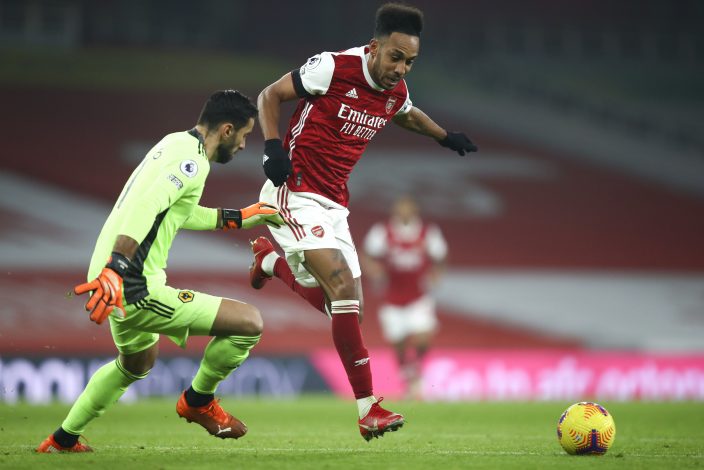 The first north London derby of the season arrives on Sunday with Tottenham and Arsenal in vastly different situations.

While Tottenham is top of the league after 10 games for the first time since 1985, Arsenal is languishing in 14th place and in its lowest position at this stage of a season since 1981.

It’s a contrast to the start of the league, which Arsenal came into on a high after winning the FA Cup final against Chelsea and then beating Liverpool in the Community Shield later in August. 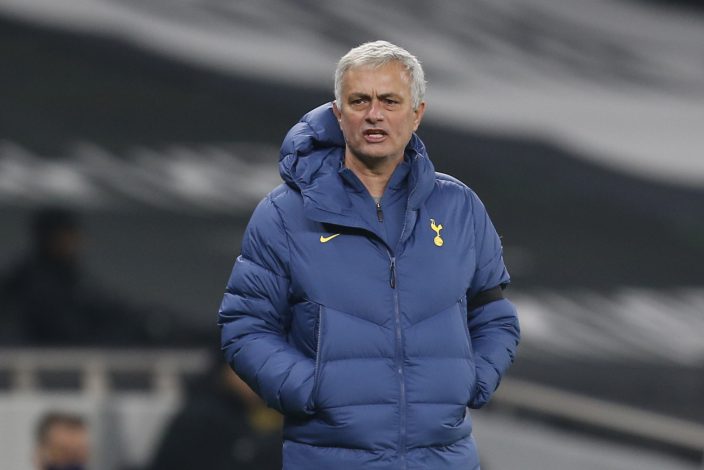 Even as recently as Nov. 1, Arsenal was eking out a 1-0 win at Manchester United that was regarded by some as a watershed moment for Arteta’s team.

All that positivity has disappeared, though.

In the past six league games, Arsenal has scored two goals — Aubameyang’s penalty against United and a header by center back Gabriel from a corner in last weekend’s 2-1 home loss to Wolves.

The only teams with fewer goals than Arsenal’s 10 are the three currently in the relegation zone.

“There are no excuses — we have to improve,” Arteta said.

A match against Tottenham isn’t the ideal time for Arsenal to get its attack firing again, with Jose Mourinho’s team having the tightest defense in the league with just nine goals conceded following back-to-back clean sheets against Manchester City and Chelsea.

Mourinho has long had a reputation for being a pragmatist and, on the basis of his first 12 months in senior management, Arteta could well be the same.

Sorting out Arsenal’s defense was Arteta’s priority after replacing Unai Emery in November last year and he has largely succeeded in doing that, with only five teams conceding fewer goals in the league than Arsenal’s 12. But that is coming at a cost.

Arsenal couldn’t be further from the swashbuckling, enterprising side of old under Arsene Wenger, with caution and extra control the mantras in Arteta’s tenure so far. Ozil and Aubameyang are among those paying the price for that, two of the league’s most high-profile players quickly becoming the forgotten men of English soccer.

Ozil hasn’t even been included in Arsenal’s Premier League squad for the season — the former Germany playmaker no longer fits into Arteta’s system — and is keeping himself relevant with ostentatious backing of the team on Twitter on matchdays. With his contract expiring at the end of the season, he has likely played his last game for the club.

Aubameyang, meanwhile, is on two league goals and has had just eight shots on target so far. Arteta is failing to get the best out of one of the most dangerous strikers in the world, with the recent switch of Aubameyang from the left wing to a central striker position not working out.

As for Pepe and Alexandre Lacazette — another attacker bought at great cost from French soccer — they must be wondering where their futures lie as they spend most of their time on the bench.

A key issue is the lack of creativity in central midfield, with Arteta often going with two defensively minded players in that department and without a No. 10.

There was a time when Wenger was accused of having too many playmakers in his squads — think of Cesc Fabregas, Samir Nasri, Tomas Rosicky, Alexander Hleb and Santi Cazorla — but it couldn’t be more different under Arteta.

With Ozil banished, Willian is the most creative player at Arteta’s disposal but the Brazilian has flattered to deceive since joining on a free transfer in the offseason.

It wasn't long ago that Arteta was being hailed as one of brightest young coaches around, someone Arsenal could build its future around. Now he is being criticized.

Beating Tottenham at the weekend would quickly turn things back around.

Swiss to lift freeze on millions linked to ex-Tunisia l ...

Swiss authorities are preparing to ...