There's theater on Broadway. You just have to adjust your sights.

More than a hundred blocks north of Manhattan's shuttered theater district but on that same famed thoroughfare, an actor recently read his lines from a huge stage.

But there was no applause. Instead, all that was heard was a strange command for the theater: “And cut!”

Tony Award-winner Jefferson Mays was performing multiple roles for a high-tech “A Christmas Carol” that was being filmed for streaming this month at the empty 3,000-seat United Palace.

The one-man show is an example of how many who work in theater are increasingly defying COVID-19 by refusing to let it stop their art, often creating new hybrid forms.

“Because it’s such a roll-up-your-sleeves business, theater people figure it out,” said Tony Award-winning producer Hunter Arnold, while watching Mays onstage. “Of everything I’ve ever done in my life, it’s the place where people lead from ‘how?’ instead of leading from ‘why not?’” 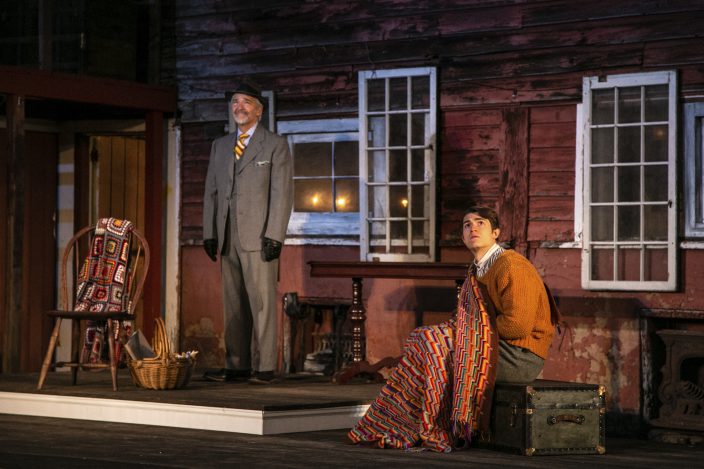 The coronavirus pandemic shut down theater and the TV/movie industries in the spring. Film and TV production have slowly resumed. Live theater is uniquely tested by the virus, one reason it will be among the last sectors to return to normal. Props and costumes are usually touched by dozens each night, an orchestra is crammed into a pit, backstage areas are small and shared, and audiences are usually packed into seats. New ways are needed.

Mays' “A Christmas Carol,” which was filmed on a high-tech LED set, veers much more filmic than most other streaming theater options and is raising money for suffering regional theaters — one stage production helping others during the pandemic.

Other green shoots include radio plays, virtual readings, online variety shows and drive-in experiences that combine live singing with movies. The cast of the musical “Diana” reunited on Broadway to film the show for Netflix before it opens on Broadway. 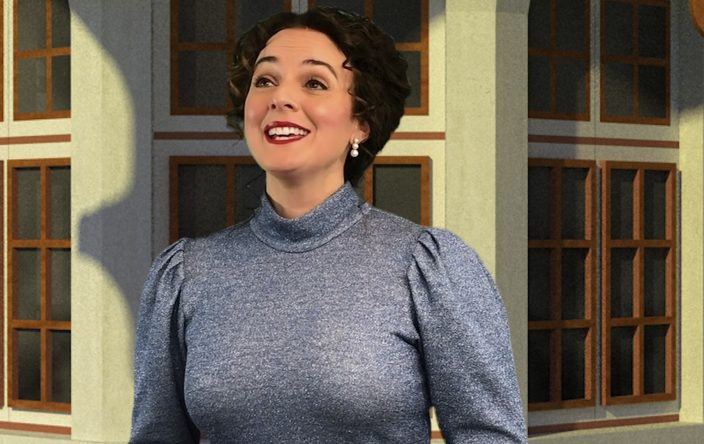 The San Francisco Playhouse recently offered screenings of Yasmina Reza’s play “Art,” an onstage production captured live by multiple cameras, with a crucial wrestling scene reimagined to keep social distancing. A musical version of the animated film “Ratatouille” is being explored on TikTok.

“We will conquer it. We are theater people. By God, we will conquer it and get it done,” says Charlotte Moore, the artistic director and co-founder of the acclaimed Irish Repertory Theatre in New York City.

Her company has put on a free streaming holiday production of “Meet Me in St. Louis” with a dozen cast members, each filmed remotely and then digitally stitched together. Moore directed it — appropriately enough — from St. Louis. Other theater pros are calling to ask how she did it.

The cast was mailed or hand-delivered props, costumes and a green screen. They rehearsed via Zoom and FaceTime. A masked and socially distant orchestra recorded the score, and the sets were beamed onto the actors' screens.

“You learn minute by minute by minute along the way what works, what doesn’t, what to do, what not to do,” said Moore, who starred in the original Broadway run of “Meet Me in St. Louis” in 1989. “It’s torture and it’s thrilling — thrilling torture.”

Like many other theatrical hybrids venturing into the digital world these days, it's not clear what to call it. It's not technically live theater, but its soul is theatrical.

“It’s not definable in our current vocabulary,” Moore said. “It has to have a new definition, truly, because it’s certainly unlike anything that has been done.”

One of the companies to show the way forward was Berkshire Theater Group in western Massachusetts, whose “Godspell” in August became the first outdoor musical with union actors since the pandemic shut down productions.

Artistic director and CEO Kate Maguire refused to entertain the notion that the company — established in 1928 — would have an asterisk beside 2020 that said no shows were produced that year.

“We’re theater makers, we’re creators, she said. ”We should be able to figure out how to create something.”

So they used plexiglass partitions between each masked actor. The performers were tested regularly — at a cost of close to $50,000 — and had their own props and a single costume. Each was housed in their own living space — bedroom, living area and little kitchenette. In an open-air tent, they managed to pull off a crucifixion scene without any touching or lifting, itself a miracle.

Audiences underwent temperature checks and were separated by seats. Staff were placed in three protective bubbles: artistic, production and front-of-house. And there was monitoring: Last year it was an intimacy officer; this year it was a COVID-19 one.

Maguire thrashed out a 40-page agreement with the stage union Actor’s Equity Association. “We never had a positive test,” Maguire said. “We had five false positive tests,” which was “harrowing.”

She thanked grants for allowing her to keep her staff on payroll, making the stress level tolerable. It was clear audiences were hungry for theater: “I would watch people shoulders shaking as the show started because they were weeping,” she said. They're doing another outdoor show now — “Holiday Memories.”

Since that first brave step, other theater companies have plunged into the void. Play and musical licensor Concord Theatricals says theater companies across the country are looking for flexibility in case of virus restrictions.

“We’re seeing many groups applying for small cast, easy to produce, plays and musicals. They’re even seeking casting flexibility and asking for permission to perform with or without an ensemble,” said Sean Patrick Flahaven, chief theatricals executive.

“There’s also a trend for groups to apply for both live performance and streaming rights. Many amateur theaters are producing single virtual performances to keep revenue flowing.”

Playwright Natalie Margolin decided to write a new play during the pandemic but not a conventional one. She imagined what the world would look like when it was a given that all social life existed on Zoom.

Hence “The Party Hop,” a play specifically to be performed on Zoom that's set three years into quarantine in which three college girls hit the town — online. It became her first published play, and she got stars such as Ben Platt, Kaitlyn Dever, Beanie Feldstein and Ashley Park to perform in an online version, currently on YouTube. She hopes high schools and colleges will be attracted to a play reflecting the era.

“It was just exciting to take part in something where it wasn’t a placeholder or a replacement, and no one needed to imagine they were anywhere else than where they were to fully realize the piece,” she said. “It’s been exciting and heartwarming to see different ways theater has reinvented itself during this time.”

Theater makers have also leaned into the storytelling part of their craft, making The Broadway Podcast Network a hub for everything from audition advice to behind-the-scenes stories.

Launched shortly before the pandemic with 15 podcasts, the theater shutdown initially wiped out its revenue streams, advertising and sponsorship. The network has since righted itself and is growing with some 100 podcasts — from the likes of Tim Rice and Tonya Pinkins — plus benefits, show reunions and original programs, like the digital theater-based frothy soap opera, “As the Curtain Rises” with stars Alex Brightman, Sarah Stiles and Michael Urie.

“Even though we had lost all of our advertising, we just knew that this was important to our community, to keep our community connected and continue to tell stories," said Dori Berinstein, co-founder of the network and a four-time Tony-winning Broadway producer. “It’s not anything that will ever replace live theater, but it’s an extension. It’s a different way of doing that.”