Paris Saint-Germain was barely hanging on against Manchester United in the Champions League when Marquinhos emerged again to help his team secure a win.

The center half is shining at both ends of the field this season, and the French league leader again needs him at his best for a difficult match away to Montpellier on Saturday.

Montpellier has won four straight games to move into fifth place, and injury-depleted PSG will have tired legs after traveling back from Wednesday night's game in England. 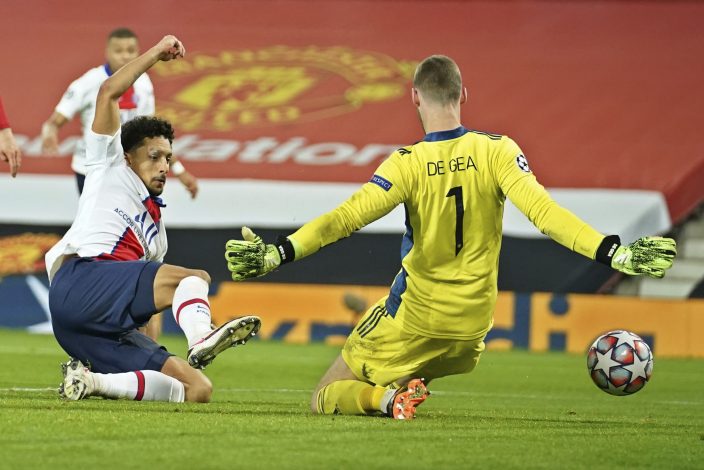 That is some good news for Montpellier, which has been been rocked by the withdrawal of top scorer Andy Delort after he tested positive for the coronavirus for a second time in three months.

Delort and Gaetan Laborde have scored or assisted on 18 goals in 12 games, with the more technically assured Delort netting six times.

His absence leaves midfielder Teji Savanier with even more to do pushing forward. He is on the fringes of a call-up to the France squad and has contributed to the strong start with three goals and three assists. 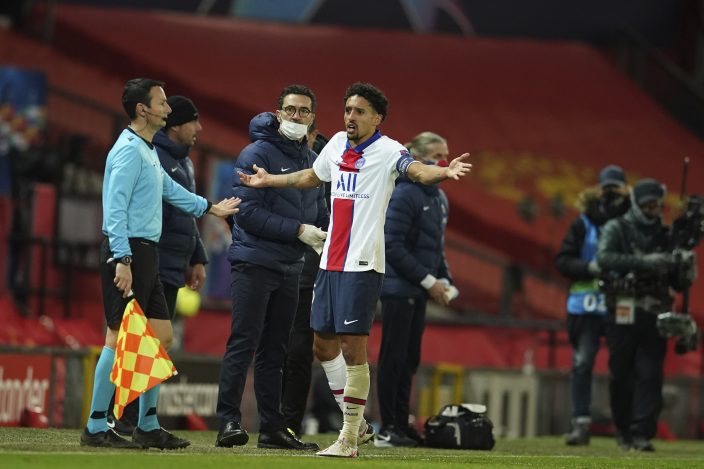 Despite significantly boosting his salary after joining from Nimes for a club record 9.5 million euros ($11.5 million) last year, the locally-born Savanier is far removed from the glitz and glamor afforded to PSG star Neymar after his world-record transfer from Barcelona for 222 million euros ($270 million).

Savanier still lives in his native Romani neighborhood of City Gely and enjoys having barbecues with the locals.

Montpellier is a tough place to travel, even without fans present due to the pandemic. A win would move Montpellier one point ahead of PSG — which has conceded five goals in two league games — and hand the defending champions a fourth defeat of a tough campaign. 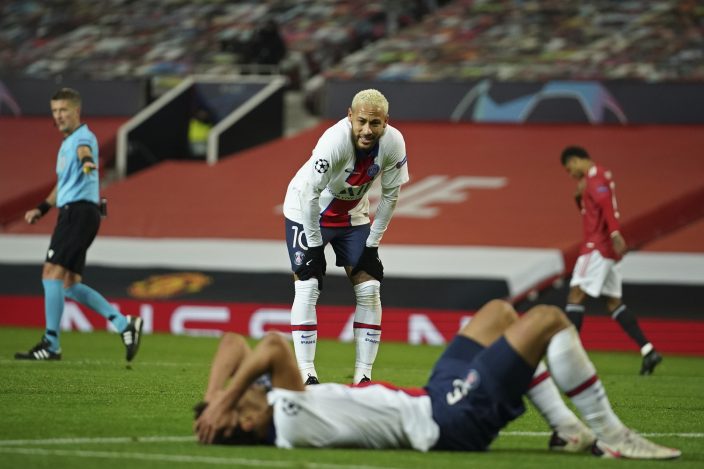 So Marquinhos will have his work cut out to keep Montpellier's physical side at bay.

But he should be well prepared, having played on against United despite getting cut around the eye after receiving a stray elbow from forward Anthony Martial as they jumped for the ball.

Neymar scored the first and third goals in the 3-1 win at United, but Marquinhos really made the difference with a crucial goal-line block at 1-1 and a poacher's finish in the penalty box to put PSG ahead against the run of play.

Not for the first time, Marquinhos bailed his more illustrious teammates out.

Back in August, it was Marquinhos who netted a last-minute equalizer against Atalanta in the Champions League quarterfinals, then put PSG ahead in a semifinal win against Leipzig.

Neymar and Kylian Mbappe failed to score during the knockout stages last season, and Mbappe has now gone a staggering nine games without a goal in the competition after more wasteful finishing against United.

Thankfully for PSG, Neymar has rediscovered his scoring touch

But while Neymar grabbed the headlines for his brace against United, it was noticeable how PSG coach Thomas Tuchel put more emphasis on his captain Marquinhos' leadership qualities in his post-match comments.

The Brazilian leads by example more than countryman Neymar — who spoke after the game of wishing to be reunited with his former Barcelona teammate Lionel Messi — or Mbappe, who in his growing frustration squandered a clear chance in the second half rather than passing to the unmarked Neymar.

That miss might have proved costly, without Marquinhos around.

PSG coach Tuchel under scrutiny as he copes without stars

Kean pushing himself into PSG's plans after strong start

PSG's league campaign in trouble after rocky start to season