Italy recorded a pandemic-high daily death toll Thursday, providing a grim backdrop for Premier Giuseppe Conte’s cheerless announcement of restrictions for the Christmas holidays that will make it difficult for extended families to celebrate together as is customary.

Italiasn like to say, “Christmas with family, Easter with whomever you please,’’ underlining the sacrosanct notion of spending Christmas and St. Stefano’s feast day on Dec. 26 with as much far-flung family as possible. Even regional governors, including Luca Zaia of Veneto and Attilio Fontana of Lombardy, pushed vainly for more flexibility.

Conte stood firm. While Italy has managed to slow the fall resurgence with a month of tiered restrictions, without resorting to last spring’s 10-week total lockdown, the death toll remains stubbornly high. A total of 993 people died in the previous 24 hours, officials reported Thursday, eclipsing the previous high of 969 hit March 27 as Italy struggled to contain the first deadly peak. 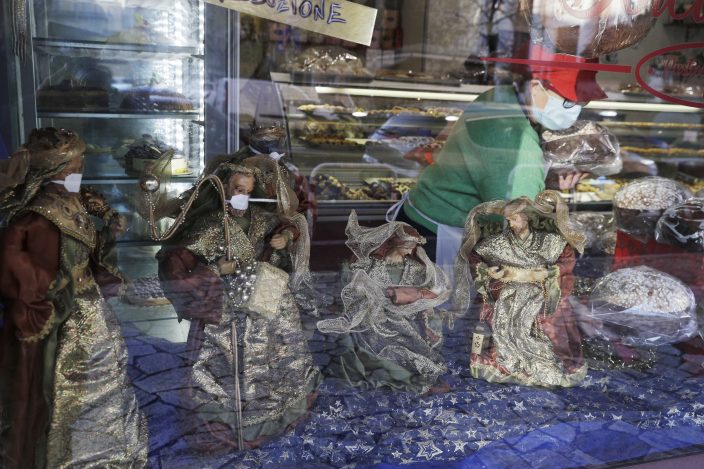 Statuettes of the Wise Kings wearing face masks adorn, along with the Nativity scene, the shop window of a pastry shop selling the traditional Italian Christmas cake, Panettone, in Rome, Wednesday, Dec. 3, 2020. Italy is bracing for new restrictive measures during Christmas and New Year. Prime Minister Giuseppe Conte is expected to sign a new decree on Thursday following a cabinet meeting held on Wednesday night. The rules will likely prevent Italians from traveling across the country during this season holidays in an effort to avoid a new wave of contagion. (AP PhotoGregorio Borgia

Health experts and policy makers alike remain concerned that a Christmas “as usual” would bring a third surge to Italy, the first Western country to confirm a locally spread case of COVID-19 on Feb. 21. Italy’s death toll stands at 58,038, second in Europe to Britain, while 1.6 million Italians have been infected -- one out of every 35 residents.

“There is still a long way to go out of the pandemic,’’ Conte said. “We must avoid the risk of a third wave that could arrive as early as January. It could be just as violent as the first and the second.”

New measures that take effect Friday include a ban on traveling outside home regions from Dec. 21 through Jan. 6, even to second homes. No ski lifts can operate until Jan. 7, after the Epiphany holiday marking the end of the school break. No one is permitted to leave their towns or cities of residence on Dec. 25-26 and Jan. 1. 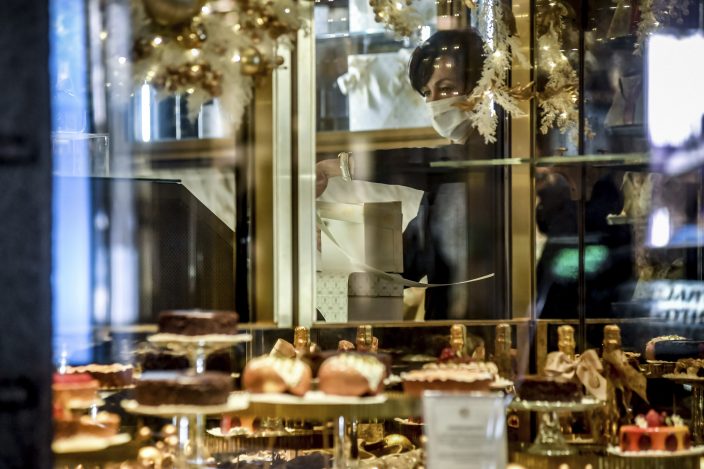 Christmas decorations adorn a shop window in Milan, Italy, Tuesday, Nov. 24, 2020. Italy registered 853 deaths in the last 24 hours, the highest in the autumn resurgence but still below the deadly peak in the spring. The director of Italy’s National Health Institute, Giovanni Rezza, called the number “a bad figure” in the face of a slowing in the spread of contagion following containment measures, including partial lockdowns in regions most under pressure and a nationwide 10 p.m. curfew. (Claudio FurlanLaPresse via AP)

Despite threats otherwise, the government is allowing hotels to stay open. But anyone planning to celebrate New Year’s Eve at a hotel will have to count on room service: Parties are prohitibed.

Conte noted that the most painful sacrifice — and hardest to control — will be the traditional celebratory lunches and dinners.

“We cannot enter in houses and set strict limits,’’ Conte said. But he asked that everyone respect a “strong recommendation” not to invite anyone over, and limit any festivities to members of the same household. Just so no one can label the government a Christmas Grinch, Conte said that stores can stay open until 9 p.m. starting Friday. “We don’t want to limit shopping, and the tradition of exchanging gifts.” Still, shopping malls will be closed on weekends, except for supermarkets, pharmacies and newsstands.

“It will be a Christmas different than all the others -- not less authentic,’’ Conte said. 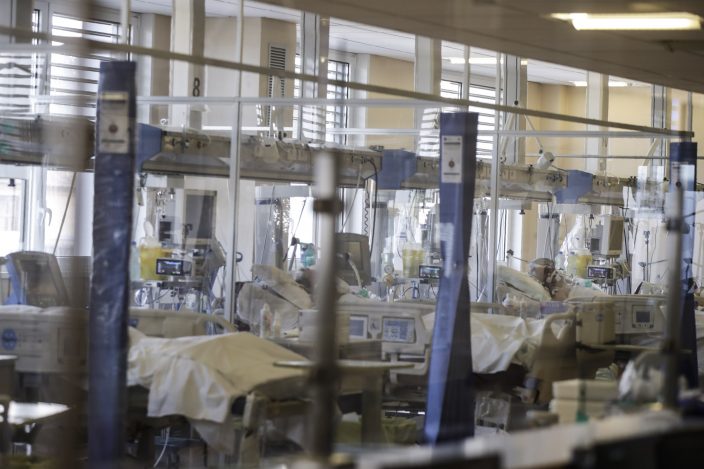 FILE - In this Friday, Nov. 6, 2020 file photo, Coronavirus patients lie on beds in the Intensive Care Unit of the 'Ospedale di Circolo' hospital, in Varese, Italy. Italy recorded a pandemic-high 993 deaths in the last 24-hours, topping the previous high during the deadly peak in March of 969. (AP PhotoLuca Bruno, File) 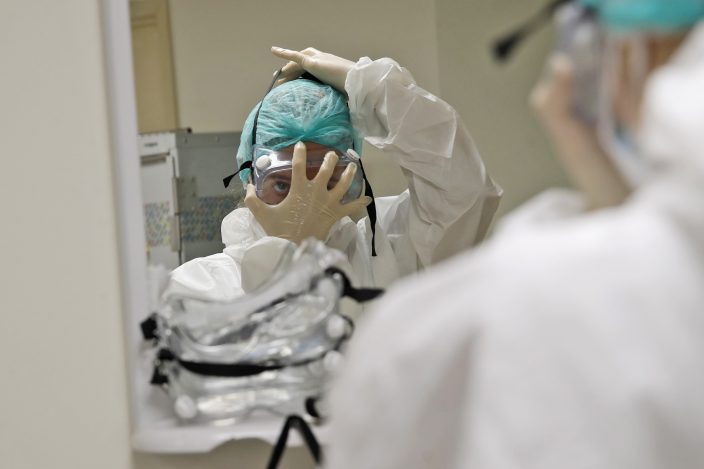 FILE - In this Thursday, Oct. 29, 2020 filer, nurse Ginevra Fattori gets ready before entering the sub-intensive care unit of the San Filippo Neri hospital in Rome. Italy recorded a pandemic-high 993 deaths in the last 24-hours, topping the previous high during the deadly peak in March of 969. (AP PhotoAlessandra Tarantino, File)

Loneliness is rampant. A simple call, or hug, may be a ...

The stranger’s call came when Dian ...

Too much red? Old Trafford color clash a problem for Un ...

Here’s a colorful explanation for ...