The Jacksonville Jaguars, just short of three years ago, were leading New England with less than three minutes to go in the AFC championship game.

Further down the coast, the Minnesota Vikings were warming up in Philadelphia for the NFC championship game that stood in front of their dream of playing the Super Bowl on their home field.

That January afternoon turned out to be a peak for both teams. When Jacksonville visited for joint training camp drills at Minnesota's practice facility seven months later as conference runners-up, each side still harbored confidence of another run. That never materialized, yet another reminder of how quickly a team's trajectory can shift in this what-have-you-done-lately league. 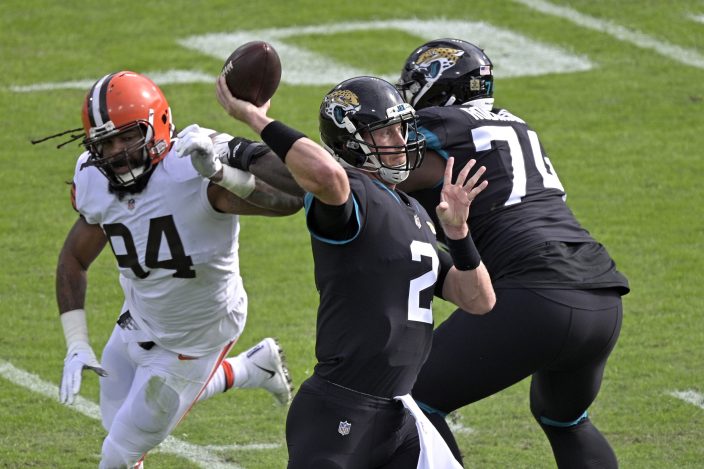 These teams, though, have taken drastically different tacks. The Jaguars, 9-30 since October 2018, initiated an aggressive teardown before last season and fired general manager Dave Caldwell last week. They've got a bounty of salary cap space for 2021 and some promising young players to build around, but they're lugging a 10-game losing streak to Minnesota on Sunday. Head coach Doug Marrone's future is tenuous at best.

“I like this group. I think you guys have seen production out of them, whether they’ve been draft picks or free agents, and I think it’s a good locker room. I think these guys are all in,” Marrone said.

The Vikings, despite having to let several key players on defense leave for cap savings, doubled down on the current core this year by extending the contracts of general manager Rick Spielman, head coach Mike Zimmer, quarterback Kirk Cousins and running back Dalvin Cook. They're 24-20-1 since the beginning of the 2018 season, including one win in the playoffs, and a 1-5 start this year put them in quite a bind. Four wins in the last five games have spurred them into the mix for the expanded postseason and suggested their resistance to rebuilding was merited. 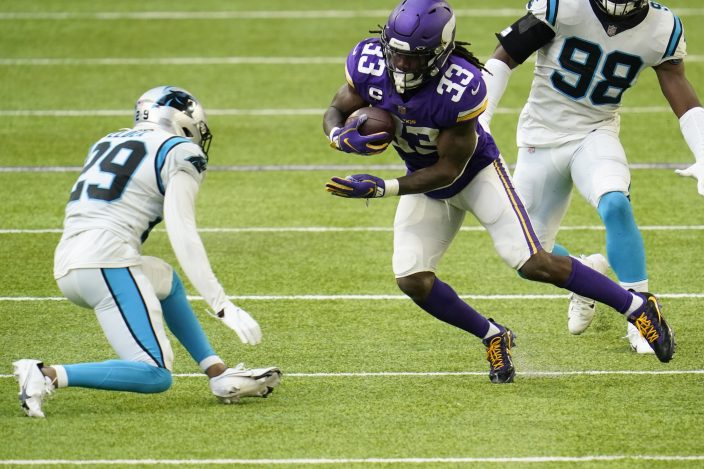 “We don’t really talk about playoff things or anything like that. We’re just trying to get better each week, and part of it is the mentality of this football team since I’ve been here that has always been smart and tough and physical,” Zimmer said. “So I continue to try to preach that message.”

Though the Jaguars (1-10) were a 10-point underdog by midweek, the Vikings (5-6) haven't exactly been getting too comfortable with their recent rise. They lost to Dallas and needed a late rally to beat Carolina at home over the last two weeks, opponents with a combined 7-16 record.

Winning would reduce Jacksonville's chance at the No. 1 pick in the 2021 draft, with the New York Jets (0-11) currently in control. Losing to Minnesota would serve to lower the second-round selection the Jaguars obtained for defensive end Yannick Ngakoue in late August. Ngakoue still leads the Vikings with five sacks despite being traded to Baltimore after six games.

The Jaguars are sticking with quarterback Mike Glennon despite Gardner Minshew now being fully healthy from his thumb injury. Glennon completed 20 of 35 passes for 235 yards and two touchdowns against Cleveland in his first start since 2017, as the Jaguars finished their first turnover-free and sack-free game of the season in a 27-25 defeat. Glennon misfired on two 2-point conversion attempts that ended up being the difference.

“It’s good to have the respect of the coaches and for them to say that, that’s great, but at the end of the day, it’s about going out there week after week and stacking good performances,” Glennon said.

HERE'S TO YOU, MR. ROBINSON

“I can’t get mad about it because I knew I would go somewhere,” Robinson said.

The Vikings have Adam Thielen back from COVID-19 quarantine, setting up him and rookie Justin Jefferson for a productive game against a Jaguars secondary that has struggled to slow opposing pass catchers in recent weeks, with 100-yard receiving games aplenty. Jefferson leads all NFL rookies with 918 receiving yards.

“It’s hard to really grasp what’s going on. To say I’m having this type of rookie year and making history and making records and stuff has been crazy,” said Jefferson, the 22nd overall pick out of LSU. “It’s been amazing. All I can do is thank God for being in this position and blessing me with what’s going on.”