While the win-loss record might not reflect it, first-year coach Matt Rhule has the Carolina Panthers headed in the right direction.

The Panthers are 4-8 entering the bye week and any realistic chances of reaching the playoffs — even with an extra wild card team added in both conferences this year — have all but evaporated.

But the playoffs were never an expectation for the Panthers, who began the season with a new coaching staff, a new franchise quarterback and a revamped roster with more turnover than any team in the league. The lack of an offseason and preseason games due to the coronavirus pandemic limited Carolina's chances of developing much in the way of chemistry and put Rhule and his staff of mostly college coaches even further behind the eight-ball. 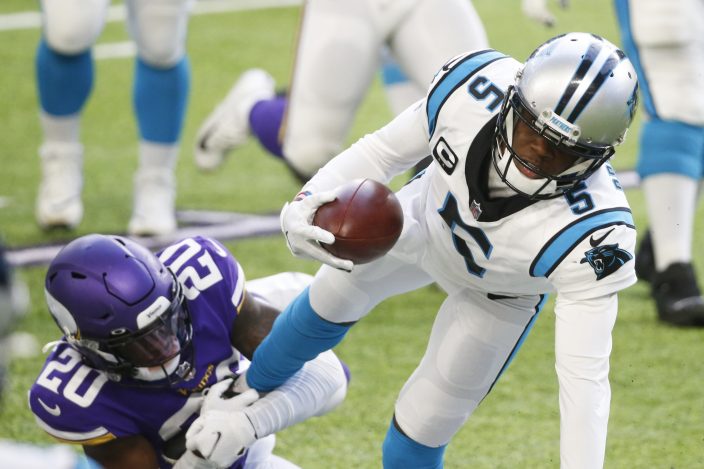 Consider that running back Christian McCaffrey, the team's most dynamic player, has been limited to three games this season due to ankle and shoulder injuries, and it's quite remarkable the Panthers have been as competitive as they have been.

Carolina has been in every game in the fourth quarter this season except one.

This a team that went to Kansas City and nearly upset the defending champion Chiefs, losing 33-31 when Joey Slye's desperation 67-yard field goal at the end of regulation came up a couple of yards short. 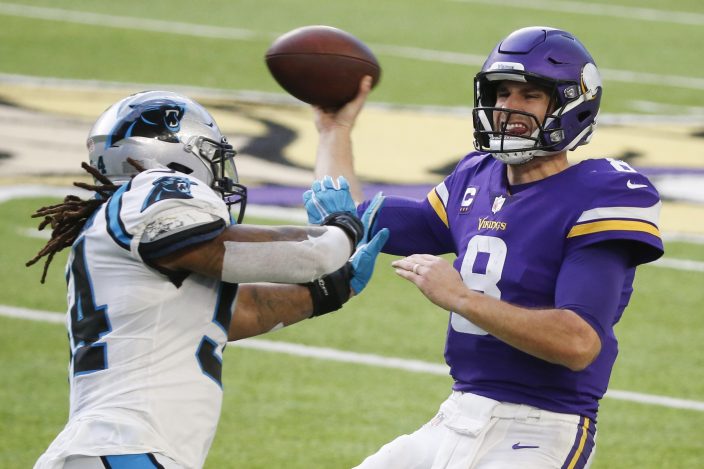 “He’s got great energy,” Chiefs coach Andy Reid said of Rhule. “He’s smart, demanding — all of those things. And he’s honest. ... He’s not going to tell you stories. And normally, that gives you opportunities to last a while in this league.”

While Rhule is incredibly competitive and wants to win now, he also understands that it takes time.

Rhule has been through this type of rebuild before as head coach at Temple and Baylor.

In both cases, Rhule inherited bad teams and struggled with losing records in his first season, only to turn those programs into consistent winners. Whether that formula works for him at the NFL level in Carolina remains to be seen, but it's pretty clear players have bought into what Rhule is preaching.

“What Coach Rhule is building here is fun to be a part of," Panthers quarterback Teddy Bridgewater said. "He's laying the foundation of a team that is going to be a tough team, a fast team and a team that plays for one another. That is great to be a part of. There is a competitive atmosphere and it is bringing out the best in everyone.”

Rhule is most proud of the fight his players have shown this season. They never seem to give up, losing six games by a combined 25 points.

“That doesn’t make us feel better, but it tells us that in a year when we were picked to be not very good — where a lot of people didn’t think we would have more than three, four or five wins — we are closer and closer each and every week,” Rhule said.

The biggest thing for the Panthers moving forward into 2021 is learning how to win those close games. But many of the pieces are place, including McCaffrey, wide receivers Curtis Samuel and D.J, Moore and right tackle Taylor Moton on offense, and defensive end Brian Burns and linebacker/safety Jeremy Chinn on defense.

The biggest challenge moving forward will be adding depth.

Rhule often talks about building a winner being a “process" — and he thinks the Panthers are getting there, maybe even faster than expected.

At the beginning of the season, the talk was whether the Panthers would be in the so-called Trevor Lawrence sweepstakes, meaning they would have a shot at the No. 1 pick in 2021.

The Panthers enter the final month of the season with a chance to break even at 8-8 if they can run the table with wins against Denver, Green Bay, Washington and New Orleans. The good news for the Panthers is that McCaffrey, who they planned to build their offense around this year, is expected to return after the bye week.

Win or lose, the Panthers will battle you until the end.

Rhule has made sure of that.

“I feel like we are a tough team,” Rhule said. "We have battled back through adversity and we play really hard and we are competitive.”