Amid the turmoil at Barcelona, United States defender Sergiño Dest has found his patch to flourish.

The former Ajax player arrived in the aftermath of Barcelona’s devastating 8-2 loss to Bayern Munich in the Champions League in August. After the club practically gave away several older players to jettison their heavy salaries, Dest landed at Camp Nou with the season underway.

Barcelona coach Ronald Koeman immediately put him to work filling in for injured fullbacks on both sides of the team’s defense. 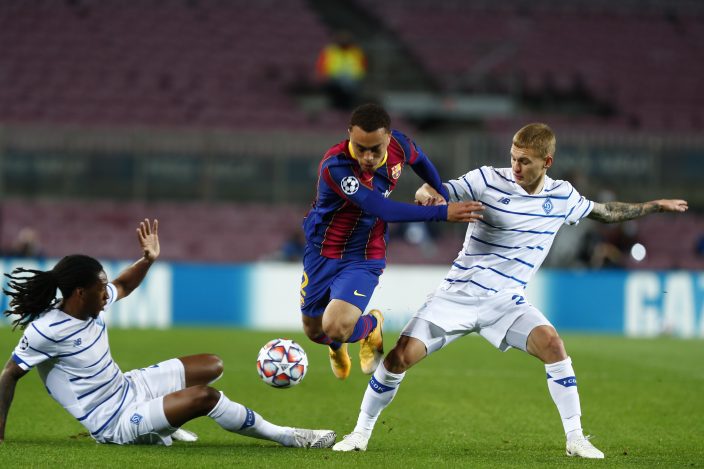 The 20-year-old Dest held up on the steep learning curve, earned his spot in the starting lineup, and last week scored his first goal for Barcelona to open a 4-0 win at Dynamo Kyiv in the Champions League.

“I was not nervous at all, it was just I am ready and happy to play,” Dest told The Associated Press this week in an interview. “If I would be nervous, I shouldn’t come to Barça. For me it is my time to show what I got, try to do my best and help the team out.”

Last year, Dest had the chance to join Bayern. Instead, he signed for the team Bayern exposed as old and brittle in a historic rout en route to winning the Champions League title. 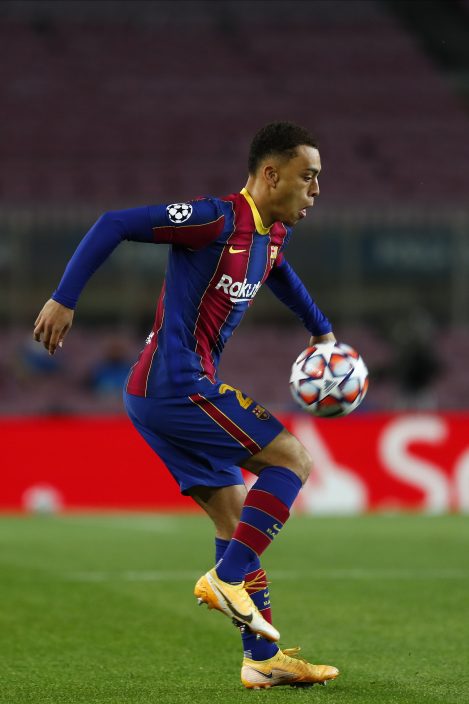 “It was not easy, easy, but this is my dream club. So that is why I chose Barça,” Dest said about becoming the first American player to sign for Barcelona’s senior club in early October.

“I saw some chances. They had some new players for the team. Koeman ... wanted me on Barça, so I thought they had a good plan with me. And right now I am playing, so I am happy. I had to take it because you never know when the chance (like this) happens again.”

Dest has become a key part of the rebuilding project Koeman is undertaking, along with 18-year-olds Ansu Fati and Pedro “Pedri” González, and 24-year-old Frenkie de Jong. 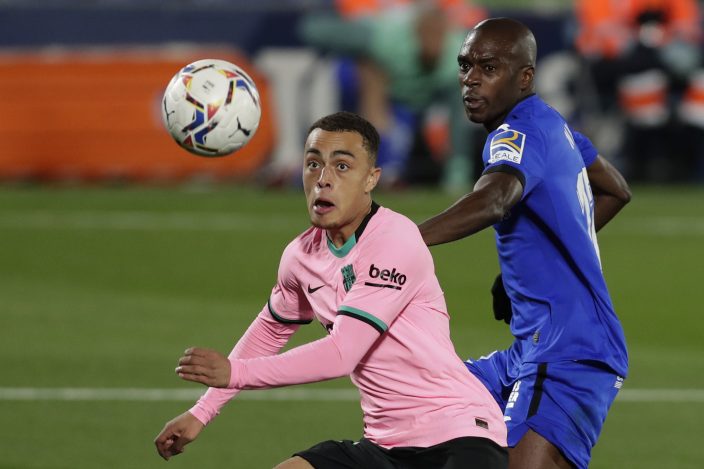 Despite an erratic Spanish league campaign, Barcelona has won all five of its Champions League matches and has won its last three games across both competitions by a combined score of 11-0.

Dest is now on fulltime duty at right back after veteran Sergi Roberto was ruled out for several weeks because of a muscle injury. With his speed and foot work, Dest is providing Barcelona with more punch down the flank to balance out the deep runs made by Jordi Alba on the left. Dest and Alba must stretch defenses, which pack the middle of the field to stymie Lionel Messi and the other forwards.

“All the younger players fit in pretty well. The last couple of games we got the spirit back,” Dest said. “We played well, we had good possession. We play as a team, everybody is defending, everybody is attacking. I think we are on the right path now.” 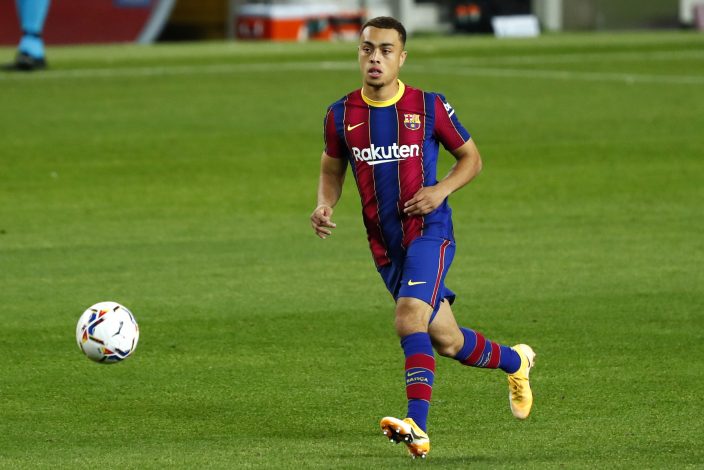 Dest, however, said that although he shares a locker room with Messi, he was in the dark along with millions of others regarding the future of the club’s greatest player. Messi has yet to recant his statement that he wants to leave the team. Messi, whose contract expires in June, will be free to negotiate with other clubs next month.

“I hear those things, too, but I don’t know what is true or not,” Dest said. “I hope I can play with him one more year. But we will see. Everyone wants to have him in this club, but it is his choice.”

Born in Almere, Netherlands, to a Surinamese-American father and Dutch mother, Dest’s transition has been made easier by the strong links Ajax has with Barcelona, including Dutch great Johan Cruyff playing for and coaching the Catalan team.

While learning Spanish, Dest is getting guidance from Dutch speakers Koeman and De Jong, along with Danish teammate Martin Braithwaite, who speaks English fluently. He lives alone but is often visited by his family. He said the only player he hangs out with away from the club in the socially-limited COVID-19 era is Konrad de la Fuente, an American reserve team forward that Dest roomed with at the 2019 under-20 World Cup.

Dest said he has benefitted from the extra in-game coaching that Koeman provides with stadiums in Spain void of fans because of pandemic-induced health restrictions.

“(You get) more details. That is the only positive part about that,” Dest said. “I have never played with fans in a full stadium in Barça yet. I’d like to see that.”

As for the other financial and leadership problems besieging Barcelona — the debt-ridden club is holding snap elections for a new president next month — Dest is focused on his job.

“I just worry about the team, and making sure we win the league and the Champions League,” Dest said. “All the other things around the club, for me, it’s not really my business. I just to have to make sure I perform on the pitch.”