In the decisive final days of talks, the tiny fishing industry is holding up a massive trade deal between the European Union and recently departed Britain, putting at risk hundreds of thousands of jobs and tens of billions of euros in annual production losses.

While fishing is a negligible part of the nations’ economies, it is an important point of national pride for coastal and island nations and has a massive impact on politics.

Arch-Brexiteer Nigel Farage put so much stock in the importance of fishing that at one point during his successful 2016 campaign to get Britain out of the EU he steamed up the Thames on a fishing vessel. 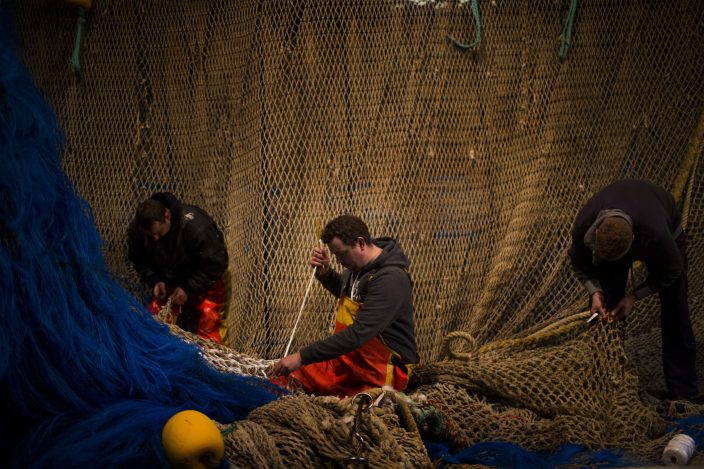 FILE- In this Friday, March 3, 2017 file photo, fishermen of the Maarten-Jacob ship work fixing their fishing net at the port in The Hague, The Netherlands. Fishing has become one of the main stumbling blocs in the Brexit negotiations for a new trade deal between the European Union and the United Kingdom. (AP PhotoEmilio Morenatti, File)

Sir Ivan Rogers, a former career diplomat who long was the UK's man at EU headquarters in Brussels, knows what the task is of British Prime Minister Boris Johnson during the final weeks before the Jan. 1 deadline.

“He has to emerge with a win on fisheries," Rogers told a panel at the EPC think tank this week.

If Johnson cannot expel enough EU fishing boats from U.K. waters, a no-deal Brexit would surely ensue, creating chaos and costs for all and ruin for some. 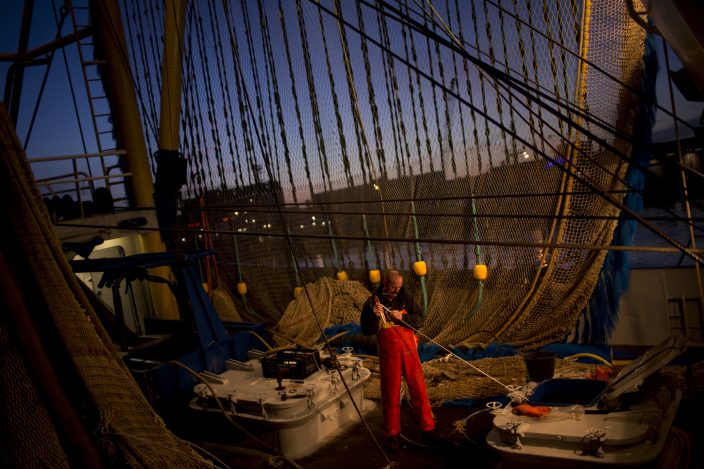 FILE- In this Friday, March 3, 2017 file photo, a fisherman works on his ship fixing a fishing net at the port in The Hague, The Netherlands. Fishing has become one of the main stumbling blocs in the Brexit negotiations for a new trade deal between the European Union and the United Kingdom. (AP PhotoEmilio Morenatti, File)

“It’s not about economics, it’s about politics and the symbolism,” said Barrie Deas, chief executive of Britain’s National Federation of Fishermen’s Organizations.

The French, Britain's fiercest political rival for access to U.K. waters, know about symbolism — and timing — too. 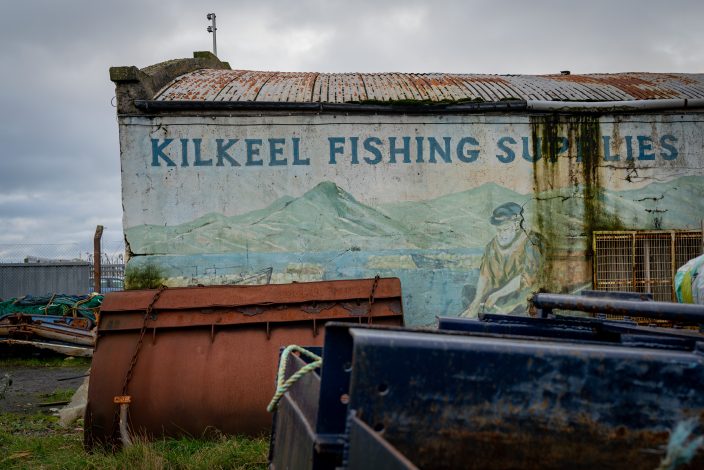 FILE - In this Tuesday, Jan. 28, 2020 file photo, old fishing equipment rusts away in front of old hand painted advertisement for fishing supplies at Kilkeel harbour in Northern Ireland. Fishing stands in the way of a massive trade deal between the European Union and recently departed Britain, putting at risk hundreds of thousands of jobs and tens of billions of euros in annual production losses. (AP PhotoDavid Keyton, File)

On a windswept, cold Thursday, French Prime Minister Jean Castex went to the fishing port of Boulogne-sur-Mer, from where on a bright day, across the Strait of Dover, Britain is visible.

It was a show to all negotiators how tough France will be in defending its 13,500 fishermen during the last days of negotiations.

“We’re 17 (nautical) miles from Dover, so we’re really close. So it’s really imperative for us to have access to the waters," local fishing official Olivier Lepretre told Castex. If there is no deal assuring this, he said, “that would mean certain death” for France's northern fishing fleet.

As well as France, the Netherlands, Belgium, Ireland and Denmark are among those directly implicated by the potential closing off of U.K. waters.

For centuries, foreign fishermen shared the plentiful waters off Britain, and it has been no different since the UK joined the EU in 1973. But as catches dwindled, sometimes to a fraction of their previous numbers because of ruthless overexploitation, the number of British fishermen dwindled from 22,000 in 1975 to 12,000 in 2018. Resentment in U.K. fishing communities increased.

Rightly or wrongly, EU trawlers venturing freely in U.K. waters came to be seen as a symbol of plunder and exploitation. When Britain voted to leave, saving U.K. waters for U.K. fishermen became a rallying cry that was endorsed right up to the prime minister's office.

“It’s about sovereignty. it’s about what Brexit is for,” Deas said.

In an ideal scenario, British fishermen would have all the waters to themselves, able to expand what so long has been a diminishing industry.

No one could deny Britain's rights to its waters in theory, but it's not that simple. The EU came into the trade negotiations demanding that its boats continue being allowed to fish. Even though Brexit left the bloc in a much weaker position, UK exports gave it leverage.

“If they don't allow our boats in, they can eat all the fish they catch themselves," said a high-level diplomat from a seafaring EU nation. Some 80% of fish landed in the U.K. is exported, and three-quarters of that goes to the EU. If the Continent closes off its markets, fish would be rotting on British quays.

The debate during the final days centers on how the issues of fishing rights for EU trawlers could be reconciled with low or no tariffs for U.K. exports through fish-processing centers like Boulogne-sur-Mer. With fishing interests from all sides looking on, progress has been perhaps the slowest of all sectors under discussion.

Deas said he expected there to be protests from disgruntled EU fishermen — especially French ones — if there is a deal that sees quotas reduced.

“They’ve blockaded the Channel ports for less. We fully expect some kind of demonstrations or show of frustration," he said.

Most agree Boulogne would be a prime target because so much U.K. fish is exported through there, and a blockade is relatively easy to achieve.

French Premier Castex was told in veiled terms what could be coming.

“How do we explain to fishermen that they can’t go into British waters, but then they will import fish to Boulogne? “ Lepretre told Castex. “That’s very complicated, believe me,"