DANGEROUSLY VIRAL: It took just a day for a cellphone video of a man hauling a large box into a Detroit election office to be viewed more than a million times. The images were spread across social media as proof of voter fraud even though it was debunked by news organizations and public officials: The man was a photojournalist hauling camera equipment, not illegal votes. But that video serves as a powerful emblem of the trafficking in false information that has plagued the presidential election won by Joe Biden. 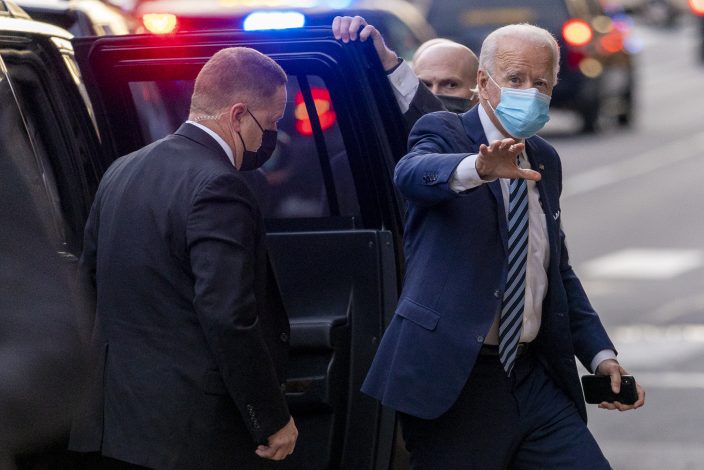 TRUMP KEEPS LOSING ELECTION CHALLENGES: For a man obsessed with winning, President Donald Trump is losing a lot. He’s managed to lose not just once to Biden at the ballot box but over and over again in courts across the country in a futile attempt to stay in power. Trump and his allies continue to mount new cases, recycling the same baseless claims, even after Trump’s own attorney general declared the Justice Department had uncovered no widespread fraud.

BIDEN ADJUSTING AGENDA: President-elect Biden is adjusting the scope of his agenda to meet the challenges of governing with a narrowly divided Congress and the complications of legislating during the raging coronavirus pandemic. Rather than immediately pursue ambitious legislation to combat climate change, the incoming administration may try to wrap provisions into a coronavirus aid bill.

OPTIMISM GROWS FOR COVID-19 RELIEF BILL: Optimism about delivering long-sought COVID-19 relief is building on Capitol Hill after additional rank-and-file lawmakers voiced support for a bipartisan, middle-of-the-road plan taking shape in the Senate and as top congressional leaders connected on the topic for the first time in months. House Speaker Nancy Pelosi and Senate Majority Leader Mitch McConnell spoke on the phone, a conversation that came the day after Pelosi signaled a willingness to make major concessions in search of a COVID-19 rescue package in the $1 trillion range. 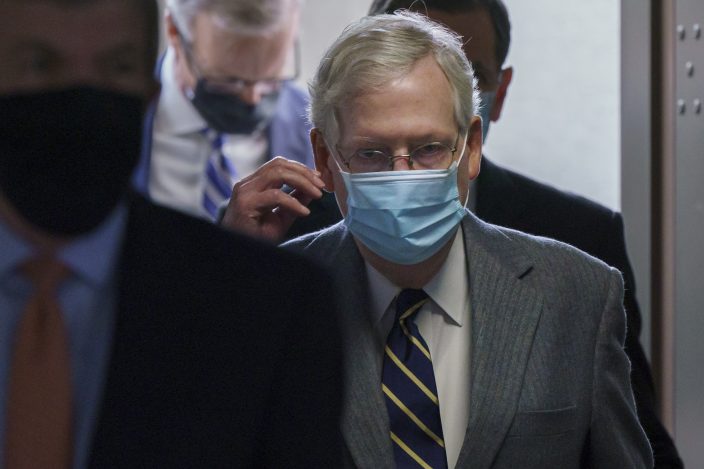 QUOTABLE: “On the first day I’m inaugurated, I’m going to ask the public for 100 days to mask. Just 100 days to mask — not forever, just 100 days. And I think we’ll see a significant reduction" in the coronavirus. — Biden, stopping just short of the nationwide mandate he’s pushed before to stop the spread of the virus.

Rockets look to future after trading Harden to Brooklyn

James Harden forced his way out of ...