A man livestreamed his sexual assault of a former girlfriend on social media and threatened to kill her shortly before he was shot and wounded by a St. Paul police officer who was criticized by the city's police chief for firing at him, according to a criminal complaint.

The complaint filed in Dakota County District Court said Joseph Javonte Washington, 31, forced the woman to drive from her home in Lakeville to St. Paul following the assault on Saturday and caused the vehicle to crash.

Police tracked Washington to a dumpster after he fled on foot. When he climbed out, the Black man was stunned with a taser and attacked by a police dog before being shot by Officer Anthony Dean. 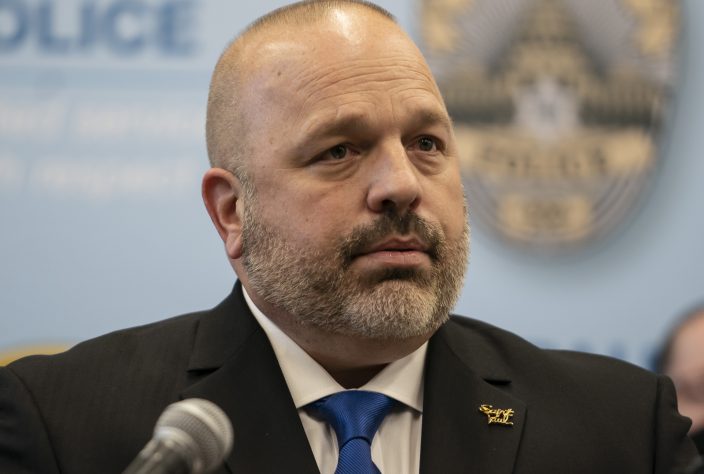 Police Chief Todd Axtell said the suspect was naked and unarmed at the time and shouldn't have been shot. Axtell said Tuesday he took “swift, decisive and serious action” against the officer, but didn't release details. Several media reports, citing law enforcement sources they did not identify, said that Dean was fired following Saturday night’s shooting.

The officer's attorney did not return a call seeking comment on Dean's status, but he's said that Dean was trying to protect his fellow officers and himself. The officer’s race hasn't been disclosed.

Washington is charged with five felonies, including first-degree criminal sexual conduct. He does not yet have an attorney who could comment on his behalf, according to the State Court Administrator’s Office. 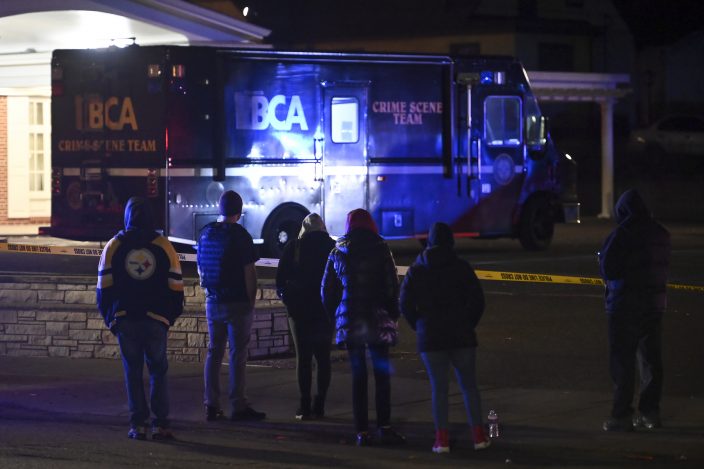 A crowd gathers on Sunday, Nov. 29, 2020, along Rice Street near the scene where St. Paul Police shot a man earlier in the night in St. Paul, Minn. (Aaron LavinskyStar Tribune via AP)

The woman told investigators she found Washington in her house when she returned home Saturday night. Washington punched her and threatened to kill her with a knife before he sexually assaulted her in a bathroom and used her cellphone to livestream video on her Facebook and Snapchat accounts, the St. Paul Pioneer Press reported, citing the complaint.

According to the complaint, Washington took two knives from the kitchen and dragged the woman into the garage, demanding that she get in her car and start driving. He threatened to stab her if she crashed and punched her every time she tried to slow down, the complaint said.

Washington held a knife at her throat and eventually grabbed the steering wheel, causing the crash in St. Paul, according to prosecutors. He fled and the woman was able to flag down a motorist for help. 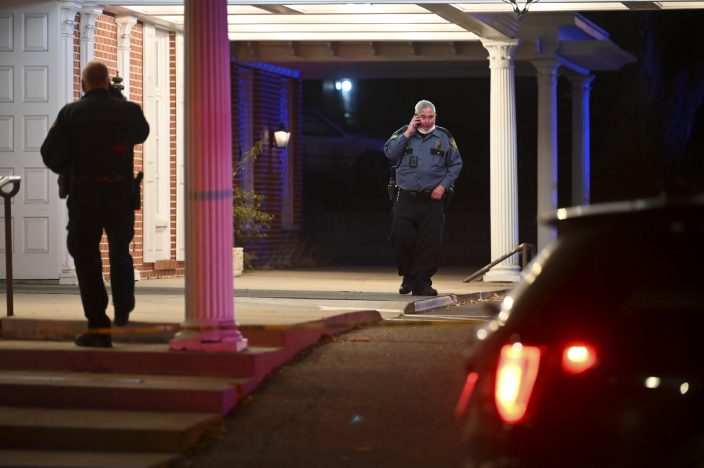 A St. Paul Police officer speaks on the phone outside of the Bradshaw Funeral Home Saturday, Nov. 28, 2020, after a man was shot multiple times by St. Paul Police in St. Paul, Minn. (Aaron LavinskyStar Tribune via AP)

Harry Brant, a rising model and so ...