The Pentagon has appointed two close allies of President Donald Trump to a defense advisory board, continuing a post-election purge in the final weeks of the administration.

The acting secretary of defense, Christopher Miller, who was installed by Trump on Nov. 9 after he fired then-Defense Secretary Mark Esper, said in a written statement Friday that nine members of the Defense Business Board had been replaced with the appointment of 11 new members. 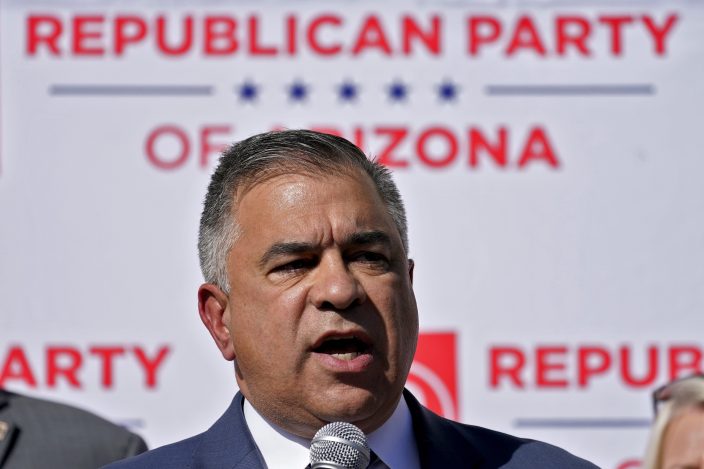 “These individuals have a proven record of achievement within their respective fields and have demonstrated leadership that will serve our department and our nation well,” Miller said. He also said the nine individuals removed from the board had been serving in ”expired positions," although this was not explained. The board's charter says members are appointed for terms ranging from one to four years, with annual renewals.

The board's charter says members must possess a “a proven track record of sound judgment and business acumen in leading or governing large, complex private sector corporations or organizations and a wealth of top-level, global business experience in the areas of executive management, corporate governance, audit and finance, human resources, economics, technology, or healthcare.”

The role of the Defense Business Board, which was established in 2002, is to provide the secretary of defense and deputy secretary of defense with independent advice and recommendations on overall Defense Department management, business processes and governance from a private-sector perspective.

Lewandowski was Trump’s first of three campaign managers in 2016, and both he and Bossie were regulars on the campaign trail with Trump this year.

Bossie was brought on as part of a 2016 campaign team shakeup to help Trump defeat Hillary Clinton. He briefly fell out of favor with Trump aides over his involvement with political groups that sought to fundraise off Trump’s name but did not benefit his reelection campaign. He found his way back into Trump’s orbit earlier this year thanks to his vigorous advocacy of the president.