“Napoli is delighted about today's decision,” the club said in a brief online statement. 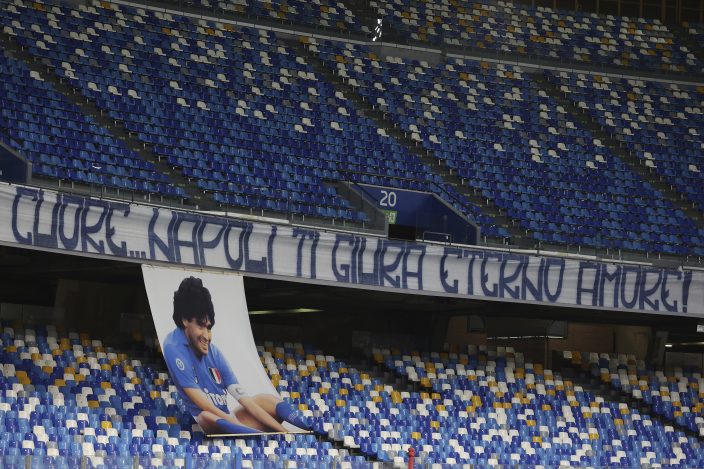 A banner reading in Italian "Heart...Naples swears to you eternal love" to honor Diego Maradona is displayed in the stands prior to the Serie A soccer match between Napoli and Roma, at the Naples San Paolo Stadium Sunday, Nov. 29, 2020. (Alessandro GarofaloLaPresse via AP)

Maradona died last week aged 60 in his native Argentina. Fans gathered in their thousands at Napoli's stadium to mourn him, leaving candles, flowers, pictures and notes.

The day after his death, Maradona was honored by Napoli at its Europa League match against HNK Rijeka when every player wore a shirt inscribed with 'Maradona 10.'

EXPLAINER: A look at the data behind NFL decision makin ...

Fourth downs in the NFL used to be ...

Super Bowl play-ins at Lambeau rare yet rich events for ...

As Aaron Rodgers spoke with report ...