The free agent market received a small boost this week, although it remains to be seen whether teams will be eager to take advantage.

A record 59 players became free agents when their teams declined to offer them contracts by Wednesday night's tender deadline. That group included a few well-known names like Kyle Schwarber of the Chicago Cubs and Eddie Rosario of the Minnesota Twins — but these additions to the free agent class did little to change the sense the market could be slow this offseason.

Teams may be looking to cut costs amid the coronavirus pandemic, and so far there have been only a few short deals, such as Charlie Morton going to Atlanta on a one-year, $15 million contract and Mike Minor signing with Kansas City for two years and $18 million. 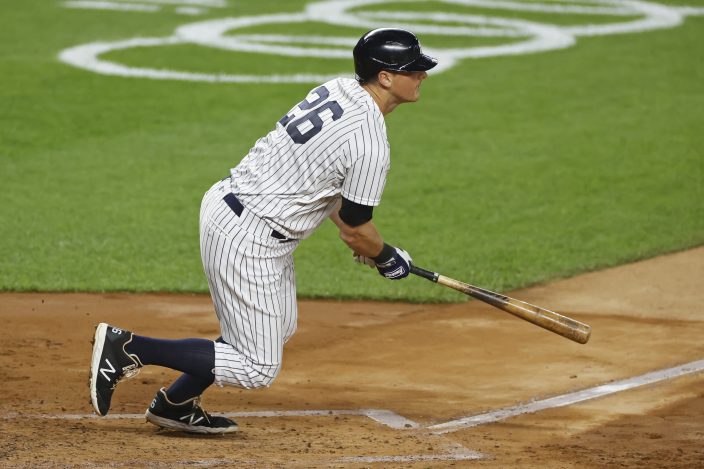 As we enter the heart of the offseason calendar, here’s a look at the top free agents still available, broken down by position. The biggest names on the market are players who were already free agents well before the new group of non-tenders joined the pool.

Players are listed with their most recent teams, with their ages in parentheses: 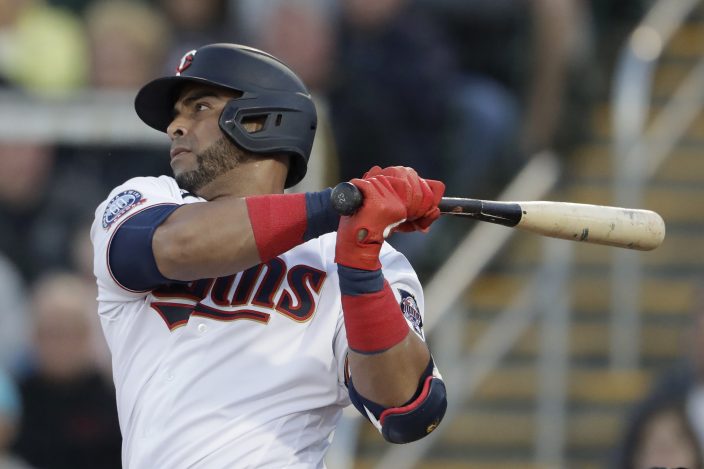 FILE - Minnesota Twins designated hitter Nelson Cruz (23) follows through on a single in the first inning of a spring training baseball game against the Pittsburgh Pirates in Fort Myers, Fla., in this Saturday, Feb. 29, 2020, file photo. Cruz is a free agent. (AP PhotoJohn Bazemore, File)

Paxton made just five starts this year because of problems with his pitching arm, but a string of solid seasons leading up to that make him a potentially valuable pickup if teams aren't scared off by his health.

Other options: Injury problems limited Jose Quintana to only 10 innings this season, but he made at least 31 starts in each of the previous seven years. Quintana's teammate with the Chicago Cubs, Jon Lester, can still log plenty of innings but his 5.16 ERA this year was the worst of his career. 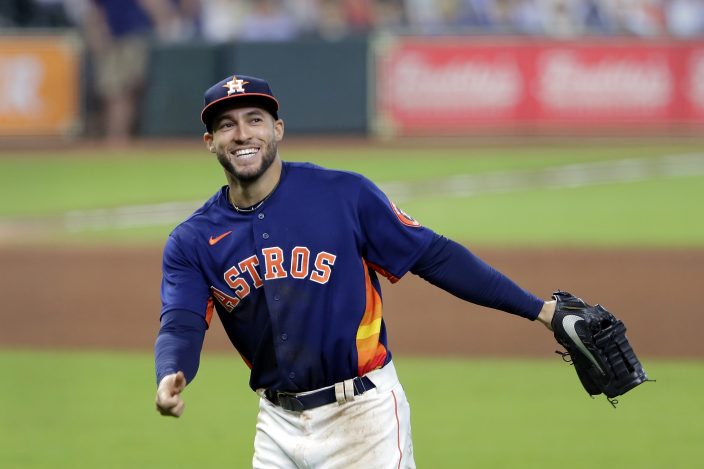 Hand converted all 16 of his save attempts and then promptly had his $10 million option declined by Cleveland. That was certainly an ominous sign for the market. 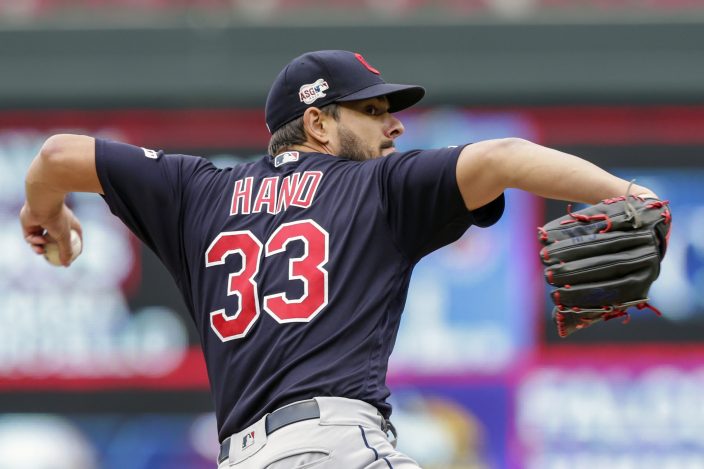 Other options: Jose Alvarez hasn't been a closer, but he's been dependable for several seasons with the Phillies and Angels. Sean Doolittle is coming off an injury-plagued season and may be past his best days at 34.

The last time a Cy Young Award winner switched teams via free agency was when Greg Maddux went from the Cubs to the Braves following the 1992 season. Bauer is now in a position to do the same, and although this might not be an ideal offseason for obtaining a big contract, he certainly entered it on a high.

Other options: Masahiro Tanaka posted a 3.56 ERA, his best in four years. Jake Odorizzi was coming off a nice 2019 but couldn't build on it because of injuries. 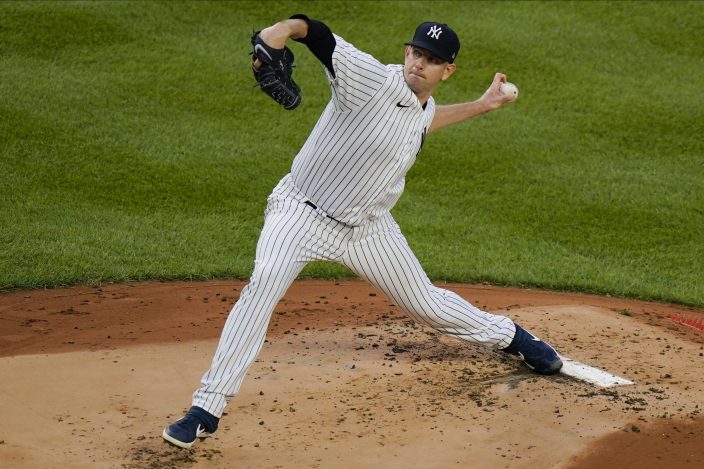 Coming off back-to-back stellar seasons as Oakland's closer, Hendricks has a strong case as the top reliever available.

Other options: Kirby Yates was sensational in 2018 and 2019, but elbow issues this year may give teams pause. Mark Melancon had his ups and downs after signing a $62 million, four-year contract with San Francisco, but he was decent enough for Atlanta in 2020 in the final season of that deal. Archie Bradley is available after being non-tendered by Cincinnati.

A two-time All-Star, Realmuto has been remarkably consistent with the bat over the past few seasons and stands out as one of the top position players on the market.

Other options: It's hard to imagine Yadier Molina elsewhere after 17 seasons with St. Louis, but he's a free agent so it's possible. James McCann came into his own the past couple years with the Chicago White Sox and entered free agency after posting a career-high OPS of .896 in 2020.

Santana is older than some of the other big names on this list, but he played all 60 games this season and 158 in 2019. After hitting 34 homers in 2019, he batted just .199 this year. A small-sample dip or a sign of a more meaningful decline?

Other options: Derek Dietrich can play plenty of positions in addition to first. C.J. Cron has shown he can hit for power but is coming off a significant knee injury. Eric Thames hit 25 homers in 2019 but batted only .203 this year. Danny Santana was non-tendered by Texas after a poor season at the plate, but he did hit 28 homers in 2019.

A two-time batting champion who made the jump into MVP contention the past couple years, LeMahieu can fill an up-the-middle position with a consistently productive bat. He should be one of this offseason's top targets.

Other options: Kolten Wong just turned 30, and Jonathan Villar is even younger than that at 29.

Turner caught some heat for his lack of social distancing at the end of the World Series. Prospective suitors are probably more concerned with his age, but he has hit over .300 in three of the past four seasons.

Other options: Also helping Turner's value is the fact it's slim pickings at this position. Brad Miller has hit well the past couple years but hasn't played anything close to a full season since 2016. Marwin Gonzalez brings versatility but did not have a good 2020 with the bat. Travis Shaw was let go by Toronto, but at age 30, he could still recapture the form that produced back-to-back 30-homer years in 2017 and 2018.

Semien hit 33 home runs in 2019. His production dipped significantly this season, and if that causes his price to drop, he could be a steal.

Other options: Andrelton Simmons offers defensive wizardry — and has almost hit .300 a couple times. Didi Gregorius is back on the market after a solid season in Philadelphia.

Ozuna led the National League with 18 home runs this year, and the two Houston outfielders are proven commodities as well. There's plenty to pick from at this position.

Other options: Joc Pederson is coming off a good postseason and can provide reasonably predictable production — a low batting average and plenty of power. Even with the addition of the designated hitter to the National League, Kyle Schwarber still played 48 games in the outfield. But he hit .188 before being non-tendered by the Cubs. The Twins moved on from Eddie Rosario despite fairly consistent production the past few years. Adam Eaton wasn't great this season but had a solid track record prior to 2020 as an outfielder who can get on base. Jackie Bradley Jr. is four years removed from his All-Star season of 2016, but he did hit a career-best .283 this year. Brett Gardner will be 38 next August but established career highs in homers and OPS not too long ago in 2019.

After 16 more home runs in this extremely abbreviated season, Cruz is up to 417 for his career and still rolling along. He's also hit over .300 the past two years.

Other options: Edwin Encarnacion had 10 homers in 2020, but that was 40% of his total hits for the season and he finished with a .157 average. The DH's inclusion in the National League gave Howie Kendrick a chance to fill that role a bit with Washington, although a hamstring injury cut the 37-year-old's season short.