Iran's death toll from the global pandemic has risen above 50,000, according to state television, as the country grapples with the worst outbreak in the Middle East.

A two-week partial lockdown in the capital of Tehran and other major cities helped slow, but not stop the rising wave of deaths from the coronavirus over the past few weeks.

President Hassan Rouhani warned Saturday that the lockdown could be extended to more cities or reimposed on the capital, if people do not abide by health measures. 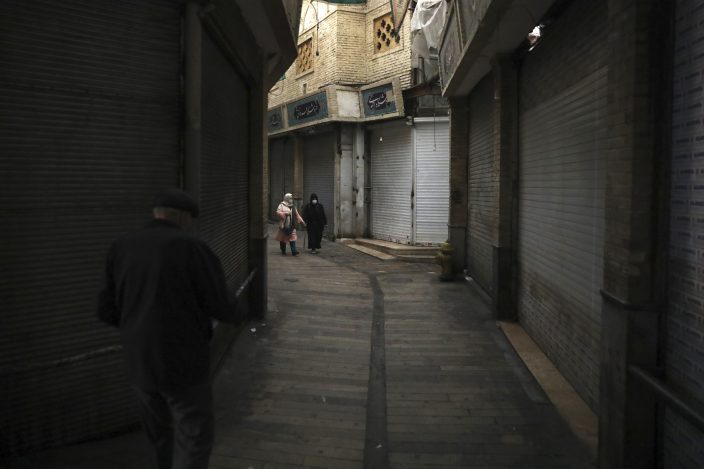 People walk through a closed bazaar in northern Tehran, Iran, Sunday, Nov. 22, 2020. Iran on Saturday shuttered businesses and curtailed travel between its major cities, including the capital of Tehran, as it grapples with the worst outbreak of the coronavirus in the Mideast region. (AP PhotoVahid Salemi)

“Tehran is on the borderline of being in the red zone," Rouhani said. “All people and public officials should try to implement measures and regulations.”

Before the most recent lockdown, the daily death toll was as high as 486. 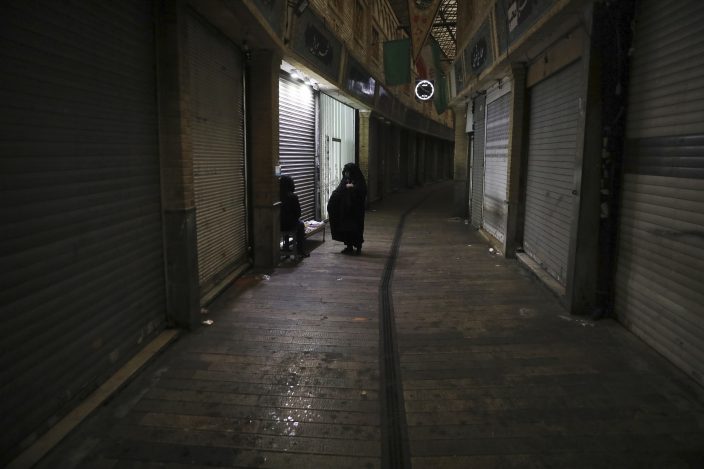 A woman talks with a vendor in a closed bazaar in northern Tehran, Iran, Sunday, Nov. 22, 2020. Iran on Saturday shuttered businesses and curtailed travel between its major cities, including the capital of Tehran, as it grapples with the worst outbreak of the coronavirus in the Mideast region. (AP PhotoVahid Salemi)

Rouhani also vowed to raise the number of countrywide COVID-19 tests to over 100,000 per day. Iran has almost doubled its daily testing capacity to 40,000 in the past weeks.

While shopping malls and mosques reopened Saturday in Tehran, a 9 p.m. curfew on businesses and the use of private cars will remain in force in the capital and major cities.

Larger lockdown measures remained in force in 64 other towns across the country.

The use of private cars is banned in those towns from 9 p.m. to 4 a.m., while travel between the lockdown cities by private car has also been stopped.

In November, authorities ordered a month-long nightly business curfew in Tehran and 30 other major cities and towns, asking nonessential shops to keep their workers home, while factories and major industries like oil and gas remained open.

Ali Reza Zali, the official who is coordinating anti-coronavirus measures in the capital, said that he expected the lockdown, though ended, will lead to a continued drop in virus deaths over the next weeks.

A spokesman for the Health Ministry, Kianoush Jahanpour, said Iran is working on three vaccines for the disease, including one that is based on inactivated virus samples, while the other two are based on the same method used for the Pfizer and Moderna vaccines. He said the vaccines will reach the human test phase soon, without elaborating further.

Iran's government also said last week that it planned to buy more than 20 million doses of coronavirus vaccines from abroad.

The government has resisted using a total shutdown to fight the outbreak, as the country's economy has been already shattered by unprecedented U.S. sanctions that effectively bar Iran from selling its oil internationally. The Trump administration reimposed sanctions in 2018 after withdrawing from Tehran’s nuclear deal with world powers.