Fiji showed what the Autumn Nations Cup dearly missed when it sliced up Georgia 38-24 at Murrayfield on Saturday.

A coronavirus outbreak in camp forced Fiji to forfeit its three group matches. France, Scotland and Italy discovered on Saturday they got off lightly.

The rugby in the Autumn Nations Cup has been drudge only purists could love, but the audacious and joyful Fijians and the much-improved Georgians combined to produce an entertaining playoff for seventh place that laid on nine tries in wet conditions. 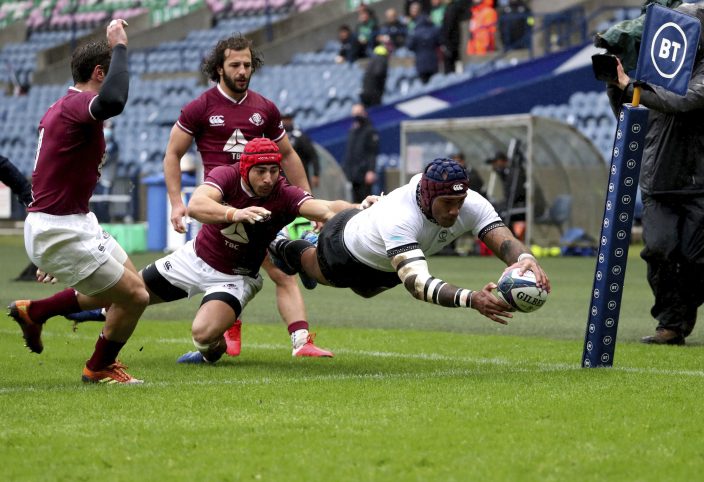 Weeks in isolation were expected to leave Fiji cold and rusty, but it made an explosive start to lead 19-3 after 19 minutes.

Just 71 seconds in, wing Nemani Nadolo was over. A pass meant for captain and center Semi Radradra missed him, and Nadolo picked up the skidding ball, spun out of one tackle and carried another defender over in the left corner.

Nadolo retired from internationals last year before the Rugby World Cup but was persuaded to return by new coach Vern Cotter, Nadolo’s former club coach in France. The wing lost eight kilograms (17.6 lbs.) in a meat-free diet in isolation and was better for it as he scored a second career hat trick. And he had a late fourth try disallowed because of a teammate's late tackle. 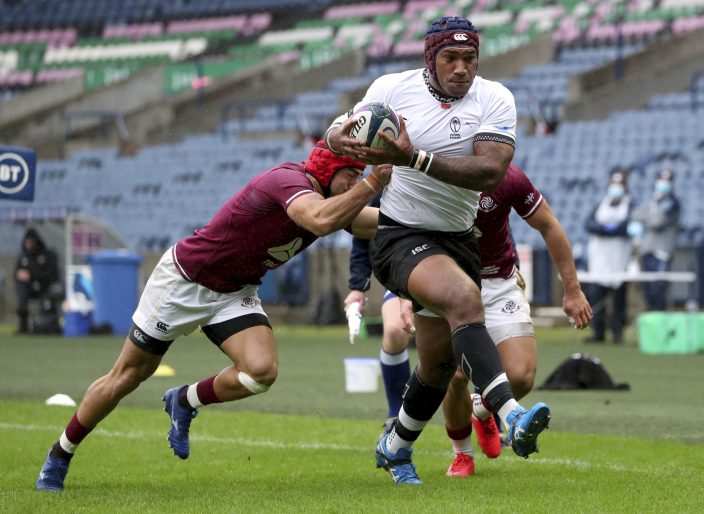 Fiji's Nemani Nadolo, right, on his way to score his side's first try of the game during the Autumn Nations Cup rugby union match between Georgia and Fiji at BT Murrayfield stadium, Edinburgh, Scotland, Saturday, Dec. 5, 2020, (Andrew MilliganPA via AP)

A passing shower slowed Fiji but emboldened the Georgians, for whom replacement prop Giorgi Melikidze crashed over. Georgia had another chance on halftime but 16 phases were killed by a penalty conceded.

In brighter conditions after the break, Fiji continued to show its fitness and discipline were not a problem, and its set-piece was reliable. One scrum shoved the Georgians five meters. 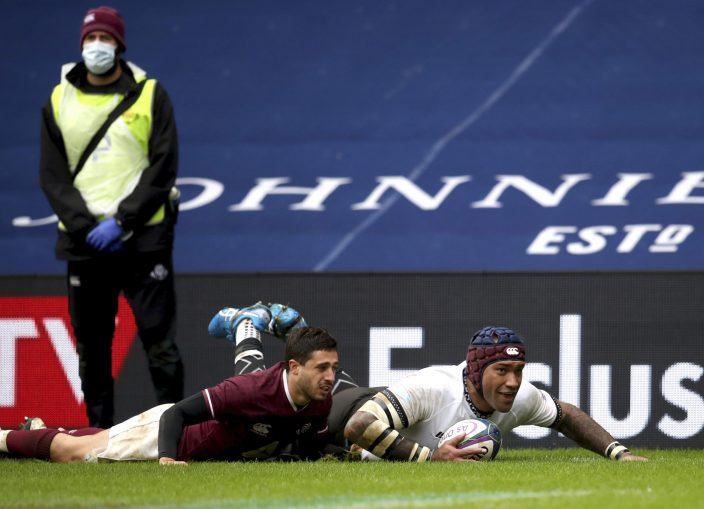 Prop Peni Ravai had a try disallowed, then Tuisova blew past one defender and offloaded with three Georgians all over him for flanker Mesulame Kunavula to score on debut.

Nadolo scored the next two tries, sliding on to a Ben Volavola grubber, then busting through weak tackles off lineout ball. Volavola added four conversions.

Georgia finished with the last two tries, both hard fought by flanker Beka Saginadze and converted by the flawless Tedo Abzhandadze for its highest score in the tournament.