Tens of thousands of opposition supporters marched across the Armenian capital Saturday to push for the resignation of the ex-Soviet nation's prime minister over his handling of the conflict with Azerbaijan over Nagorno-Karabakh.

In six weeks of fierce fighting that ended with a Russia-brokered peace deal on Nov. 10, the Azerbaijani army reclaimed lands that Armenian forces have held for more than a quarter-century.

Armenia's opposition parties warned Prime Minister Nikol Pashinyan there would be civil disobedience across the country if he does not resign by noon on Tuesday. Pashinyan has refused to step down, defending the peace agreement as a painful but necessary move that prevented Azerbaijan from overrunning the entire Nagorno-Karabakh region. 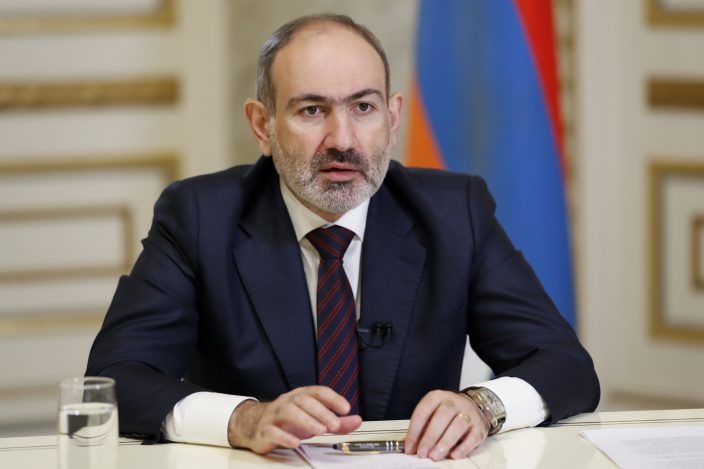 More than 20,000 protesters rallied in Yerevan on Saturday, chanting “Nikol ,you traitor!” and “Nikol, go away!” and then marched to the prime minister's official residence.

“The seat of the prime minister of Armenia is currently being occupied by a political corpse,” Artur Vanetsyan, the leader of the opposition party Homeland and the former head of the National Security Service, said at the protest rally.

Several priests of the Armenian Apostolic Church joined the protest, denouncing Pashinyan for allowing Azerbaijan to take over some holy sites. 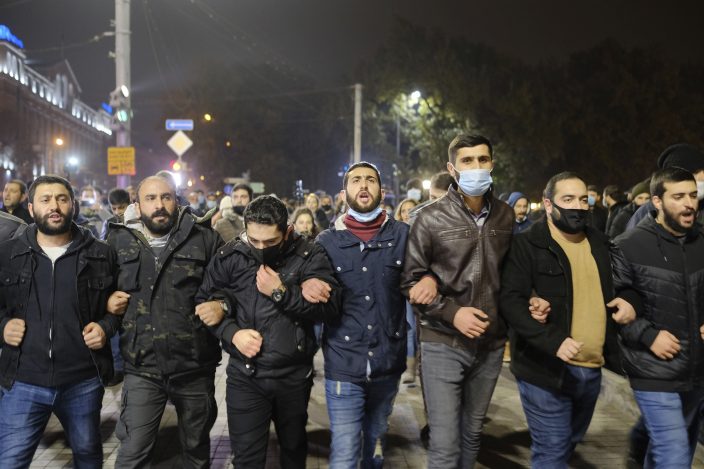 Opposition demonstrators attend a rally to pressure Armenian Prime Minister Nikol Pashinyan to resign over a peace deal with neighboring Azerbaijan in Republic Square in Yerevan, Armenia, Thursday, Dec. 3, 2020. In Armenia, the peace deal sparked outrage. Mass protests erupted in the capital Yerevan, with thousands regularly taking to the streets to demand the ouster of the country's prime minister. (Aram KirakosyanPAN Photo via AP)

Nagorno-Karabakh lies within Azerbaijan but has been under the control of ethnic Armenian forces backed by Armenia since a separatist war there ended in 1994. That conflict left not only Nagorno-Karabakh itself but large chunks of surrounding lands in Armenian hands.

In 44 days of fighting that began on Sept. 27, Azerbaijan troops routed the Armenian forces and wedged deep into Nagorno-Karabakh, forcing Armenia to accept the Nov. 10 peace deal that saw the return to Azerbaijan of a significant part of the separatist region. It also obliged Armenia to hand over all of the areas it held outside Nagorno-Karabakh.

Azerbaijan completed reclaiming those territories on Tuesday when it took over the Lachin region located between the Nagorno-Karabakh and Armenia. Azerbaijan celebrated the end of fighting as a national triumph, and President Ilham Aliyev established a new Nov. 8 national holiday called Victory Day to commemorate the event. 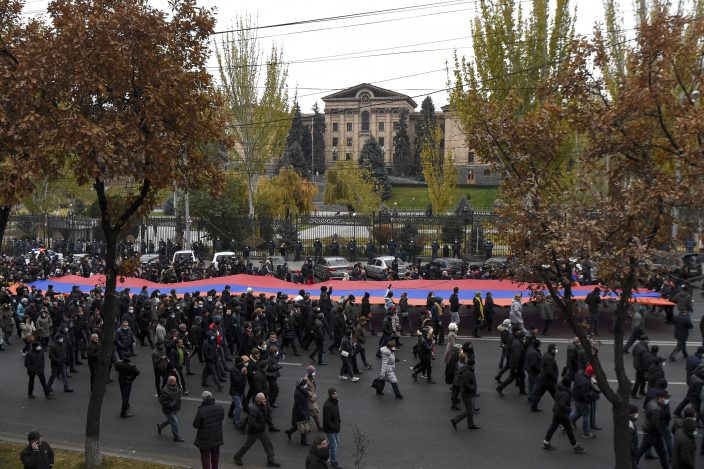 Opposition demonstrators carry a giant an Armenian national flag as they rally to pressure Armenian Prime Minister Nikol Pashinyan to resign over a peace deal with neighboring Azerbaijan in Republic Square in Yerevan, Armenia, Saturday, Dec. 5, 2020. Tens of thousands of opposition supporters marched across the Armenian capital Saturday to push for the resignation of the ex-Soviet nation's prime minister over his handling of the conflict with Azerbaijan over Nagorno-Karabakh. (Lusi SargsyanPHOTOLURE via AP)

Armenian opposition leaders hold Pashinyan responsible for failing to negotiate an earlier end to the hostilities at terms that could have been more beneficial for Armenia. They have emphasized, however, that the opposition wasn’t pushing for the annulment of the peace deal.

Veteran politician Vazgen Manukyan, whom 17 opposition parties have nominated as their candidate for prime minister, said at Saturday’s rally that his transition government would seek to renegotiate some vague aspects of the Nov. 10 peace deal.

Manukyan, 71, served as prime minister in 1990-91, when Armenia was part of the Soviet Union and later served as defense minister during the separatist war 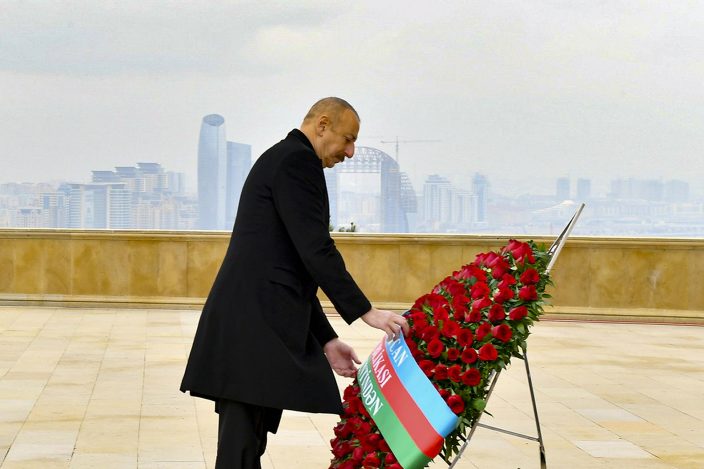 In this handout photo provided by the Azerbaijan's Presidential Press Office, Azerbaijani President Ilham Aliyev attends a laying ceremony at the Honorary Alley and the Alley of Martyrs in Baku, Azerbaijan, Friday, Dec, 4, 2020 Azerbaijan marked a day of remembrance for those who died in six weeks of fighting over Nagorno-Karabakh that ended with a Russia-brokered peace deal that saw Azerbaijan reclaim the territories that were held by Armenian forces for more than a quarter-century. (Azerbaijani Presidential Press Office via AP)

Armenia’s Health Ministry said Wednesday that at least 2,718 Armenian servicemen were killed in the fighting. At least 55 Armenian civilians also were killed.

Russia deployed nearly 2,000 peacekeepers for at least five years to monitor the peace deal and to facilitate the return of refugees. The Russian troops will also ensure safe transit between Nagorno-Karabakh and Armenia across the Lachin region.

Associated Press writers Vladimir Isachenkov in Moscow and Aida Sultanova in London contributed to this report.

Protesters block traffic in Armenia calling on PM to resign

Armenian opposition pushes PM to step down over peace deal