Raheem Sterling has been one of the targets of Pep Guardiola’s tough love at Manchester City in recent weeks.

The message for the England international and City’s other underperforming stars has been clear: start making significant contributions or stay out of the team.

Scoring an early goal and winning a converted penalty on his return to the lineup in the Premier League was a good way for Sterling to get back in Guardiola’s good books. 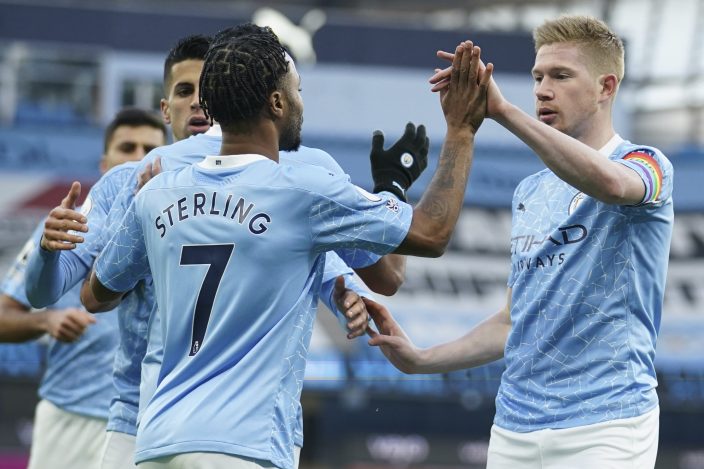 Sterling slotted home a precise finish from Kevin De Bruyne’s through-ball in the fifth minute and then was fouled for a spot kick converted by De Bruyne in City’s 2-0 win at home over Fulham on Saturday.

It was a second straight win in the league for Guardiola’s side after an equally comfortable 5-0 thrashing of Burnley last weekend, which Sterling didn’t play in because he stayed on the bench.

Indeed, he has been a substitute for City’s last two league games, after which Guardiola has laid down the gauntlet to his squad to maintain high levels or risk being left out as the team looks to recover from a slow start to the campaign. 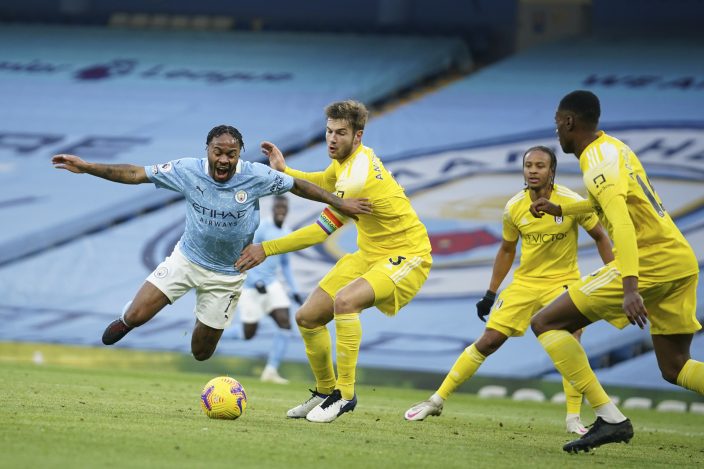 It meant Guardiola’s starting lineup for the Fulham game was again a subject of much discussion. Interestingly, center back Aymeric Laporte — previously regarded as a mainstay of the defense — was omitted for the fourth straight match since being at fault for the key first goal in a 2-0 loss at Tottenham on Nov. 21.

John Stones was preferred instead, continuing the renaissance of the long-overlooked ball-playing defender, and he nearly blotted an otherwise solid display by scoring an own-goal in the first half when he hit a back-pass beyond goalkeeper Ederson Moraes. The ball slid just past the post, to Stones’ relief.

The visitors barely threatened Ederson from their own play and City should have won by a bigger margin, with De Bruyne hitting the crossbar at the end of a counterattack early in the second half and then shooting at goalkeeper Alphonse Areola in a one-on-one chance soon after.

Guardiola opted to play two deeper-lying midfielders in Rodri and Ilkay Gundogan, continuing his approach of giving better protection to a defense that struggled at times early in the season.

It is getting results — this was City’s fourth straight clean sheet.