New Zealand needed only 16.5 overs to complete a win over the West Indies by an innings and 134 runs Sunday on the fourth morning of the first cricket test.

The stubborn seventh-wicket partnership between Jermaine Blackwood and Alzarri Joseph, which stalled New Zealand’s push for victory late on the third day, continued through the first hour. It was finally broken by Kyle Jamieson in the 59th over.

Blackwood had completed his second test century and the pair had added 155 runs when Joseph, creeping toward a first test century, was out for 86. He drove at a short, wide ball from Jamieson and lofted a catch to substitute fieldsman Mitchell Santner, running in on the off side. 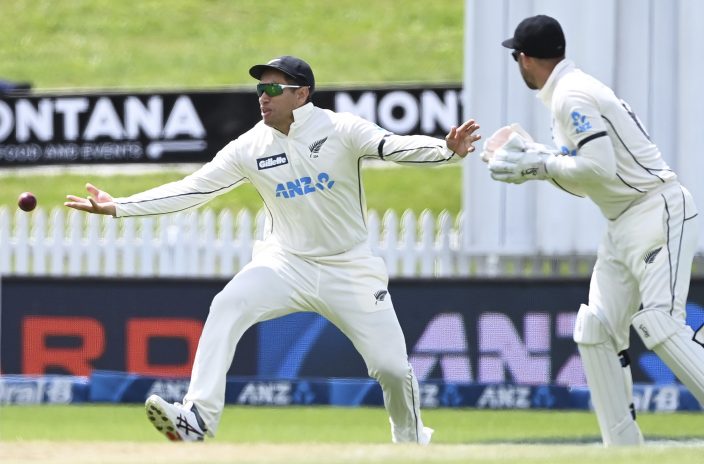 The pair came together with the West Indies 89-6 in the second innings. The tourists were bowled out for 138 in their first innings in reply to New Zealand's massive 519-7 declared.

Blackwood and Joseph had added 107 runs in swift time before stumps Saturday. They added a further 48 runs Sunday and batted through the first 13 overs, frustrating New Zealand as it sought an early conclusion to the match.

The pair occupied the crease in total for 35.5 overs, disconcerting the New Zealand bowlers who had so dominated the third day.

Blackwood quickly followed his partner, falling for 104 only five balls later. He tried to hook a short ball from Neil Wagner and the ball took the glove, popping to Tim Southee behind square.

Wicketkeeper Shane Dowrich again was unable to bat because of a broken finger.