With time running out, lawmakers on Sunday closed in on a proposed COVID-19 relief bill that would provide roughly $300 in extra federal weekly unemployment benefits but not another round of $1,200 in direct payments to most Americans, leaving that issue for President-elect Joe Biden to wrestle over with a new Congress next year.

The $908 billion aid package to be released Monday would be attached to a larger year-end spending bill needed to avert a government shutdown this coming weekend.

The cash payments were popular when they were first distributed after the pandemic hit, and Biden on Friday had expressed hope that a second wave might come after weekend negotiations. 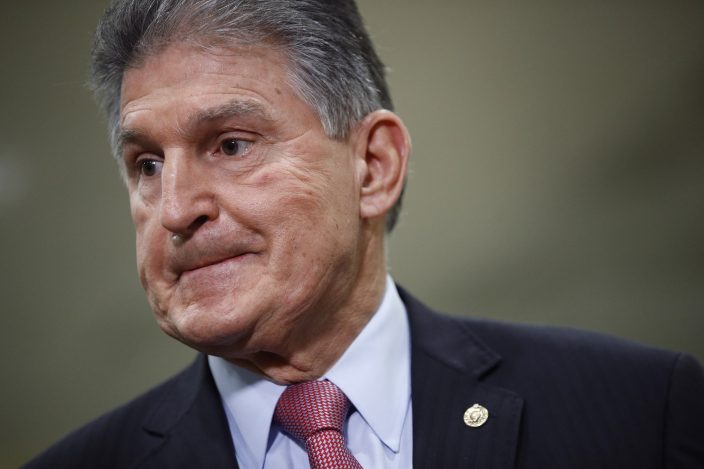 FILE - In this Feb. 5, 2020, file photo, Sen. Joe Manchin, D-W.Va., speaks with reporters on Capitol Hill in Washington. A bipartisan group of lawmakers, including Manchin, is putting pressure on congressional leaders to accept a split-the-difference solution to the months-long impasse on COVID-19 relief in a last-gasp effort to ship overdue help to a hurting nation before Congress adjourns for the holidays. (AP PhotoPatrick Semansky, File)

But senators involved in the talks said the checks won’t be included as part of the compromise, even as Sen. Bernie Sanders, I-Vt., and others said that could cause them to oppose the measure.

Sen. Dick Durbin of Illinois, the second-ranking Democrat, indicated that excluding the checks while assuring small-business aid and renters’ assistance was the only way to reach agreement with Republicans who are putting firm limits on the bill’s final price tag.

“The $1,200 check, it cost we believe nationally $300 billion to give you an idea,” he said. “The Democrats have always wanted a larger number, but we were told we couldn’t get anything through the Republicans, except this $900 billion level.” 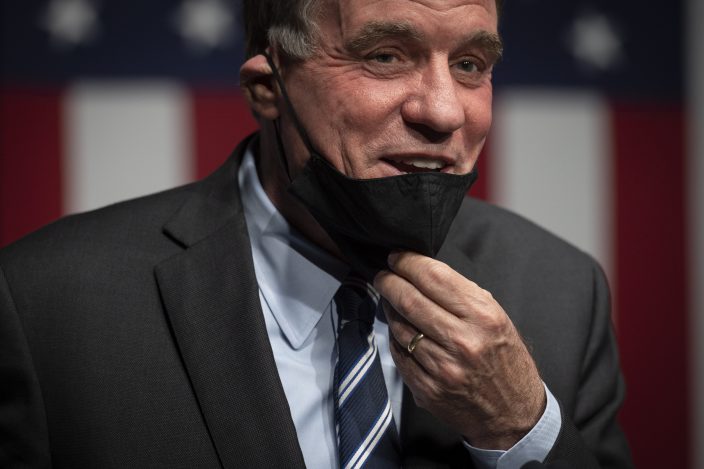 The plan being worked on by a group of Republican and Democratic senators is less than half of the Democrats’ push of $2.2 trillion and nearly double the $500 billion “targeted” package proposed by Senate Majority Leader Mitch McConnell, R-Ky.

Sen. Bill Cassidy, R-La., agreed that a new round of direct checks “may be a go” at some point. “This is not a stimulus bill, it’s a relief bill,” he said. “And it’s something for the next three to four months to help those in greatest need.”

Both he and Durbin said that McConnell has shown interest in the bipartisan effort, and Cassidy said he was hopeful that President Donald Trump would embrace it as well. 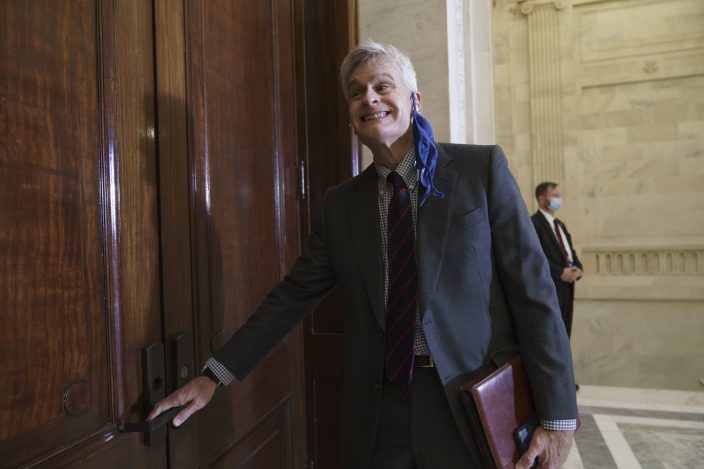 The proposal is expected to include about $300 per week in bonus federal unemployment payments, providing relief just as emergency aid payments at regular benefit levels are set to expire at year’s end. It would extend a freeze on evictions for people who cannot pay their rent and reauthorize the Paycheck Protection Program to give a second round of subsidies to businesses struggling through the pandemic.

Sanders and Rep. Alexandria Ocasio-Cortez, D-N.Y., said last week they wouldn’t support the $908 billion proposal if it did not include checks for families, and were joined by Sen. Josh Hawley, R-Mo. Sanders and Ocasio-Cortez are also against shielding businesses from lawsuits claiming negligence for COVID-19 outbreaks, a provision pushed by Republicans. 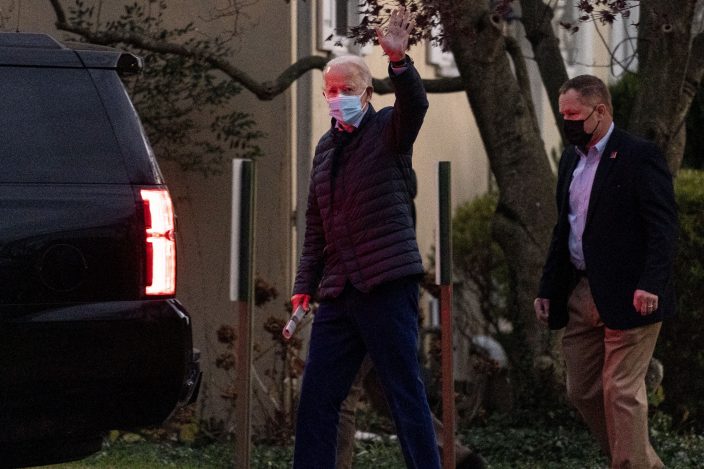 While favoring the $1,200 checks, Biden said the emerging compromise was "immediately needed” and that additional assistance could follow later.

On Sunday, lawmakers involved in the negotiations said the direct payments would have to wait until after Biden is inaugurated on Jan. 20. At that time, Biden will face a new Congress as vaccines are being distributed, with a narrowed Democratic majority in the House and a closely divided Senate potentially split 50-50 if Democrats are able to prevail in two runoff elections in Georgia on Jan. 5.

Sen. Mark Warner, D-Va., said Sanders was not involved in the negotiations and "his characterization is just not accurate” about the potential liability protections for businesses. The direct payments, he said, will be a task for Biden.

Sen. Joe Manchin, D-W.Va., said the bipartisan group was focused on extending the most urgent aid for the next four months.

“Every indication says more money is needed; we see that,” he said. “This gets us through basically the lifelines that people need and the small businesses that can survive and not go under.”

Manchin said Biden's team, when in power, "can put together a different proposal that takes us further down the road for more recovery.”

Durbin spoke on ABC’s “This Week,” Cassidy appeared on “Fox News Sunday,” Warner was on CNN’s “State of the Union” and Manchin was interviewed on NBC’s “Meet the Press.