A small capsule from Japan’s Hayabusa2 spacecraft successfully landed in a sparsely populated desert in the Australian Outback on Sunday. After a preliminary inspection, it will be flown to Japan for research. The extremely high precision required to carry out the mission thrilled many in Japan, who said they took pride in its success. The project’s manager, Yuichi Tsuda of the Japan Aerospace Exploration Agency, called the capsule a (asterisk)treasure box.(asterisk) The AP explains the significance of the project and what comes next.

WHAT IS THE HAYABUSA2 MISSION?

Launched on Dec. 3, 2014, the unmanned Hayabusa2 spacecraft touched down twice on the asteroid Ryugu, more than 300 million kilometers (190 million miles) away from Earth. The asteroid's extremely rocky surface forced the mission's team to revise landing plans, but the spacecraft successfully collected data and soil and rock samples during the 1½ years it spent near Ryugu after arriving there in June 2018. 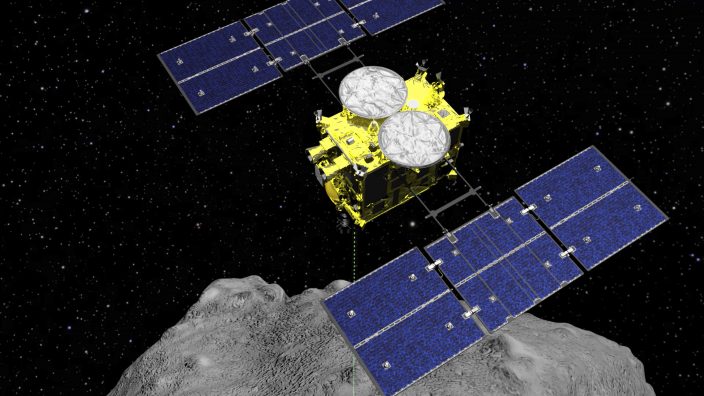 FILE - This computer graphics file image released by the Japan Aerospace Exploration Agency (JAXA) shows the Hayabusa2 spacecraft above the asteroid Ryugu. A small capsule from the Hayabusa2 successfully landed in a sparsely populated desert in the Australian Outback on Sunday, Dec. 6, 2020. (ISASJAXA via AP, File)

In its first touchdown in February 2019, the spacecraft collected surface dust samples, similar to NASA’s recent touch-and-go grab by Osiris REx on the asteroid Bennu. Hayabusa2 later blasted a crater into the asteroid's surface and then collected underground samples from the asteroid, a first for space history. In late 2019, Hayabusa2 left Ryugu. That yearlong journey ended Sunday.

Japan hopes to use the expertise and technology used in the Hayabusa2 in the future, perhaps in its 2024 MMX sample-return mission to a Martian moon. 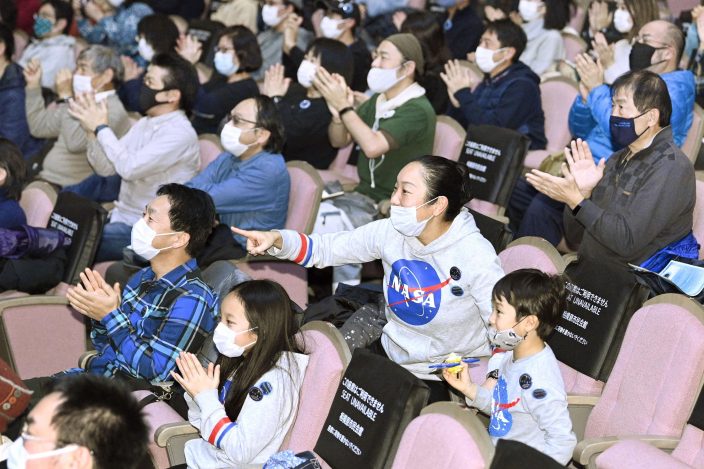 Space enthusiasts cheer as they gather for a public viewing in Sagamihara, near Tokyo Sunday, Dec. 6, 2020. A small capsule from Japan’s Hayabusa2 spacecraft successfully landed in a sparsely populated desert in the Australian Outback on Sunday. (Yu NakajimaKyodo News via AP)

Asteroids orbit the sun but are much smaller than planets. They are among the oldest objects in the solar system and therefore may contain clues into how Earth evolved. Scientists say that requires studying samples from such celestial objects. 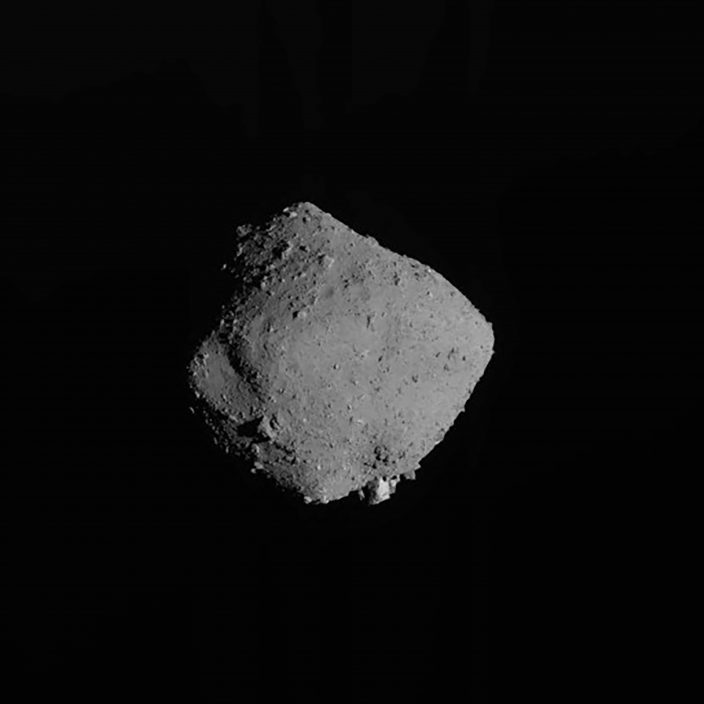 WHAT’S INSIDE THE CAPSULE?

The pan-shaped capsule, about 40 centimeters (15 inches) in diameter, contains soil samples taken from two different sites on the asteroid. Some gasses might also be embedded in the rocks. The preliminary inspection at a lab in Australia was to extract and analyze the gas. The capsule is due to return to Japan on Tuesday. It will be taken to JAXA's research center in Sagamihara, near Tokyo.

WHAT CAN ASTEROID SAMPLES TELL US?

A capsule released by Japan's Hayabusa2 spacecraft is seen as a fireball over Coober Pedy, Australia early Sunday, Dec. 6, 2020. The small capsule from the Hayabusa2 successfully landed in a sparsely populated desert in the Australian Outback on Sunday. (Kyodo News via AP)

Scientists say the samples, especially ones taken from under the asteroid’s surface, contain data from 46 billion years ago unaffected by space radiation and other environmental factors. They are particularly interested in studying organic materials in the samples to learn about how they are distributed in the solar system and if or how they are related to life on Earth. JAXA President Hiroshi Yamakawa said he believes analysis of the samples may help explain the origins of the solar system and how water helped to bring life to Earth. Fragments brought back from Ryugu can also tell its collision and thermal history.

After about a year, some of the samples will be shared with NASA and other international scientists. About 40% of them will be stored for future research. JAXA mission manager Makoto Yoshikawa said just 0.1 gram of the sample can be enough to conduct the planned research, though he said more would be better.

WHY IS HAYABUSA SUCH A BIG DEAL FOR JAPAN? 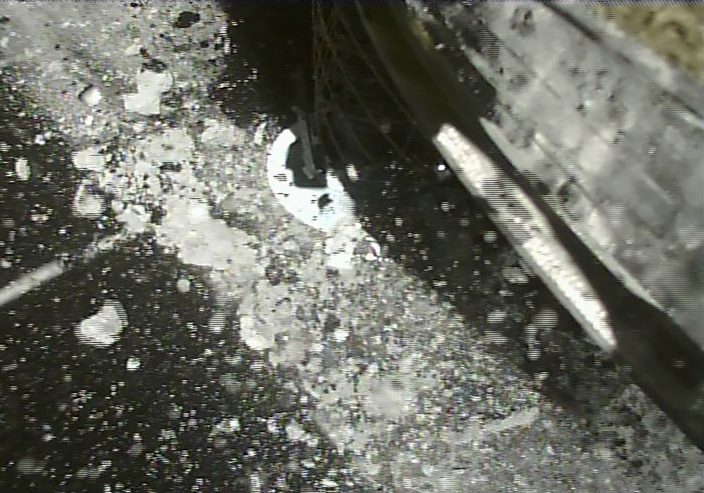 FILE - In this file image taken and released on July 11, 2019, by the Japan Aerospace Exploration Agency (JAXA), the Japanese Hayabusa2 spacecraft lands on an asteroid to collect samples. A small capsule from the Hayabusa2 successfully landed in a sparsely populated desert in the Australian Outback on Sunday, Dec. 6, 2020. (JAXA via AP, File)

Hayabusa2 is a successor of the original Hayabusa mission that Japan launched in 2003. After a series of technical setbacks, it sent back samples from another asteroid, Itokawa, in 2010. The spacecraft was burned up in a failed re-entry but the capsule made it to Earth.

Many Japanese were impressed by the first Hayabusa spaceship's return, which was considered a miracle given all the troubles it encountered. JAXA's subsequent Venus and Mars missions also were flawed. Tsuda said the Hayabusa2 team used all the hard lessons learned from the earlier missions to accomplish a 100 times better than “perfect” outcome. Some members of the public who watched the event shed tears as the capsule successfully entered the atmosphere, briefly flaring into a fireball.

About an hour after separating from the capsule at 220,000 kilometers (136,700 miles) from Earth, Hayabusa2 was sent on another mission to the smaller asteroid, 1998KY26. That is an 11-year journey one-way. The mission is to study possible ways to prevent big meteorites from colliding with Earth.