BIDEN’S HEALTH SECRETARY PICK: President-elect Joe Biden is putting a defender of the Affordable Care Act in a leading role to oversee his administration’s coronavirus response. He has picked California Attorney General Xavier Becerra to be his health secretary. If confirmed by the Senate, Becerra will be the first Latino to head the Department of Health and Human Services. 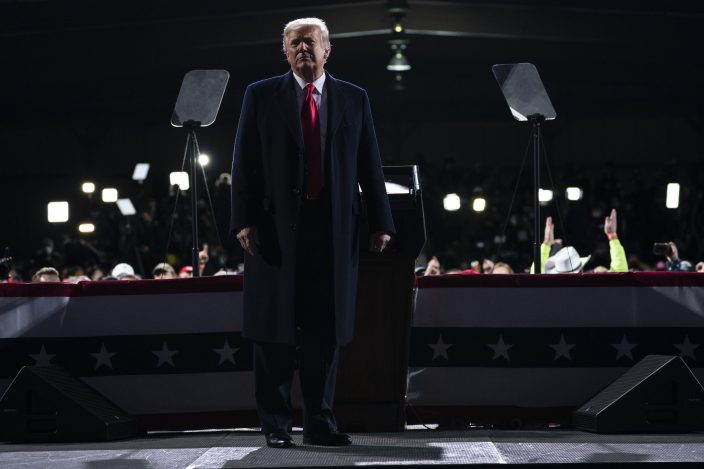 GIULIANI HOSPITALIZED: More people around President Donald Trump keep coming down with COVID-19. Now Trump says his personal attorney Rudy Giuliani has tested positive for the coronavirus. Giuliani retweeted Trump’s announcement of his diagnosis and tweeted thanks to a conservative writer who had said he was praying for Giuliani.

COVID-19 RELIEF BILL: With time running out, lawmakers are closing in on a proposed COVID-19 relief bill that would provide roughly $300 in extra federal weekly unemployment benefits but not another round of $1,200 in direct payments to most Americans. That’s an issue that Biden will have to wrestle over with a new Congress next year. The $908 billion aid package to be released Monday would be attached to a larger year-end spending bill that’s needed to avert a government shutdown this coming weekend.

FEDERAL EXECUTIONS: As Trump’s presidency winds down, his administration is ratcheting up the pace of federal executions despite a surge of coronavirus cases in prisons. The Bureau of Prisons has in recent weeks announced plans for five executions starting Thursday. The flurry would conclude just days before the presidential inauguration of Biden, a death penalty foe.

QUOTABLE: “Little did I know that most credible death threat that I encountered last week was Trump’s own lawyer,” Georgia state Sen. Jen Jordan tweeted after learning that Giuliani tested positive for COVID-19.

Newcastle still winless in EPL after 2-0 loss at Arsena ...