Vic Fangio had another terrific defensive game plan that added Patrick Mahomes to the growing catalog of quarterbacks befuddled by the Denver Broncos’ patchwork defense.

If only Fangio were similarly aggressive on offense the Broncos might have had their signature win Sunday night in Kansas City.

The Broncos (4-8) hung in admirably with the defending Super Bowl champs and trailed just 19-16 when they faced third-and-3 from their 49. Two runs should do the trick, although Melvin Gordon was running roughshod over the Chiefs and Phillip Lindsay kept getting face-planted at the line of scrimmage — like he had on second-and-4 when he gained 1 yard. 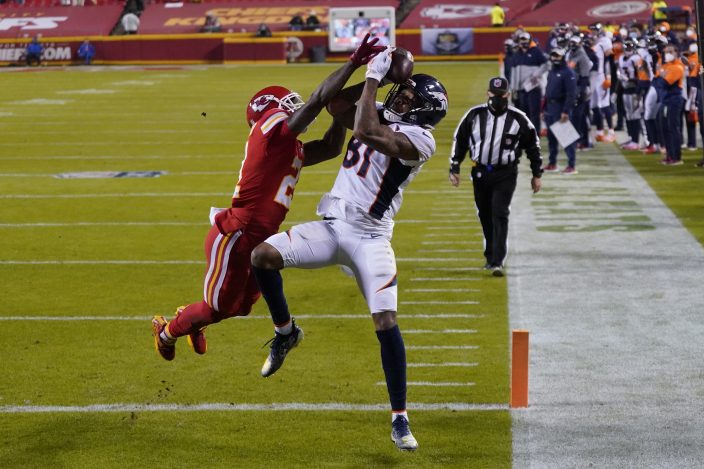 Drew Lock fired incomplete to K.J. Hamler on third down and instead of going for it on fourth down, the Broncos sent out their punt team.

Mahomes chewed up yards and clock, directing the Chiefs (11-1) on a 55-yard, 10-play drive that took more than five minutes and ended with Harrison Butker's fifth field goal and a 22-16 lead.

That left the Broncos with 64 seconds to go 75 yards. They managed 5 yards before Drew Lock threw his 13th interception and his second of the night to Tyrann Mathieu, sealing Denver’s 11th consecutive loss to Kansas City. 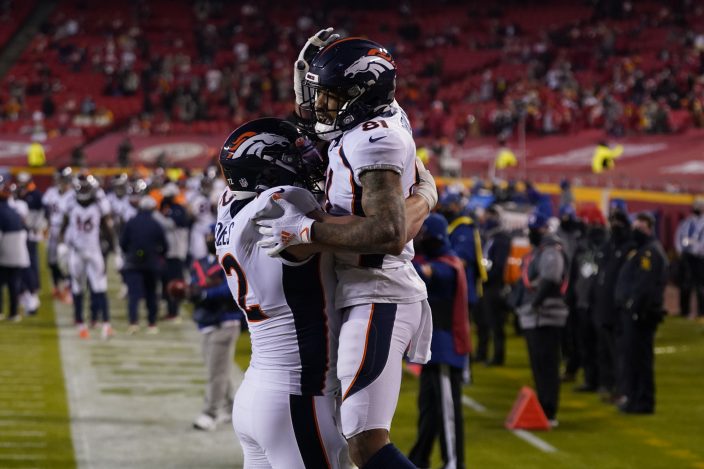 “In retrospect, should have probably gone for it," Fangio said after the game.

He seemed a little less regretful a day later, however, when he pointed out how bad the Broncos have been on third-and-short and fourth-and-short all season, and reiterated that the defense was going to have to stop Mahomes no matter what.

“We had to come up with a stop at some point in that game regardless of what we chose to do on fourth down," Fangio said. "So, that was the time I chose for us to go get that stop, and unfortunately we held them to a field goal but it burned too much time.”

After losing to Kansas City by 24, 20 and 27 points in their previous three games, losing by six showed a measure of progress.

“In my heart and in my mind, you close the gap when you beat them,” Lock said. “There are no feel-good losses in this league, ever. We did play them closer than we have before, but what does that get you? Nothing. It gets you an upset locker room. It gets you to a sad flight home.

"But we’ll learn from it and keep getting better and keep focusing on these little things that sometimes bite us in the butt.”

Adding to their indignity was Chiefs tight end Travis Kelce giving props to the wrong opponent in his post-game interview on NBC when he said, “Hats off to the Raiders.”

Shelby Harris played 32 of 64 snaps in his return from a month-long hiatus in which he and his family were infected with the coronavirus. Harris disrupted the Chiefs’ offense, knocking down two of Mahomes’ passes at the line and knocking down Mahomes himself another time.

However, he has his court case this week on an October drunken driving case and could face a three-game suspension from the NFL this month.

Rookie CB Essang Bassey (knee) will miss the rest of the season with what is believed to be a torn ACL, Fangio said, and RG Graham Glasgow (toe/ankle) will be monitored this week to see what his availability is for Carolina this weekend.

The Broncos hope QB Jeff Driskel and KR Deontae Spencer will return from the reserve/COVID-19 list Wednesday and S Will Parks, who was claimed off waivers from Philadelphia last week, is expected to join practice Wednesday.

— 20%. The Chiefs scored just one touchdown in five trips inside the Broncos 20.

— 3 for 18. Kansas City’s third-down conversion rate against Denver this season, which is of little consolation in light of the cumulative score of Chiefs 65, Broncos 32.

— 13 interceptions thrown by Lock, a league high, to go with nine TD passes.

The Broncos need to win out against the Panthers, Bills, Chargers and Raiders to avoid a fourth consecutive losing season, something that hasn’t happened in Denver since the franchise’s futile early days that included 10 straight losing seasons from 1963-72.