BIDEN'S PENTAGON PICK: President-elect Joe Biden will nominate retired four-star Army general Lloyd J. Austin to be secretary of defense, four people familiar with the decision tell The Associated Press. If confirmed by the Senate, Austin would be the first Black leader of the Pentagon. As a career military officer, the 67-year-old Austin is likely to face opposition from some in Congress and in the defense establishment who believe in drawing a clear line between civilian and military leadership of the Pentagon. 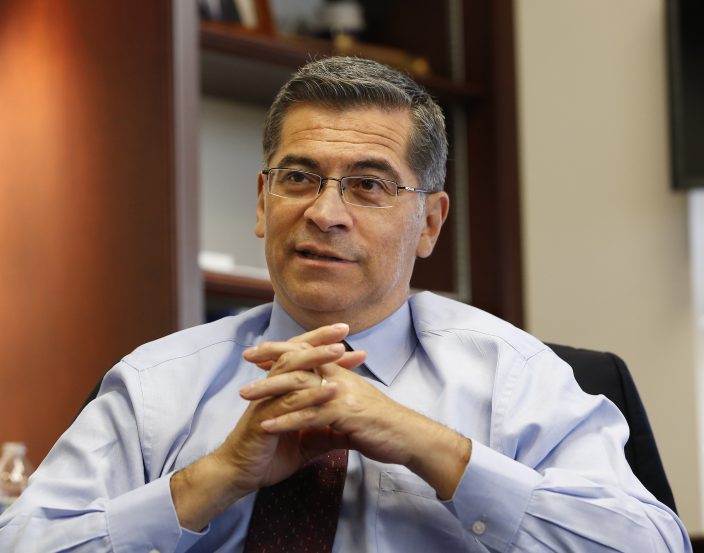 FILE - In this Oct. 10, 2018, file photo, California Attorney General Xavier Becerra discusses various issues during an interview with The Associated Press, in Sacramento, Calif. President-elect Joe Biden has picked Becerra to be his health secretary, putting a defender of the Affordable Care Act in a leading role to oversee his administration’s coronavirus response. (AP PhotoRich Pedroncelli, File)

TRUMP'S CHALLENGES: President Donald Trump and his allies say their lawsuits aimed at subverting the 2020 election and reversing his loss to Biden would be substantiated if only judges were allowed to hear the cases. There is a central flaw in the argument. Judges have heard the cases and have been among the harshest critics of the legal arguments put forth by Trump’s legal team, often dismissing them with scathing language of repudiation.

SAFE HARBOR DAY: Other than Wisconsin, every state appears to have met a deadline in federal law that essentially means Congress has to accept the electoral votes that will be cast next week and sent to the Capitol for counting on Jan. 6. Those votes will elect Biden as the country’s next president. It’s called a safe harbor provision because it’s a kind of insurance policy by which a state can lock in its electoral votes by finishing up certification of the results and any state court legal challenges by a congressionally imposed deadline, which this year is Tuesday.

VACCINE PASS: Trump is aiming to take credit for the speedy development of forthcoming coronavirus vaccines, even as his administration is coming under scrutiny for failing to lock in a chance to buy millions of additional doses of one of the leading coronavirus vaccine contenders this summer. That decision could delay the delivery of a second batch of doses until manufacturer Pfizer fulfills other international contracts.

BIDEN'S HEALTH TEAM: The health care team assembled by Biden points to stronger federal management of the nation’s COVID-19 response, a leading role for science and an emphasis on fair and equitable distribution of vaccines and treatments. With the announcement of his health secretary and a half-dozen other key officials, Biden is aiming to leave behind the personal dramas that erupted under Trump and return the federal response to a more methodical approach focused on achieving results by applying scientific knowledge in a transparent and disciplined manner.

QUOTABLE: “Plaintiffs ask this court to ignore the orderly statutory scheme established to challenge elections and to ignore the will of millions of voters. This, the court cannot, and will not, do. The people have spoken.” — U.S. District Judge Linda Parker, who threw out a lawsuit challenging Michigan’s election results.