Impatience is rising as humanitarian officials say they still don’t have access to Ethiopia’s embattled Tigray region more than a week after Ethiopia’s government and the United Nations signed a deal to allow in desperately needed food and other aid.

“Regaining access to refugees and others in need is urgent and critical for UNHCR and humanitarian organizations,” the head of the U.N. refugee agency, Filippo Grandi, tweeted Tuesday.

In a separate statement, the head of the Norwegian Refugee Council, Jan Egeland, said his organization is “deeply concerned to find that humanitarian access to the region is still significantly constrained. ... These people can no longer be made to wait. Aid must not be left at a standstill. We have been standing ready to deliver food, emergency shelter and other essential materials for weeks, and we expected this deal to clear the way.” 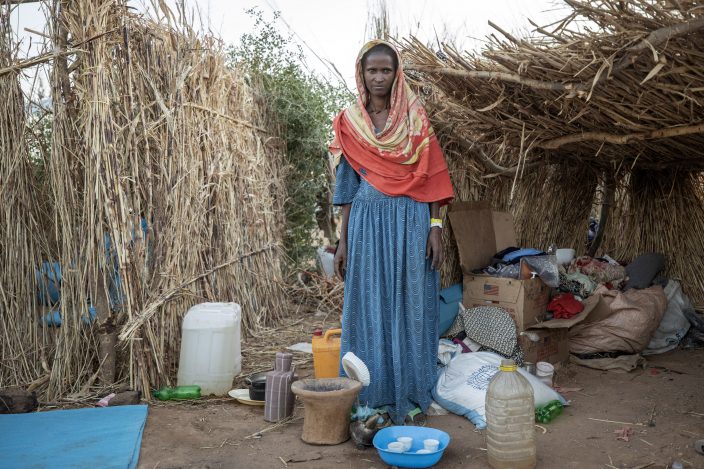 Ethiopian Tigrayan refugee 27-year-old Aksamaweet Garazgerer, who is living with HIV, stands in front of her temporary shelter at Umm Rakouba refugee camp in Qadarif, eastern Sudan, Monday, Dec. 7, 2020. Garazgerer has lived with HIV for the last 14 years and a trip to the clinic is a daily occurrence since she got to the camp searching for antiretroviral medication for HIV. (AP PhotoNariman El-Mofty)

The U.N. announced the deal with Ethiopia’s government last Wednesday, saying it was signed a few days earlier on Nov. 29. The agreement, crucially, allows access only to areas under Ethiopian government control. But even those areas are apparently not yet open.

For more than a month, since the fighting erupted Nov. 4 between Ethiopia’s government and the government of the Tigray region following months of rising tensions, aid-laden trucks have waited at the borders of Tigray, a region of some 6 million people.

Warnings have become increasingly dire about food, fuel, clean water, cash and other necessities running out. 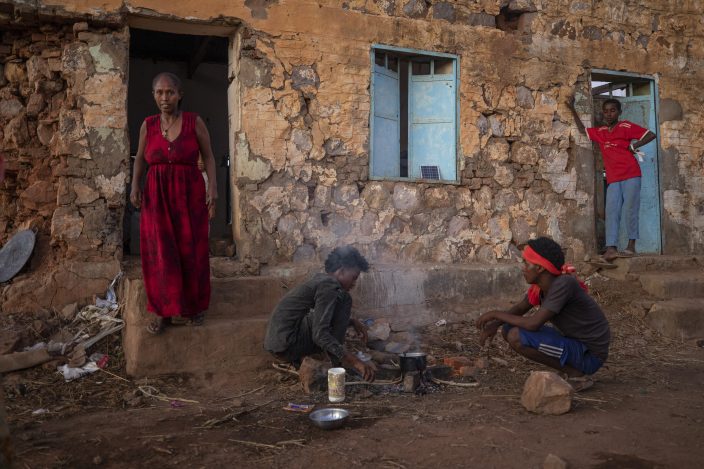 Even after Prime Minister Abiy Ahmed declared victory Nov. 28 in what he called a “law enforcement operation” against a Tigray government he now considers illegitimate, fighting has continued in parts of the region.

Thousands of people are thought to have been killed in the power struggle between the Tigray People's Liberation Front, which dominated Ethiopia's government and military for more than a quarter-century, and the government of Abiy, who sidelined the TPLF soon after taking power in 2018 and introduced dramatic political reforms that won him the Nobel Peace Prize.

Now Abiy rejects the idea of dialogue with the TPLF. Both sides are heavily armed, leading to fears of another drawn-out conflict in the strategic Horn of Africa nation that is the continent's second most populous country.