In a powerful protest against racism, players from Paris Saint-Germain and Istanbul Basaksehir walked off the field during a Champions League game on Tuesday and didn’t return after a match official was accused of using insulting language about a Black coach.

On a night when English giant Manchester United was eliminated after a 3-2 loss at Leipzig, the PSG-Basaksehir game in the same group never finished as the players from the visiting Turkish team refused to come back out because the same group of officials would be in charge.

The remaining minutes of the match will be played on Wednesday with a new set of match officials, UEFA said, following discussions with the clubs after one of the most controversial incidents in the competition’s history. 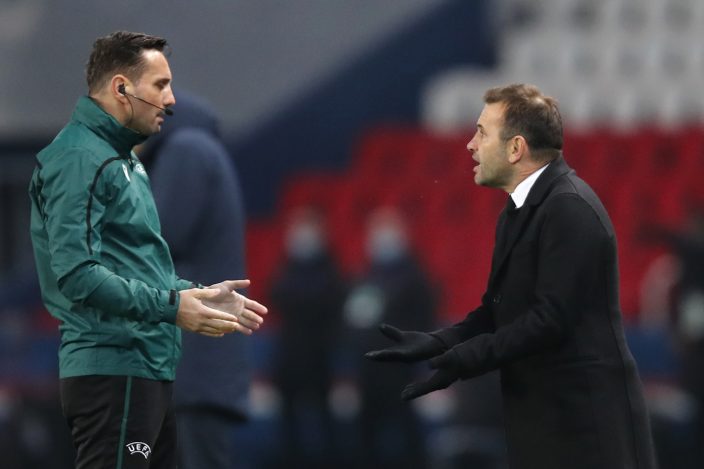 The score was 0-0 after 14 minutes when the game was stopped because Basaksehir assistant coach Pierre Webo accused the fourth official, Sebastian Coltescu of Romania, of using a racial term to describe him. It sparked a commotion in the technical area that led to Webo being sent off by the referee.

Players and coaches discussed the incident in heated fashion on the field — Basaksehir striker Demba Ba asked the fourth official whether he would have referenced a player's color if he was white — before the referee pointed for the players to leave for the locker room.

UEFA said it would “thoroughly investigate” the incident, while stating the match would restart with a different fourth official inside an empty Parc des Princes stadium. That never happened. 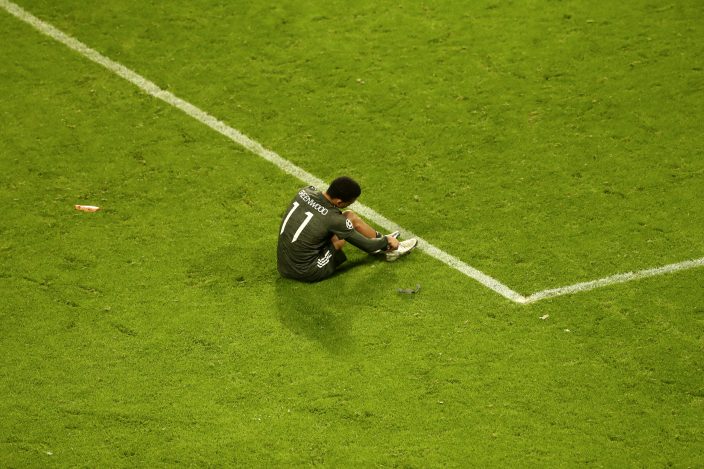 “A thorough investigation on the incident that took place will be opened immediately,” UEFA said in a second statement that announced the remainder of the match was being pushed back a day.

A top official at anti-discrimination network Fare, which helps UEFA investigate cases, said the decision by players to walk off “lays down a marker in Europe.”

“Many players are fed up with half measures to tackle racism,” Piara Powar, Fare's executive director, told The Associated Press. 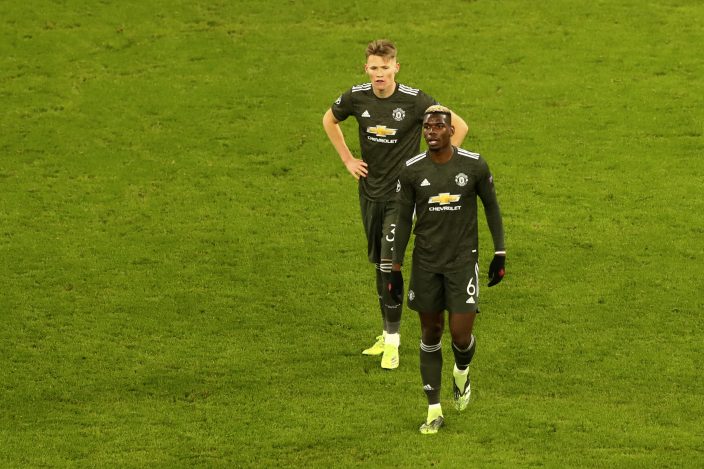 PSG’s players will return to their stadium knowing they have already qualified for the knockout stage. That’s because United was beaten by Leipzig and dropped to third place in Group H — tied for points with PSG, regardless of its result against Basaksehir, but behind the French team courtesy of an inferior head-to-head record.

In a result that weakens Ole Gunnar Solskjaer’s position as manager and further damages United’s financial state amid a pandemic, his team made a customary slow start and was 2-0 down after 13 minutes. When Justin Kluivert added a third in the 69th, Leipzig looked certain of advancing but United pulled goals back through Bruno Fernandes in the 80th and Paul Pogba in the 82nd.

A draw would have been good enough for United to progress — Solskjaer’s team beat Leipzig 5-0 in the first game between the sides — and there was drama in the final seconds when Leipzig goalkeeper Péter Gulácsi showed great reflexes to prevent an own-goal by Nordi Mukiele.

Lazio was the other team to advance Tuesday, courtesy of a 2-2 draw with Club Brugge, though the Italian team would have been eliminated at the expense of the Belgians had a shot by Brugge’s Charles De Ketelaere in stoppage time gone in rather than rebound off the crossbar.

Lazio advanced from the group stage for the first time in 20 years.

Cristiano Ronaldo got the better of great rival Lionel Messi as Juventus beat Barcelona 3-0 away to seal top spot in a group from which they had both already qualified.

Ronaldo converted spot kicks for Juventus in either half, after briefly embracing with Messi before kickoff when the pair also exchanged a few words.