This photo gallery highlights some of the most compelling images made or published by Associated Press Photographers in Latin America and the Caribbean. It was curated by AP photo editor Anita Baca in Mexico City. 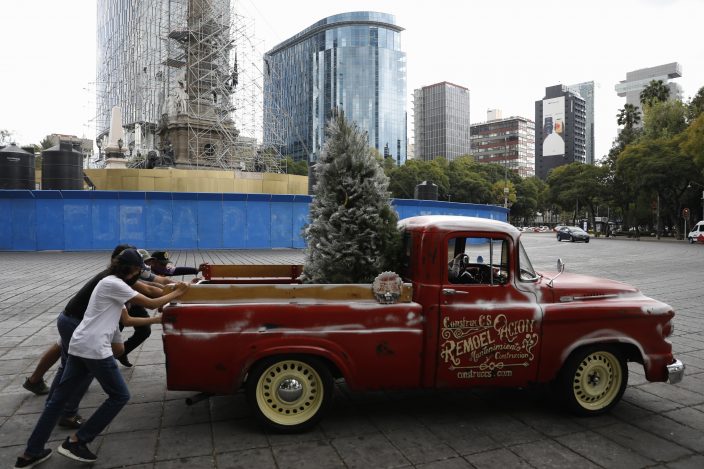 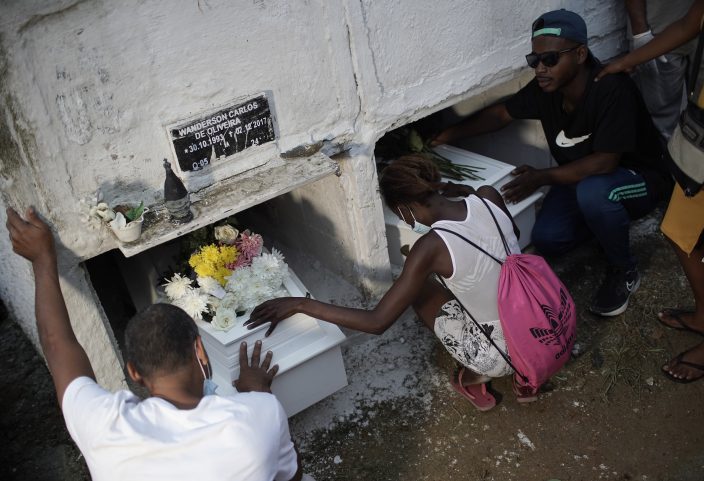 Relatives of Emily Victoria Silva dos Santos, 4, and Rebeca Beatriz Rodrigues dos Santos, 7, mourn during the girls' burial at a cemetery in Duque de Caxias, Rio de Janeiro state, Brazil, Saturday, Dec. 5, 2020. Grieving families held funerals for Emily and Rebeca, killed by bullets while playing outside their homes. Weeping and cries of "justice" were heard Saturday at their funerals, who said the children were killed by police bullets. (AP PhotoSilvia Izquierdo) 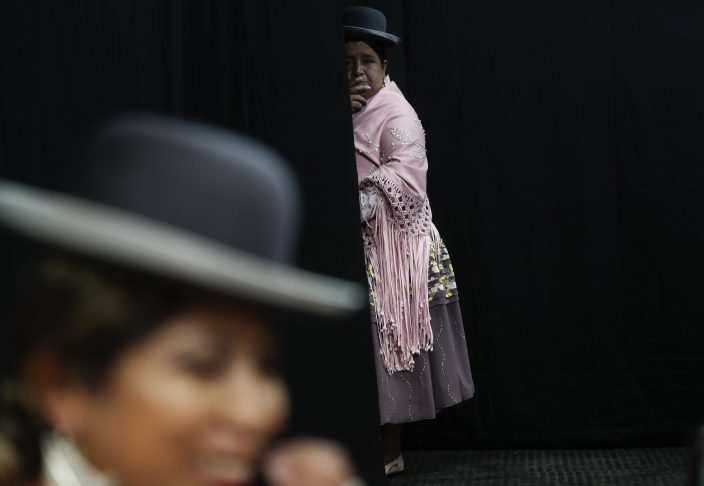 An Aymara woman looks before performing at a Chola fashion parade in La Paz, Bolivia, Friday, Dec. 4, 2020. Designers and manufacturers of Chola clothing seek to reactivate their economy with the parade. The event is named after Remedios Loza, the first woman in a skirt to be elected to the Bolivian Parliament. (AP PhotoJuan Karita) 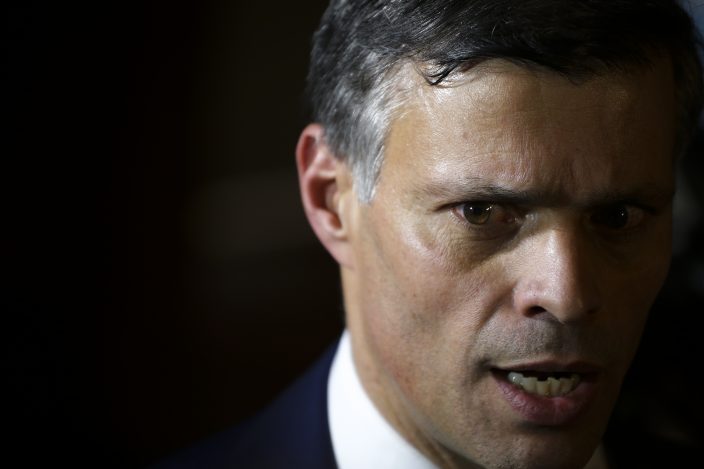 Prominent opposition activist Leopoldo Lopez speaks during a press conference, in Bogota, Colombia, Thursday, Dec. 10, 2020. Lopez, who abandoned the Spanish ambassador's residence in Caracas in October and left Venezuela for Spain after years of frustrated efforts to oust the nation's socialist president, is in Bogota for a meeting with Colombian President Ivan Duque. (AP PhotoIvan Valencia) 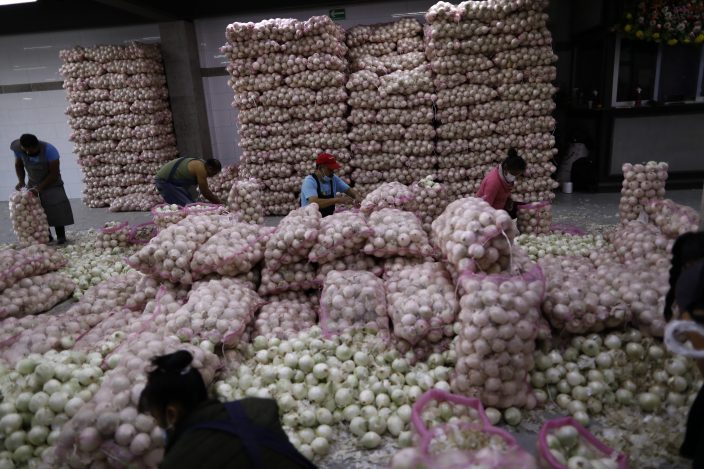 Workers, some wearing face masks, bag onions inside the Central de Abastos, the capital's main market, in Mexico City, Tuesday, Dec. 8, 2020 amid the new cornavirus pandemic. With numbers of reported COVID-19 infections on the rise, shoppers and sellers worry how increased restrictions will affect their businesses during this year's holiday season. (AP PhotoRebecca Blackwell) 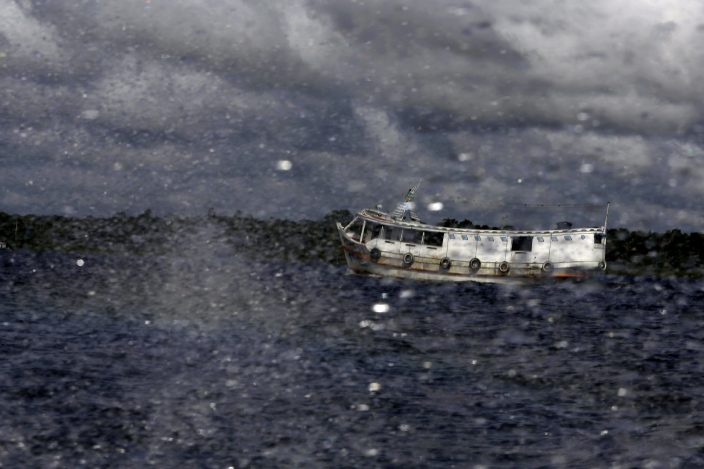 A traditional boat from the Amazon, sails on the Tauau River, near the city of Portel on the island of Marajo, Para state, Brazil, Friday, Dec. 4, 2020. Brazil is expecting a second wave of COVID-19 cases nationwide, with the state of Para reporting high numbers of people infected. (AP PhotoEraldo Peres) 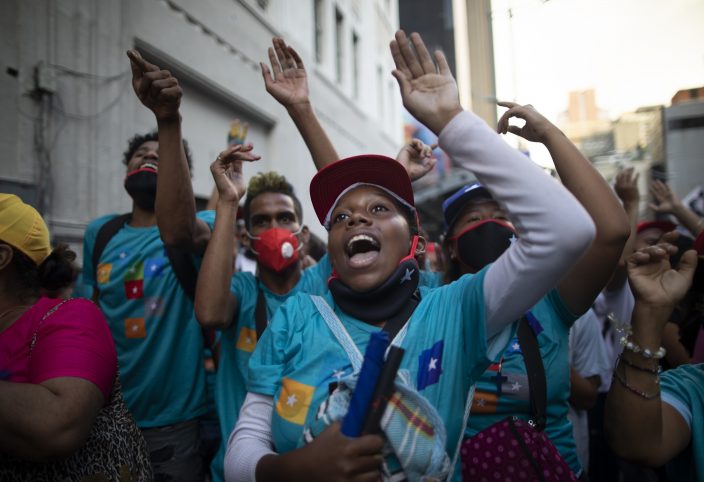 Government supporters chant in support of their candidates running in the legislative election during a closing campaign rally in Caracas, Venezuela, Thursday, Dec. 3, 2020. President Nicolás Maduro cemented formal control over all major institutions of power in Venezuela with authorities reporting that his political alliance easily won a majority in Sunday's election. (AP PhotoAriana Cubillos) 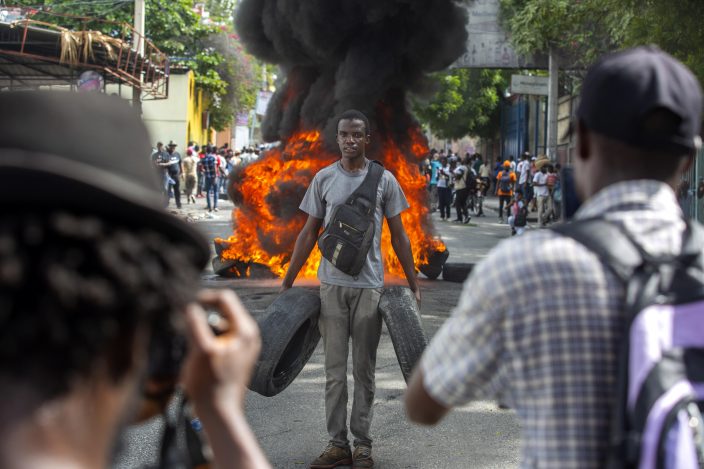 A protester, holding tires, poses for a photo backdropped by a burning barricade during a protest to demand the resignation of Haiti's President Jovenel Moise, in Port-au-Prince, Haiti, Thursday, Dec. 10, 2020. Port-au-Prince has seen an increase in gang violence and kidnappings while the government has proven to be incapable of controlling it. (AP PhotoDieu Nalio Chery) 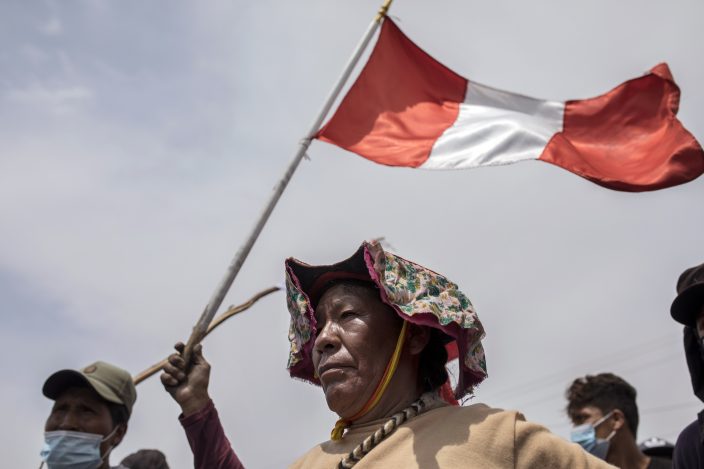 Farmworker Patricia Peralta listens to a leader near a stretch of the Pan-American South Highway blocked by farmworkers demanding better pay, on the fifth day of protests in Villacuri, Ica province, Peru, Friday, Dec. 4, 2020. Farmers demanding better pay blocked the major highway in Peru for days, resulting in truckers and motorists to be caught in nearly 10 miles (15 kilometers) of backed up traffic. (AP PhotoRodrigo Abd) 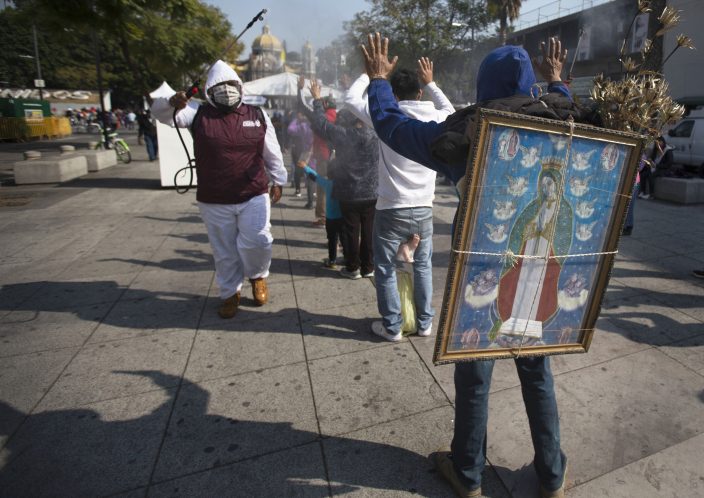 A healthcare worker disinfects pilgrims on their way to the Basilica of the Virgin of Guadalupe to curb the spread of the new coronavirus, as Alejandro Castillo carries an image of the virgin on his back, in Mexico City, Wednesday, Dec. 9, 2020. Castillo departed his home in San Gregorio Atzompa, Puebla state, along with his family to make the pilgrimage to the Basilica on Dec. 6, and made it to the temple a day before it closed to the public due to the COVID-19 pandemic. (AP PhotoMarco Ugarte)